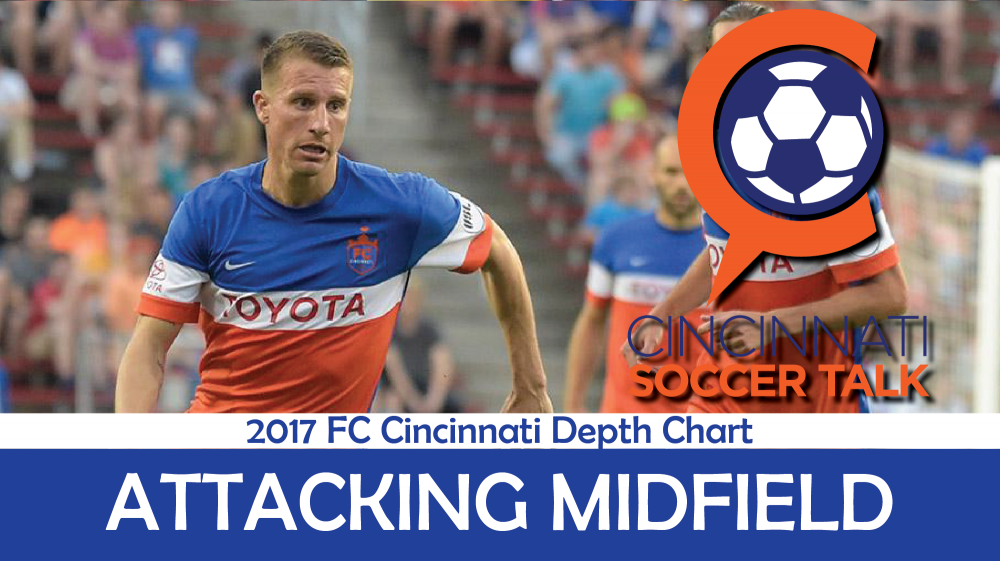 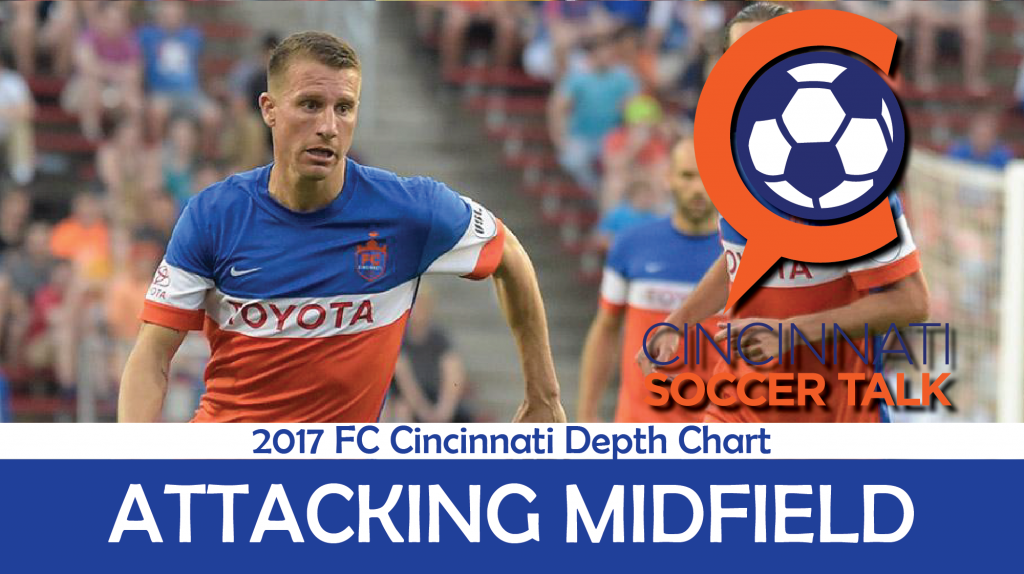 In the attacking midfield, FC Cincinnati returns Corben Bone and a duo of other players from last year’s squad. Bone, voted MVP by his peers in 2016, looks to be the anchor once again and will be backed up by Eric Stevenson. All 3 members could be under pressure from a variety of other players in the squad depending on what formation Coach Koch employs. Bone should lead the line in a 4-2-3-1 but could be accompanied by Stevenson, forward Daryl Fordyce, or CDM Kenney Walker in a 4-1-4-1. If they want to earn time this year, each player will have to bring their best performance in an ultra-competitive attacking group for FC Cincinnati.

1) Corben Bone- was the first transfer in the history of FC Cincinnati. Bone proved to be one of the bedrocks of the club in 2016 as he was tied for the club lead in assists with 5 and played in all 30 matches. While not a dynamic #10, Bone communicates well with his teammates and provides a work rate not easily matched in the league. While slotted in as the #1 CAM in our depth chart, Bone has the flexibility that could see him on occasion drop back into the CDM role in favor of Fordyce or Stevenson. His ability to work hard on both sides of the ball should earn him a spot in the starting XI for the year. Last season he couldn’t have gotten started off on a better “foot” with the club with his first goal that cemented him in club lore against Icelandic outfit KR Reykjavík and earned him a place in the Top-10 plays of the day.

2) Eric Stevenson- was my pick on the show to be the breakout player of the year in 2017. It wasn’t because he was poor or underperformed in 2016 rather he would be over a year past his hip surgery that limited him in early last season. Unfortunately, he has started off slowly this preseason. The team has looked slow and lethargic when he’s been in charge of the offense and other’s CAM’s like Bone and Fordyce might have moved ahead of him in the pecking order. A former NCAA champion at Akron and MLS SuperDraft pick, Stevenson has the pedigree to succeed. Now it’s time for him to step up reach the potential that he has shown at times. If you need a refresher, check out this goal that for my money was the best in USL in  2016 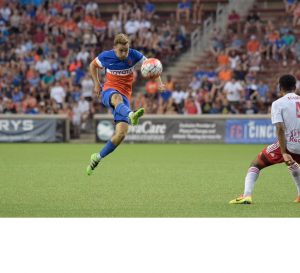 3) Francisco Narbon- is a wild card that we are not too sure what to expect out of. Narbon came into the club in 2016
as a highly touted Panamanian international with 2 caps for their senior club and 3 appearances in the U-23 Olympic Qualifying. His 2016 campaign started off with an injury and didn’t make his first appearance in the Orange & Blue until the US Open Cup match against Indy Eleven U-23. He made 4 more appearances with his last coming August 3rd against FC Montreal. We have not seen him so far in 2017 and begs the question how much will he see the field? In my opinion, after watching him in practice he has the ability to succeed at this level. He can play as an attacking or defensive midfielder so that makes one think he could see the bench at least this year. Until we hear more about Narbon’s place in the club, don’t count on seeing Narbon regularly in the squad.