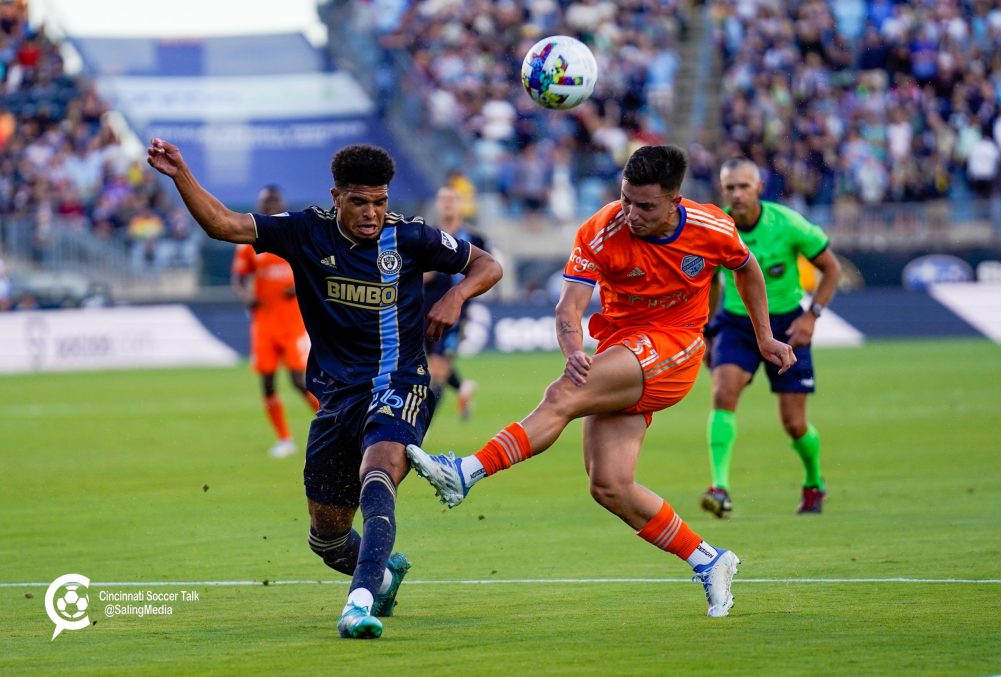 FC Cincinnati travels to the city of “Brotherly Love”, or more precisely its suburbs, to face the top seed Philadelphia Union on Thursday at 8 p.m. in the eastern conference semifinals. This marks their second ever Audi MLS Cup Playoff match following a win Saturday vs. the New York Red Bulls.

Much has been made of FCC’s relationship with the Union since former Philadelphia assistant, Pat Noonan was named the head coach for FCC this season.  The Union’s former assistant general manager, Chris Albright made Noonan one of his first hires back in December of 2021.

This relationship has proved essential in the clubs’ two previous meetings with FC Cincinnati earning four points against Philly this season.

Noonan still talks to Philly’s manager Jim Curtin often, “Yeah, we talk I would say the phone conversations, maybe a little bit less. But the text messages are constant, there’s different dialogue we have around our time working together, but just different interests that we both have in different connections to the game and outside of the game where we’re always in contact. That’s weekly” said Noonan.

“But, you know, for this particular week, maybe it’s been a little bit less. But, there’s still been a couple text messages just as far as the playoffs and the games we’re watching. And it doesn’t completely shut off. I don’t think either of us are like that. But, as we get closer to kick off, there’ll be less communication, and then, you know, we’ll pick it back up after the game.”

How We Got Here

FCC advanced to the conference semis with a 2-1 win at the New York Red Bulls on Saturday. A penalty kick goal by Luciano Acosta in the 74th minute and a slick finish by Brandon Vazquez from a Sergio Santos cross in the 86th minute sealed FCC’s first-ever playoff win.

The Union earned a bye in the first round of the playoffs after finishing first in the eastern conference and second in the supporters shield standings. This is the Union’s second top seed in three seasons, having last held the top spot in 2020. The No. 1 seed hasn’t always been an advantage to Eastern Conference teams as no top seed in the East has won their opening playoff match since 2018.

The Union did earn a trip to the 2021 Eastern Conference finals last season, falling to eventual MLS Cup champion New York City 2-1. Union fans are quick to remind everyone that they were hit with a club-wide COVID outbreak which did impact their final match. 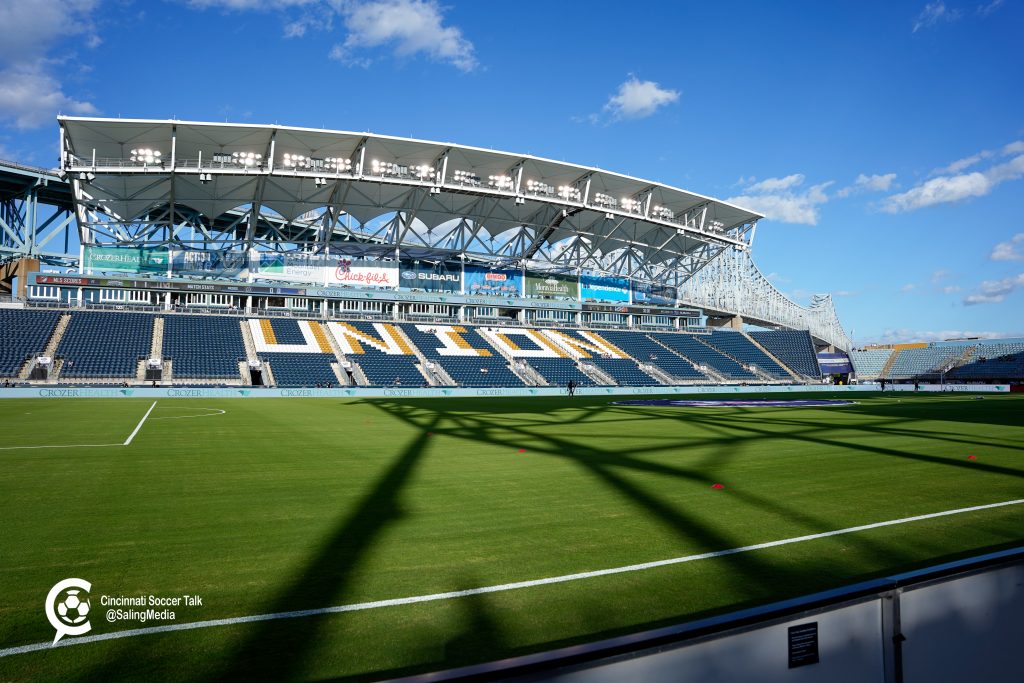 The Garys* have had the most success against the Union of any eastern conference team in 2022. FCC is the only conference opponent that Philadelphia has not defeated and one of only two teams to earn a point at the Union’s home ground.

In their first meeting on June, 18, Cincinnati earned a 1-1 draw on a goal from Vazquez in the 39th minute.

Cincinnati became just one of two teams to score more than two goals against Philadelphia in a 3-1 win at TQL Stadium in a game that many considered a coming-out party for the Orange and Blue.

When ask about the prior performances and how it helps coach Noonan said, “The players have to execute. I think, in both matchups, there was some things that we did well with the ball to help deal with a team that presses the ball very well and defends very well. So at least we saw and felt what it can look like when we have good ball movement, when we have good spacing, when we’re decisive with our movements.”

“I think it was important from our previous matchups that they at least experienced some success. Now, that’s I don’t want to say out the door, but this is a playoff game against a team that has been in this position before, at home again, with a very good crowd behind them. It is going to be very difficult. And my guess is some of the areas that we found success previously will be harder to find success on Thursday, just based on the intensity that our opponent will bring, the quality, the experience that they have.”

“We’re going to need to be very, very sharp in how we move the ball, our confidence on the ball. And then defensively, how do we deal with a team that moves the ball well, can get numbers forward very quickly, is committed to running to goal, to running in-behind? That’ll be a challenge. And so I thought there was, in our first few matchups, some areas that we were very strong in, but having said that, there were also some areas that we were exposed. And so we need to just make sure that we’re very tuned in for 90 minutes, because they won’t stop.”

Philadelphia has been superb at Subaru Park this season. Since July the Union has scored a whopping 38 goals on their home turf. Midfielder Dániel Gazdag leads the team and is tied for the league lead with 22 goals on the season and is second on the squad with 10 assists. Stemming the potent Union attack will be key for an FC Cincinnati victory.

FC Cincinnati is playing with house money as the saying goes. While many in the national and local media did not have FCC making the playoff in their preseason predictions, the Orange and Blue have continued to prove the prognosticators wrong this season. Will FCC continue the trend? If past history against Philadelphia is any indicator, they certainly have a shot.

*CST does not officially endorse the use of Garys as a club nickname. This has been used at the author’s discretion and it is a contentious issue among the staff that has caused discord in an otherwise harmonious working relationship.

Where to watch locally: