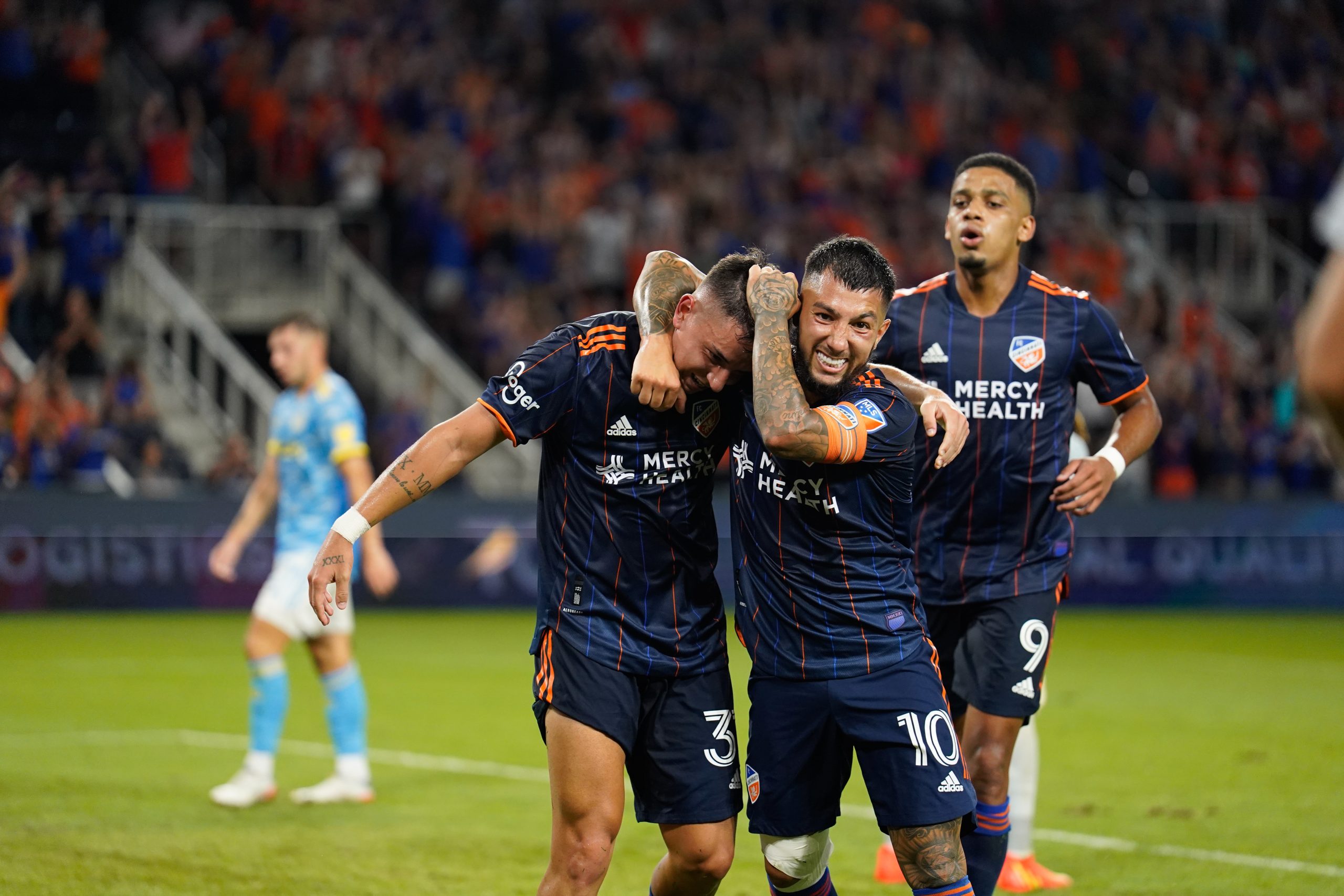 There were many great moments in 2022 for the Orange & Blue. Each of our nominees brought something unique to the overall 2022 picture. Some were big wins, great goals or steps in the growth of FCC. Lets us know what you think and if you agree with our winner!

Moments of the Year:

Nate Gilman: Coming into August, FCC lost only once in nine games but had only one win to show too. Philadelphia arrived at TQL Stadium as the hottest team in the league, scoring an absurd number of goals while conceding basically none. FCC dominated the game, en route to a 3-1 home win. The win showed that the Orange and Blue could play with the best in MLS and set the stage for the end of season stretch culminating with the club’s first playoff appearance. Sure, there were bumps along the way but any doubts I had about FCC being for real disappeared after beating the Union.

Jason Ashcraft: This was the game that showed that FC Cincinnati could compete with any team in the league. From Noonan’s game plan that made Philadelphia’s powerful attack look weak, to Brenner, Brandon Vazquez, and Alvaro Barreal all finding the back of the net; in no other game this season did FCC have so much going right. Philly has been the class of the Eastern Conference this year, and FC Cincinnati was able to win against them and do so in a convincing fashion.

Nick Seuberling: You can very easily point to the turning point of FC Cincinnati’s season and it was the day they announced the signing of defensive midfielder Obinna Nwobodo. Just look at the results. Prior to his signing, FC Cincinnati were 3-5-1 through their first 9 matches and had conceded 17 goals. He made his first start for the club on May 4th and from that point the season took off for the Orange and Blue.

His ball winning ability freed up Lucho to focus more on the attacking side and did it pay dividends. He finished 6th among all midfielders in MLS in tackles won with 49. The team finished 9-4-12 after his arrival. You cannot overstate how important that signing was to the success of the 2022 season.

Jacob Clary: FC Cincinnati has had convincing wins before, but this is the first win where it felt like the side was truly, astronomically better than the opposition. This win made me feel as if the team was actually on the come-up and the season wasn’t just a nice little jaunt. Because of this, I also think it helped give the team confidence going forward, and allowed them to get to where they are now.

Coach Gough: Jacob hit the nail on the head when talking about FCC’s 6-0 win over San Jose. To add to the momentous occasion it should not be lost on anyone that this win was AT HOME! For a fam base that has suffered so much for three years, this win was a reward that should leave good vibes reverberating through the concourses of TQL stadium for awhile.

The real reason, however, that I think this win in particular was the moment of the season has nothing to do with the total score line. Instead, this win officially eliminated FCC from wooden spoon contention. I said before the season that not winning the spoon would make the season a success, so the 6-0 victory officially marked the moment that this club became successful.

Jeremy Lance: FCC’s 1-0 win on the road at Minnesota United was a bellwether result that accomplished multiple things at once. It marked the 3rd road win of the young season and was done in a fashion that was anything but Minnesota nice.

Nothing beats rolling into an opponent’s stadium, standing toe-to-toe with them for 90 and then, when everyone thinks it’s all done and dusted, tapping in a 93rd minute winner to send 19,000 extras from “Fargo” back to their 10,000 lakes with a frown. It was a moment that showed that this team could go anywhere and ruin someone else’s weekend.

It also finally put an end to any 7-1 references. Right there on the site of our worst MLS result, we stole three points and shut down 3 years of scorn. RIP to all the gifs and memes that the Minnesota United social media person spent all week on. May they forever live in the digital trash can in the sky.

Brandon Vázquez is there for a late, late stoppage-time goal for @fccincinnati! 🤯 pic.twitter.com/thmAo4qPH8

Geoff Tebbetts: The “Moment of the Year” should be the point we can see the team solidify into a playoff machine or break down into a mess of busted cogs and gears.

For FCC this year, it’s the point when we saw Pat Noonan spit straight fire at the assistant referee after the 4-4 draw against NYCFC at home in June. After the post-match “You Blew It” comment from the AR, you could see the switch flip in Noonan, calling the comment “f**king unprofessional” while being held back by a flabbergasted Geoff Cameron.

Just based off the small clip we have, I think I've been able to break down what Noonan said.

If you didn't already love this man as our Head Coach, I don't know how you wouldn't after tonight.

Bryan Weigel: Decision Day 2022 is my moment of the year. I was about as nervous as I could be for FCC following the loss to Chicago. Lucho and Brenner quickly put me at ease and our biggest players stepped up to the task of ensuring the clubs first ever playoff berth. It also helps that we could celebrate extra harder as Orlando took care of business, eliminating the Crew.

There have been many great moments, but the huge win over the eventual Eastern Conference champions showed that FC Cincinnati was for real and a team that could contend in 2022!