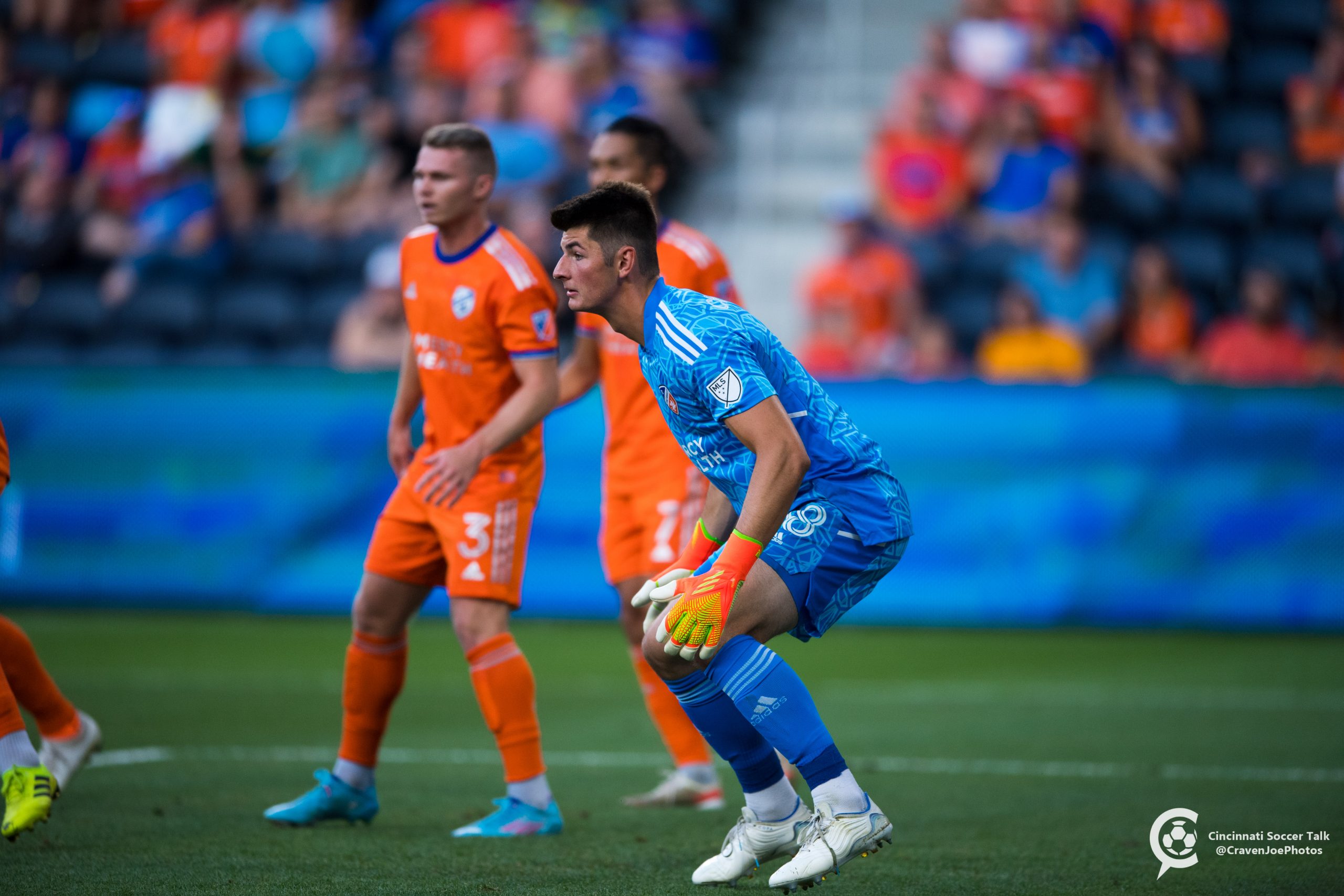 Cincinnati Soccer Talk’s End of Season Awards are back for FC Cincinnati’s fourth MLS season. Today we announce our 2022 Fan-Voted Player of the Year.

Later today we will also release our Goal of the Year,  followed on Wednesday by our Moment of the Year  and Unsung Hero on Thursday. We will end the week with the Staff-Voted Player of the Year on Friday. Stay tuned to CST as we look back on our favorite points of the 2022 FC Cincinnati season.

The votes are in and the election is certified. The CST audience has voted Roman Celentano as its Player of the Year. The rookie narrowly fended off team captain and assist leader Lucho Acosta for the 2022 award.

Celentano made 27 starts this season for FC Cincinnati in his inaugural campaign. To some, Roman was a surprise selection taken 2nd overall in the 2022 MLS SuperDraft. The keeper quickly became a fan-favorite after stopping several penalties throughout the year and helped to see out results, ensuring the clubs first ever MLS Cup Playoff appearance.

In a position that has been a thorn in FCC’s side since Day 1, the rookie exceeded all expectations. His post shot xG was even which has been a significant improvement over the past three seasons. Celentano has grown in every match becoming more confident in coming off his line and asserting himself in the box.

Widely regarded now as one of the leagues best shot stoppers, his 28.6% Penalty Kick save % has kept FCC in matches along with coming up with huge saves down the stretch. While he did have several “rookie” moment in 2022, Celentano has provided stability and confidence between the sticks that FCC have never had.

Thanks to all who voted and congrats to Roman!