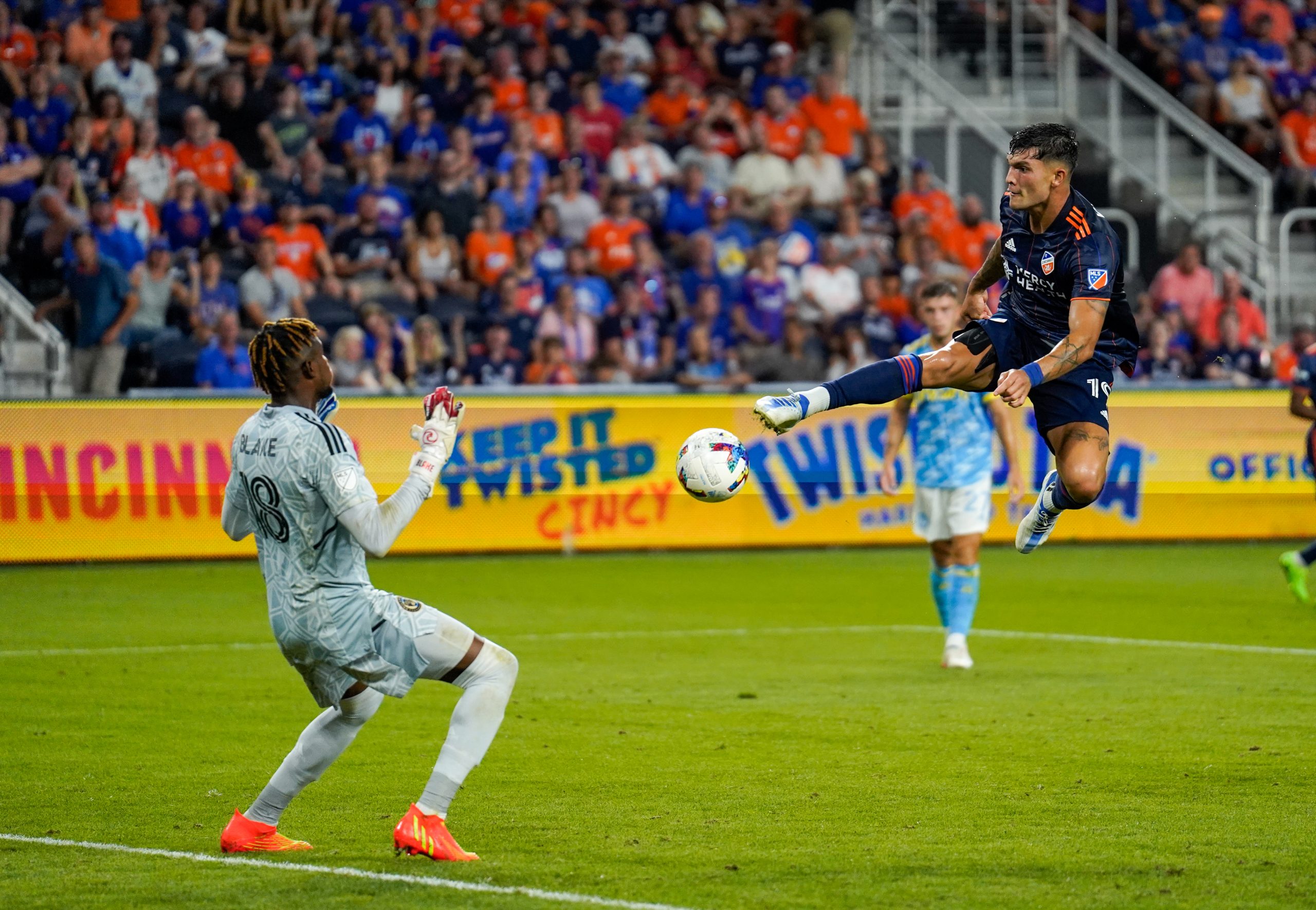 Well 2022 certainly was a better year for goals in comparison to the previous three wooden-spoon seasons. The FCC attack combined for 64 goals in ’22 vs. 80 total goals in its previous three seasons! Brenner and Vazquez each scored 18 goals becoming the first striker duo in league history to do so.

A nomination for goal of the year can come from many different metrics. How beautiful was the goal? What was the significance of the goal? Was it a golazo? How about the celebration afterward? There were many exciting goals this season with the nominees below being our staff favorites.

Miazga answers after a bad ref decision vs. Columbus

TOO HOT TO HANDLE. 🔥 pic.twitter.com/G83TKzwOkJ

Brandon Vázquez is there for a late, late stoppage-time goal for @fccincinnati! 🤯 pic.twitter.com/thmAo4qPH8

Barreal shreds the Vancouver defense off the dribble and finishes cleanly

Brenner dazzles vs. NYCFC including this beautiful bicycle

What a beautiful brace for Brenner 👏

The Brazilian's bicycle kick puts @fccincinnati up THREE goals on the defending champs in the first half.

Lucho nutmegging the Columbus midfield with a pass to Vazquez

Hagglund finally gets a hair cut vs. Charlotte

Badji cross to Vazquez for the winner at Orlando

This goal had a little bit of everything. While FCC had some good results prior to this last second winner, the significance and beauty in build up stood out for the staff. The passing sequence was sublime to break down the Loons defense and this moment was a huge point in “turning the page” for FCC. Calvin Harris’s pinpoint cross and a cool finish by Brandon Vazquez secured three massive road points in the club’s first ever playoff-clinching season.