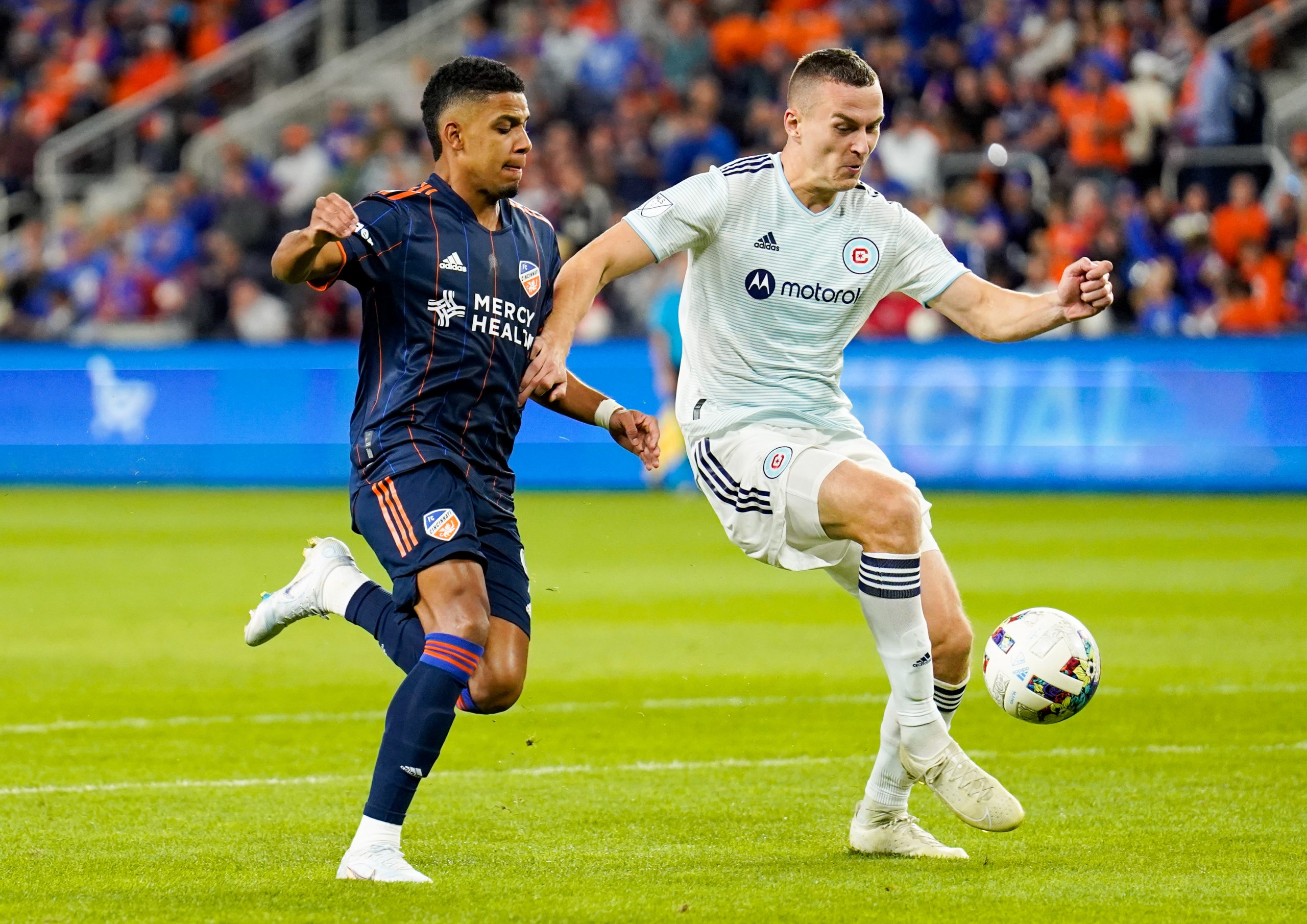 The attack is proven, it just needs to come together when it matters.

FC Cincinnati played well enough to get something out of Saturday’s game against the Chicago Fire. In the first half, the Orange and Blue created chances, heading into halftime with 1.53 xG created compared to Chicago’s 0.24 according to Futmob. Manager Pat Noonan said, “We shot ourselves in the foot with the chances that we missed in the first half that didn’t allow us to play with momentum or with a lead.” Without that breakthrough, FCC was vulnerable to counterattacks from the Fire.

MLS’s Matt Doyle highlighted the defensive lapses leading to Chicago’s goals. Because FCC didn’t take its chances in the first half, it started the second half aggressively only to concede on a counterattack. Looking for an immediate equalizer, the Orange and Blue pushed high up the field and conceded on the break again. And then one more time in the same situation.

The game state situation was firmly against FCC when a couple of chances ended up in the back of Chicago’s goal. At that point, the deficit was too big and the Orange and Blue ultimately ran out of time.

FCC got into good scoring positions but ultimately didn’t test familiar face Spencer Richey enough. But so much of scoring goals is getting into the best places to do it. It’s unfortunate that the game against the Fire was one of those games when nothing ends up in the back of the net. But there’s no reason to panic about the state of FCC’s attack heading into arguably the most consequential game in the history of the team.

One last opportunity to appreciate how good the attack has been

With one match to play, it’s worth highlighting just how good the trio of Brenner, Brandon Vazquez, and Luciano Acosta have been in 2022. They’ve combined for 41 goals and 21 assists (none of those MLS assists here). That total is even more remarkable when you remember that Brenner didn’t score his first goal of the year until June 25. How quickly things can change, and like so much of FCC’s success this year, the turnaround happened fast.

As of this writing, FCC’s front three all have non-penalty expected goals plus expected assists above 0.60 per 90 minutes. Here’s some leaguewide context. Among players who have played at least 1,500 minutes this season, Brenner, Vazquez, and Acosta are all in the top ten for NPxG+xA per 90 minutes. 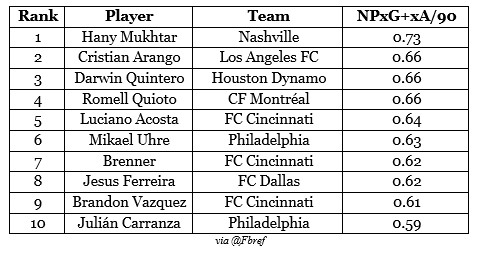 Last season one team had three players finish the season above 0.60 NPxG+xA: the New England Revolution’s Adam Buksa, Carles Gil, and Gustavo Bou. Assuming everyone is back next year, the front three put up similar numbers to a Supporter’s Shield winner.

They’ve been an elite attacking unit in MLS and there’s no reason to think they won’t have a strong finish to the season on Sunday in the District of Columbia.

A look ahead to Decision Day

In a must-win game, FCC’s attack will likely benefit from absences on the other side of the field. Center back Donovan Pines picked up a red card last game against Montreal and DC is also dealing with other injuries along its backline. Whoever ends up partnering with Steve Birnbaum will be further down the depth chart of whatever the strongest DC United team would be.

Scoring an early goal on Sunday would certainly calm the nerves of both players and supporters alike and going against an in-flux backline will hopefully help.

Taxi Fountas, who scored 12 goals in less than 1,500 minutes, won’t be playing. Christian Benteke probably will be. Benteke has just one goal in MLS but his underlying numbers have been strong in limited minutes (0.50 NPxG/90 in almost 500 minutes). However, unlike Jhon Duran, he doesn’t offer the same threat on the counterattack.

D.C. United resumed training today after two days’ off. Taxi Fountas remains in Greece. He will not return to the club until MLS investigation into allegation of using a racial slur is completed, DCU officials said. Season finale is Sunday vs Cincinnati.

Come Sunday at 1:55 PM, I’ll be looking to see exactly how much Wayne Rooney opts to end the season emphasizing the Black and Red’s youth movement. The offense should be able to create chances. Does Rooney have a secret plan to neutralize Lucho given their history together? Anything is possible but don’t bet on it. The Orange and Blue should create chances on Sunday – it’s just a matter of those efforts ending up in the goal.

Whatever happens, we’re almost certainly in for a stressful 90 minutes. And, after previous MLS seasons, that’s a welcome change. It’s what I’ll be trying to remember during the game though it remains to be seen how successful I’ll be.