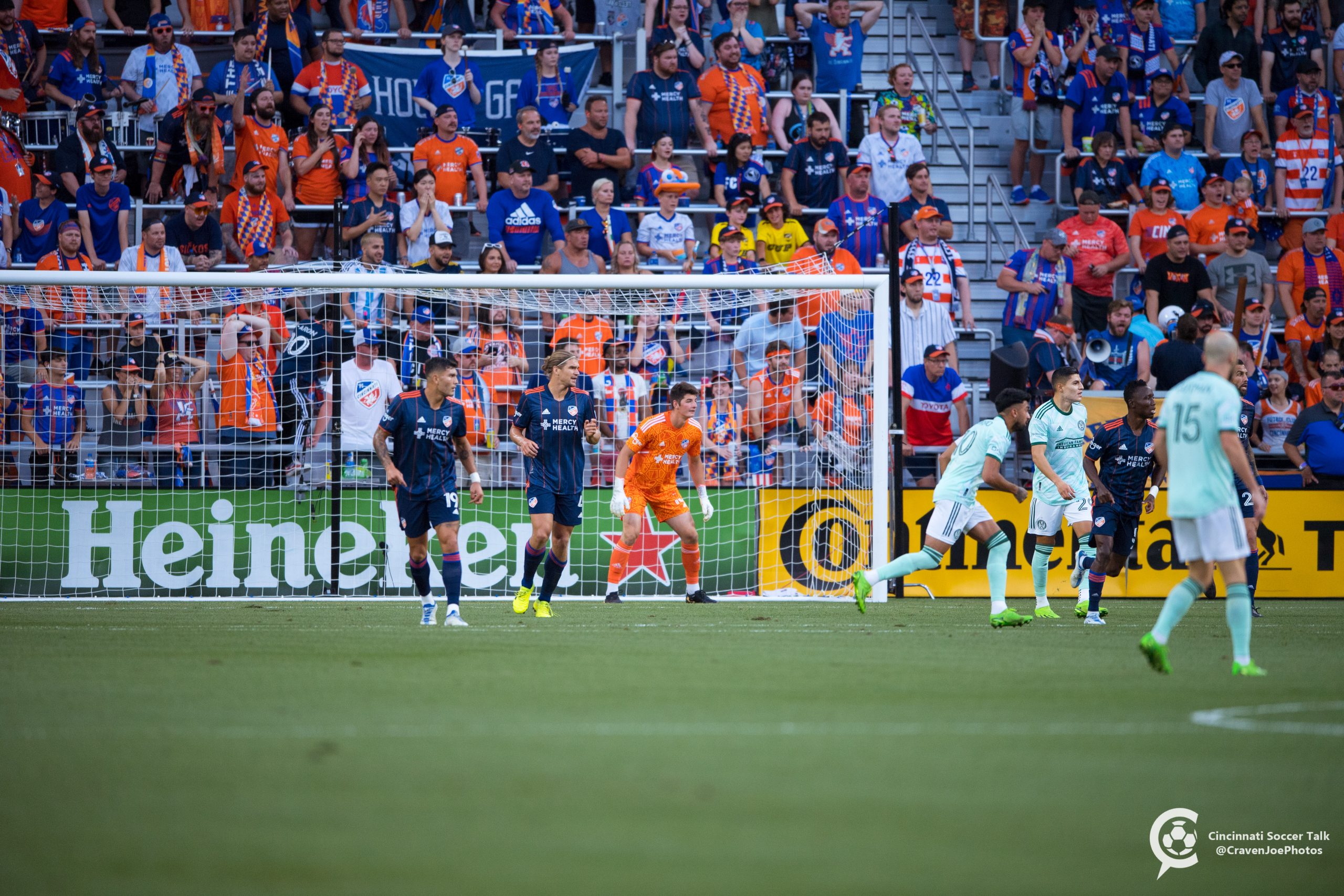 In a meaningful game for both teams, FC Cincinnati went on the road to a Western Conference opponent and left town with a 2-1 result. That hasn’t happened much in the Orange and Blue’s time in MLS. It wasn’t a pretty or dominant win but sometimes there are games where a star striker finishes a few chances, a defense keeps a lid on the opposition, and a goalkeeper stops pretty much everything else.

Though Real Salt Lake outshot FCC 17-8 and ended the game with 58% possession, the home team finished with just 0.81 non-penalty expected goals to FCC’s 0.6. Other than the penalty conceded and then saved by Roman Celentano, FCC denied clear-cut scoring opportunities to RSL after the opening goal, which came on a defensive lapse off a throw-in. Add in an offensive performance that did just enough to score two goals and FCC’s performance was a recipe for a tough road win.

With just three games remaining, FCC controls its own destiny for a playoff spot. The schedule sets up rather nicely and if the team continues to play the way it has, we might have some fun (but stressful, for me at least) soccer on the horizon.

I wrote about Roman Celentano about a month ago, but given his contributions to the Orange and Blue’s end-of-season push, figured it was okay to return to the subject.

According to Football Reference, Celentano continues to creep up the MLS shot-stopping leaderboard (PSxG), now ranking 7th out of 29 qualified goalkeepers. He’s also the second youngest goalkeeper on the list, older than only Chicago’s (and soon Chelsea’s) Gaga Slonina. The improvement in goal isn’t the only reason why FCC is playing meaningful games in September but it’s certainly one of them.

In his interview with CST, Celentano talked about adjusting to the speed of the professional game. Making the leap from Big Ten soccer to MLS was always going to take some time and he’ll have some rough games as it’s just the nature of the position. But Celentano looks like he’ll be a fixture in goal for the Orange and Blue for the foreseeable future.

FCC’s approach to pressing has varied throughout the 2022 season. In Utah, the Orange and Blue dialed back its pressing, picking and choosing its spots, especially higher up the field. Lucho Acosta’s 26 pressures, with 17 occurring in the final third, led FCC. In fact, Acosta accounted for just over half of the Orange and Blue’s pressures in the attacking third. Brenner and Brandon Vazquez didn’t put RSL’s defenders under much pressure, combining for just five pressures in the attacking third.

RSL still had chances after Brenner’s go-ahead goal in the 76th minute. RSL’s six shots generated .40 xG with goalkeeper Zac MacMath’s headed effort off a corner the best chance according to MLS’ expected goals model. So RSL put FCC under some pressure after going behind but didn’t generate clear-cut chances.

In contrast, FCC’s center-back trio attempted 60 passes traveling between 15 and 30 yards, and 29 passes targeted longer than 30 yards. That willingness to play is clear in the pass map. 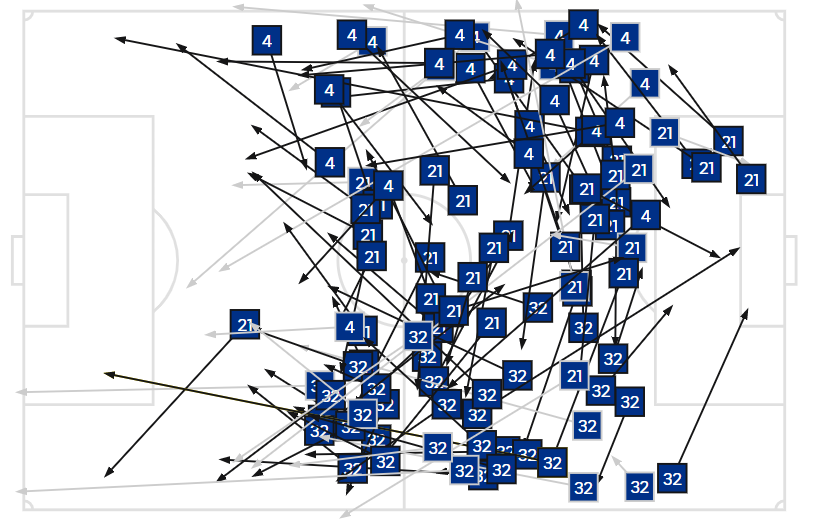 RSL didn’t press a lot in FCC’s defensive third (just 20 over the course of the match) but by looking direct, FCC’s center backs avoided most issues.

FCC has been better playing in transition. Hagglund skipping the midfield and splitting RSL’s lines with a perfect pass to Acosta started the sequence leading to Brenner’s game-winner. When Hagglund hits the pass, RSL had six players in FCC’s half, leaving Acosta, Brenner, and Sergio Santos in a 3-v-4, then as Matt Doyle noted in his column, a 5-v-4, when Lucho approached the penalty area.

FCC has thrived in moments of transition this season. When asked to break teams down with the ball, the Orange and Blue have struggled from time to time. Fortunately, assuming things continue apace, there could be a situation where FCC might end up without the ball, playing on the road in high-pressure environments. Getting the ball to one of the front three and letting them sort it out could give an opponent plenty of trouble in that purely hypothetical situation – just something to keep in mind.