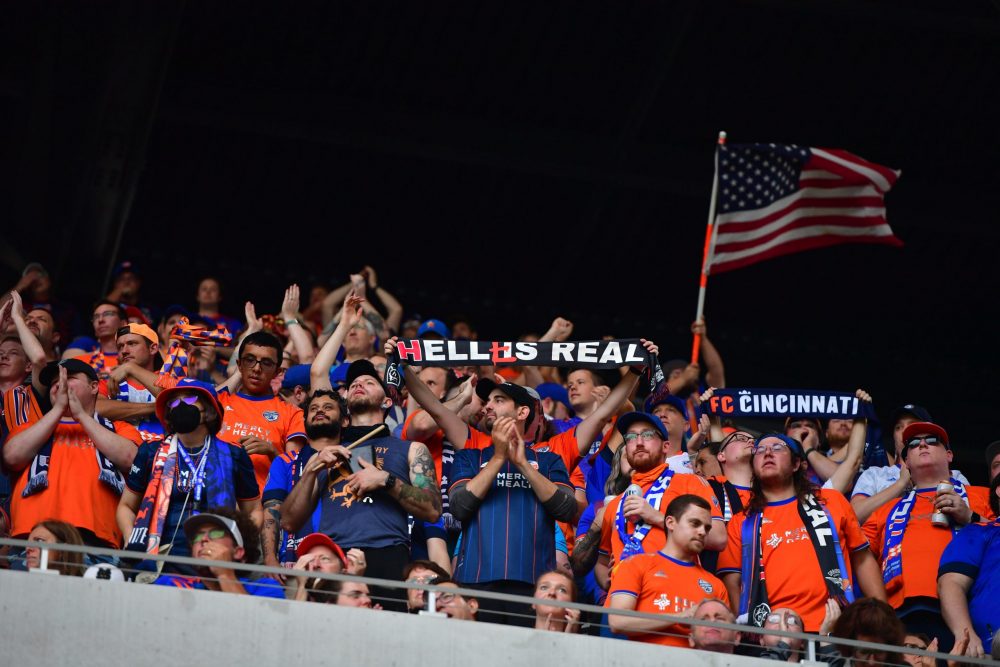 Hellish points needed by both clubs

Hell is Real always matters, but the latest edition will be even more important than usual.

Saturday’s game between FC Cincinnati and Columbus Crew has the extra significance of being a key head-to-head contest between two teams pursuing an MLS Eastern Conference playoff berth. With the number of league matches remaining in the 2022 season down to eight, Pat Noonan’s FCC side finds themselves on the outside looking in, having earned 34 points this season. One point fewer than Columbus, who holds the seventh and final playoff berth.

Saturday will be the 10th MLS match in the rivalry, with Columbus having won five and drawn three of the previous nine contests. The Crew defeated FCC 2-0 at Columbus in July in what was one of the Orange and Blue’s least inspired performances of the season.

In comments distributed by the club to the media, Noonan recognized that this game has a different feel to it.

“You know, last time we discussed [the rivalry ahead of] the first matchup was, a lot of us haven’t been a part of it. And so how do we better understand the significance of it, just from the club’s perspective and the fan base? And so yes, this week has felt a little different,” Noonan said “There’s no two ways about it. And I think the group understands certainly the importance of a strong performance and the quest for three points, but also where we’re at in the table, that’s going to be a recurring theme in conversation. Because we’re very tight in these spots in the table, and we’re trying to jump [Columbus].”

Noonan added such an occasion always calls for leading lights in a team to step up and show the way forward, not just with their skill, but with heart and desire.

“Yeah, you need your biggest players to have their biggest performances in games like this. That’s what separates them. So certainly we have confidence that our group and players that have stepped up time and again will provide much of the same on Saturday,” Noonan said. “ But like you said, it’s going to take every player on the field, every reserve, and sometimes it’s not about the tactics, it’s just about the energy you bring, your willingness to fight and sacrifice and do a lot of things that benefit the team in getting a result we’re looking for.”

One of those players for FCC should be attacking midfielder Luciano Acosta The Argentine was suspended for the first matchup between the two sides, but is raring to go for Saturday’s match at TQL Stadium.

“I think you can see in his week of preparation that he’s excited to be on the field for this matchup,” Noonan said. “And that certainly changes our team dynamic when he’s on the field. So how can we put him in positions to continue to make plays for us? It’s nice to know that he’s available to start this matchup.”

Unfortunately for FCC, a player who will not be able to make an impression on the game is standout midfielder Obinna Nwobodo, who sits out with a suspension for yellow card accumulation.

Noonan admitted Nwobodo’s absence is a major setback for his team as they approach the important game.

“Certainly we lose that ball winning ability, the ability to close the ball, and when you’re talking about the quality of players that Columbus has certainly with, with [Lucas] Zelarayán, with Cucho [Hernández], he’s somebody that can close really creative players and make plays that not everybody can,” Noonan said. “So how can we position our group now to understand the strengths of those players, how they bring their teammates into the game, you know, the threats of [Derrick] Etienne, of [Luis] Díaz running in behind? Their outside backs if they’re playing in a four, how it involves them in the attack. We’ll just try to think about different ways where we can limit their availability on the ball.”

Crew head coach Caleb Porter was succinct in his summary of the importance of Saturday’s game.

“This is the one you highlight on the calendar,” Porter said in comments distributed by the Crew. “It’s a fight between two cities, for bragging rights. That’s why they call it Hell Is Real because whoever is on the wrong end of the result, you feel like you’re in hell. It’s that simple.”