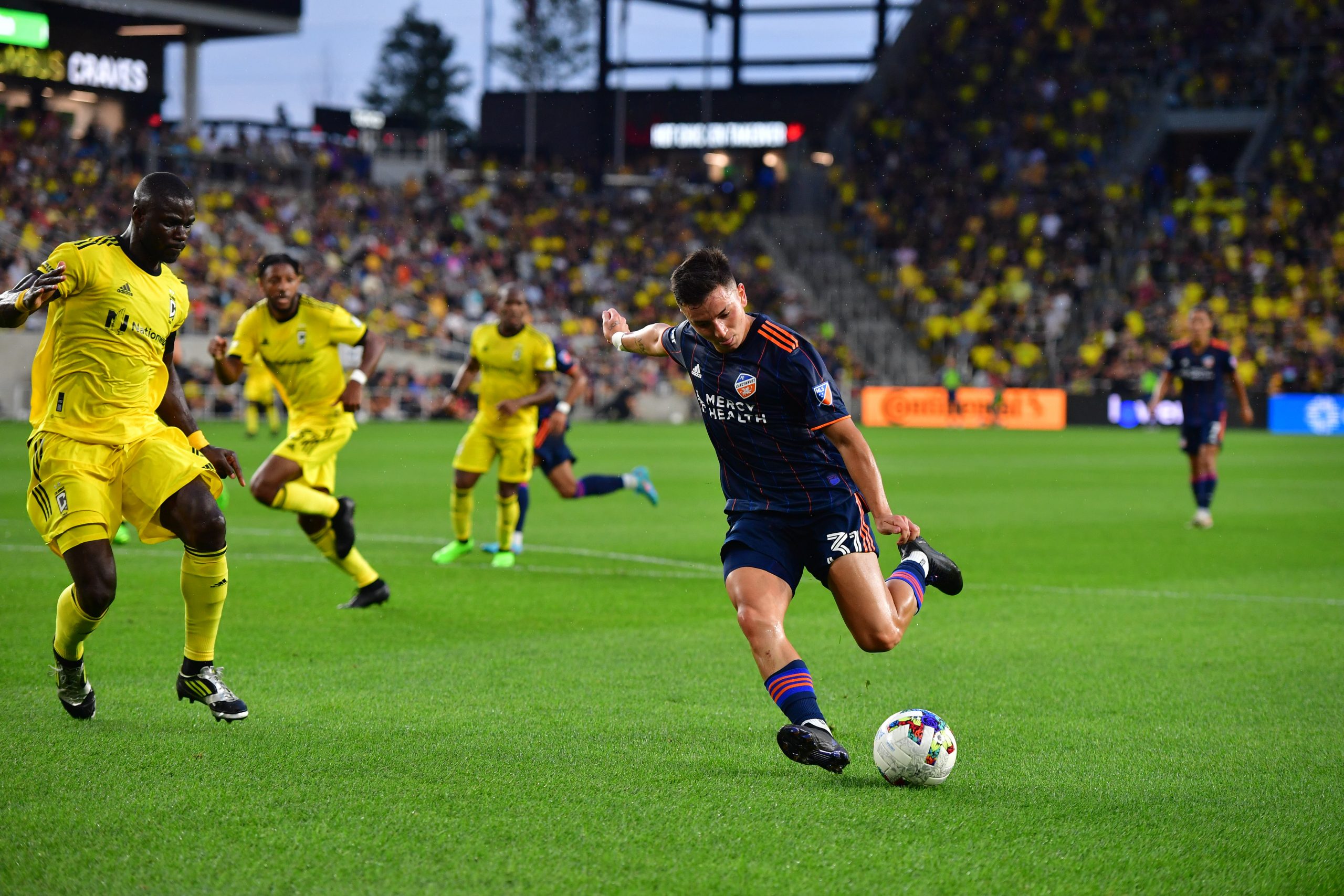 The first Hell is Real derby of 2022 was a game of thin margins and what-ifs. Think how much different the game might have been if Álvaro Barreal had scored three minutes into the game. Instead, Eloy Room intervened and Cucho Hernandez’s inch-perfect flick header opened the scoring just 13 minutes later. Lucas Zelarayán’s converted penalty in the 86th minute effectively ended the game but FCC had promising spells of play in the intervening minutes. The Orange and Blue just couldn’t convert.

Columbus controlled much of the first half as FCC seemed to get off to a slow start. One potential reason for that was a change in formation.

Change in shape doesn’t pay off

With the continued absence of Lucho Acosta, Noonan opted for a 4-2-3-1, shifting away from the 5-2-1-2 in recent matches.

Barreal, who admirably filled in for Acosta as a central playmaker against Vancouver, was pushed wider, nominally playing as a left winger. In that role, he was a little more isolated, as is clear by his pass maps comparing the game against Columbus to the previous one against Vancouver.

Despite not impacting the game as constantly as he did against Vancouver, Barreal’s flexibility and work rate continue to make him indispensable for Noonan. And, as I mentioned above, it was Barreal who was so close to changing the game with an early goal. In previous matches when Noonan has opted for a 4-2-3-1, Barreal and Acosta were able to interchange on the left, creating overloads or opening space for each other as well as teammates. Barreal still got on the ball quite a bit on Sunday but he was often attempting to impact the game from wide instead of centrally.

Brenner was also asked to play a little bit out of position, dropping deeper to occupy space underneath Brandon Vazquez’s striker role. Though Brenner successfully received 24 of 26 passes just two were recorded as progressive passes. Because he wasn’t able to receive the ball in advantageous areas with a runner or two ahead of him, FCC’s build-up play was often stagnant and defaulted to hopeful long balls forward. 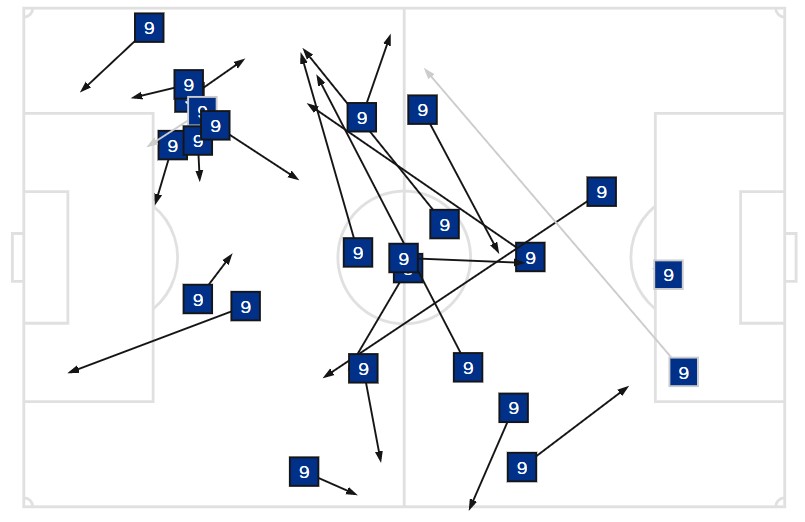 Brenner dropped in and looked to switch play but he never really found the ball in dangerous areas in the attacking third. His potential discomfort in the role shouldn’t be a surprise as it’s a role in which he’s logged very few minutes.

The Orange and Blue enjoyed a better period of play in the second half, particularly as its high pressure started to impact Columbus. FCC pinned the Crew deep in its own half for stretches, though Darlington Nagbe continues to be dangerous on the dribble given space, especially after breaking high pressure. However, the Orange and Blue just couldn’t find the equalizing goal.

With one game left in Acosta’s suspension, I’ll be interested to see how Noonan sets FCC up next weekend. Whether he opts to stick with the 4-2-3-1 or reverts to the 5-2-1-2, it’ll be imperative for Barreal, Brenner, and others to rise to the occasion and create chances in Acosta’s absence.

Rookies continue to step up

Murphy is an above-average MLS center back according to American Soccer Analysis’ goals added model and was very solid in his 84 minutes against Columbus. Murphy didn’t record a tackle according to Football Reference data but he finished his shift with two interceptions, six clearances, and three blocked shots. Murphy’s contributions were largely in things that don’t show up on the stat sheet. He was rarely out of position and used his pace and quickness to shut down Columbus’ attacks.

Celentano isn’t quite a net positive according to shot-stopping measures but he’s very close, conceding 23 goals on 22.5 post-shot expected goals. For context, Celentano’s shot-stopping ranks 16th out of 24 goalkeepers who have played at least 10 90s. Still, even with a slightly below-average shot-stopping mark, Celentano has represented a major upgrade on the goalkeeper play FCC has gotten in previous seasons. To get nearly league-average goalkeeping from a rookie is a positive as Celentano should continue to improve with more professional minutes.

With growing emphasis on homegrown players molded in academies and the additional player acquisition methods available to front offices, finding contributors in SuperDraft is as difficult as its ever been. I’ve written about it before but getting even league-average play out of MLS draftees is a major victory for Chris Albright and the rest of the front office. For the coaching staff to rely on both players to step up in one of the most charged environments of the season bodes well for their continued development into contributors and potentially more.

In his post-game press conference Noonan said, “And in the end, we concede on a set piece and a PK. Games are going look like that on the road where you have to defend and defend well, and I think we were unfortunate, but also they were the better team on the night.”

Despite a 2-0 loss on the road in a match where little went right and missing its talisman, the Orange and Blue played Columbus tight. Noonan is right that the Crew were the better team on the night, especially in the first half. But the Orange and Blue showed resilience and nearly clawed its way back into the game. FCC didn’t get the breaks it needed but, at the same time, clearly didn’t play its best either. There’s a positive in that. If Sunday’s game was any indication, the days of one-sided matchups, at least in favor of Columbus, are over.