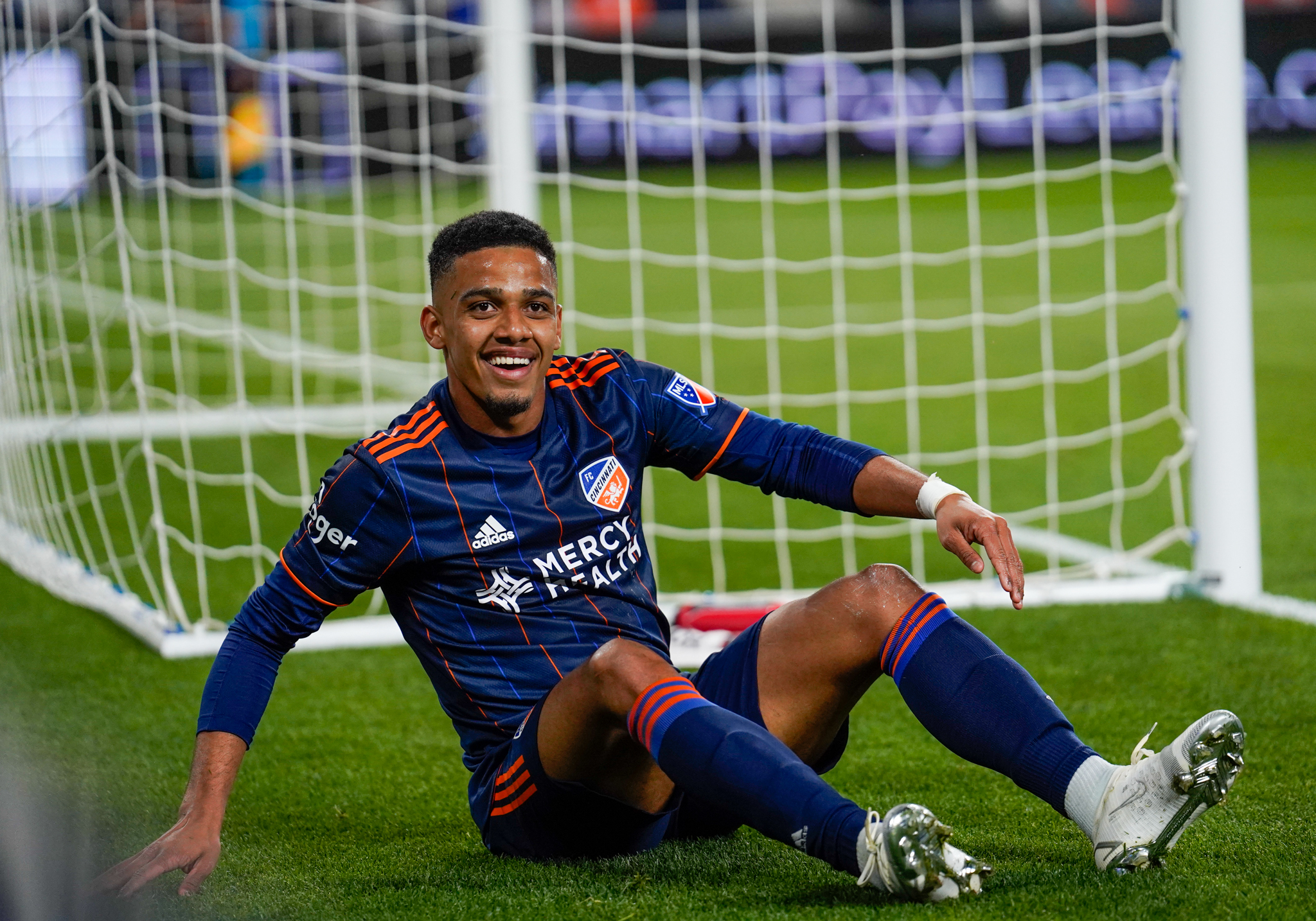 The U.S. Open Cup draw for the fourth round had many FC Cincinnati fans waiting for rematches. Unfortunately, Detroit City and Louisville City were drawn to face each other. The Orange and Blue travel to the Bay State for a midweek challenge against the New England Revolution.

The U.S. Open Cup draw for the fourth round had many FC Cincinnati fans waiting for rematches. Unfortunately, Detroit City and Louisville City were drawn to face each other. The Orange and Blue travel to the Bay State for a midweek challenge against the New England Revolution. FC Cincinnati did not opt to host in this round, forcing travel between away games at Minnesota and Chicago.

FC Cincinnati comes into this match with four wins and a draw in their last six games overall competitions. The first of those four wins was a rugged 2-0 Open Cup win over Pittsburgh Riverhounds SC that required added extra time to finish. Alvaro Barreal played the hero with two goals in the extra 30 minutes. Goalkeeper Roman Celentano made two saves to preserve a clean sheet in his pro debut.

The Orange and Blue roll into this matchup on their first three-match MLS winning streak. The defense has been surprisingly stout, giving up only one goal over that span. While the offense itself is still trying to match the high output from expected goals, the team has still churned out a +2 goal differential since the disastrous 5-0 opener at Austin FC.

Wednesday’s matchup against New England will be FCC’s fourth match in 12 days, but the schedule congestion has yet to trip up the squad. However, much like the match against Pittsburgh, the tight travel schedule might force manager Pat Noonan to play more youth and second-team players. Expect a good deal of bench players and FCC2 callups to be present.

While it is hard to predict the full playable lineup, the team will likely be without Brenner (back), Yuya Kubo (ankle), and Alec Kann (lower body) for this matchup. Allan Cruz has also returned to training after a leg injury. While Geoff Cameron left the field from apparent leg troubles on Saturday, it does not appear that it will sideline him this week.

While their “2” teams squared off in MLS Next Pro play last month, Wednesday’s Open Cup matchup will be the first between the FC Cincinnati and New England first teams this season.

The squads have much more in common now that the Orange and Blue are under new management. Noonan played the majority of his career with New England from 2003 to 2007, leading the Revs to three consecutive MLS Cup finals (2005-2007) and helping the squad win their only U.S. Open Cup in 2007. This will also be a reunion between New England head coach Bruce Arena and his son, FCC assistant coach Kenny Arena, for the first time since 2019.

After losing 2-0 to FC Cincinnati in their first meeting in 2019, the Revolution have won the last three matchups. Forward Adam Buksa played a major factor in both wins last season. The Polish striker scored the lone goal in a 1-0 victory at TQL Stadium and a brace in a 4-1 demolition at Gillette Stadium. Reigning MVP Carles Gil has also played well against FC Cincinnati (1 goal, 2 assists in four matches), while goalkeeper Matt Turner has two clean sheets in three games.

Having dealt with those early international matches, the Revolution have started shakily. New England sits 11th in the Eastern Conference, losing five of their first 10 matches this season. Their three wins have come at home, and the team is returning to form with a healthy Turner. Buksa and Gil have shouldered much of the team’s scoring with 7 goals and 6 assists between them. However, wing-backs DeJuan Jones and Brandon Bye have become steadfast locks in their fourth seasons.

The Revolution have opted to gain experience in the offseason, bringing in USMNT stalwarts Jozy Altidore and Sebastian Lletget. Due to their own schedule congestion, New England will likely get their youth more involved. Forwards Justin Rennicks and Ryan Lima could get the bulk of the offense, while newly-signed goalkeeper Djordje Petrovic is expected to start in net.