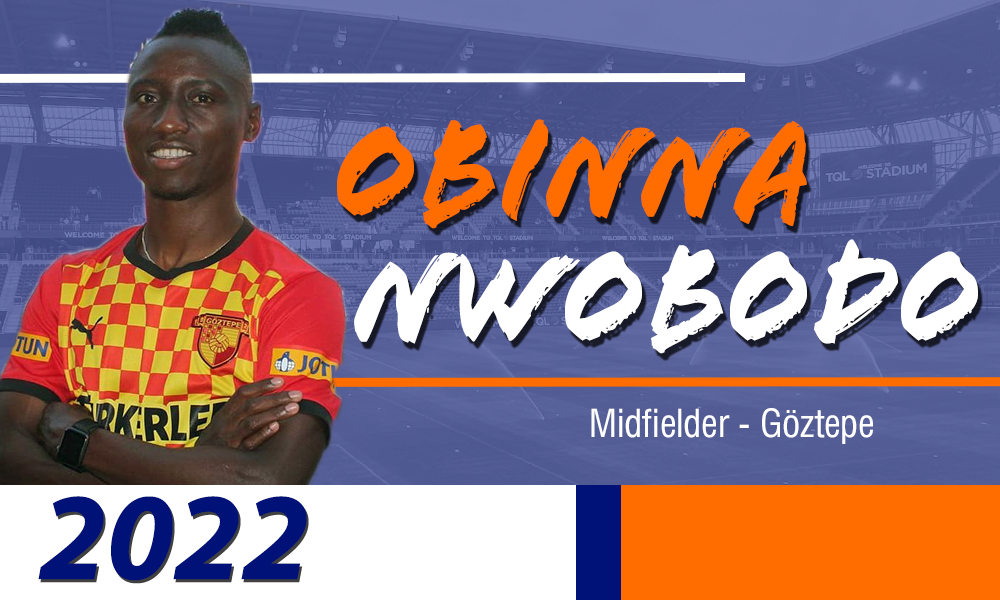 On Wednesday, FC Cincinnati announced the addition of Obinna Nwobodo to their midfield corps via transfer from Göztepe. The Nigerian has featured in over 60 matches in the Turkish Süper Lig including starts in 29 matches this season.

His contract will run through the 2024 season with a club option for 2025.

Prior to his time at Göztepe, Nwobodo spent three seasons with Újpest of the OTP Bank Liga, the highest league in Hungary appearing 114 times. He began his professional career as a member of Enugu Rangers and helped the historic club win the Nigerian Premier League and qualify for the CAF Champions League.

“We’re excited to welcome Obinna to FC Cincinnati,” said Chris Albright, FC Cincinnati General Manager. “His overall quality will complement our group, while his work-rate and defensive presence in midfield are both exceptional. Obi is also a dedicated teammate with a character that fits what we’re trying to build. I’d like to thank our ownership group as they continue to demonstrate their commitment to this club.”

The 25 year old midfielder will be registered as an international player and will join FC Cincinnati immediately pending the receipt of his P-1 Visa and International Transfer Certificate.

Chris Albright finally signed his transfer target who has been linked to the Orange & Blue since the winter. Nwobodo opted to stay with Göztepe as the Göz Göz were firmly locked into a relegation battle.

While Göztepe appear to heading down to the TFF First League (second division), Nwobodo was a bright spot this season. The midfielder has been towards the top of the league in tackles and ranks third in defensive duels in the Süper Lig.

Nwobodo is known for his ability to win the ball back for his team with above average tackling ability. He is in the top 5 in recoveries with over 10.5 per game. FCC will need his ability to stop attacks in the central third of the midfield to capitalize on our transition game. Nwobodo snuffed out over 150 chanced in the middle third of the pitch and only lost two defensive duels all season that lead to a goal for a side that has conceded 55 goals.

“Obinna is an elite ball-winning midfielder that adds a different dynamic to our team,” said Pat Noonan, FC Cincinnati Head Coach. “His ability to break up plays, combined with his forward-first mentality make him an excellent addition to our group.”

While not a big chance maker, Nwobodo still ranked in the top 50 in the Süper Lig with over 6 progressive passes per match. He ranked towards the top third of the league in passing % and passes that lead to high xG actions.

Overall, FC Cincinnati is getting a relatively young professional that fits a desperate need for the club. His abilities should be able to be felt immediately by the club as they look to continue to build their attack with Brenner and Brandon Vazquez. Adding a player of his skill set should allow Yuya Kubo and Lucho Acosta to concentrate more on offensive actions while providing cover for a leaky back line.

It is also important to note that this move and subsequent moves have been made possible due to the restructuring of the roster by Albright. The international spots opened up from Brenner and Alvaro Barreal receiving green cards along with key moves have provided flexibility to add a player of Nwobodo’s caliber.

FCC fans have been clamoring for a defensive midfielder. While not as attractive of a move as adding offensive pieces, adding a proven ball-winner should go a long way in improving the attack and final results for the club.

***This article will be updated throughout the day.