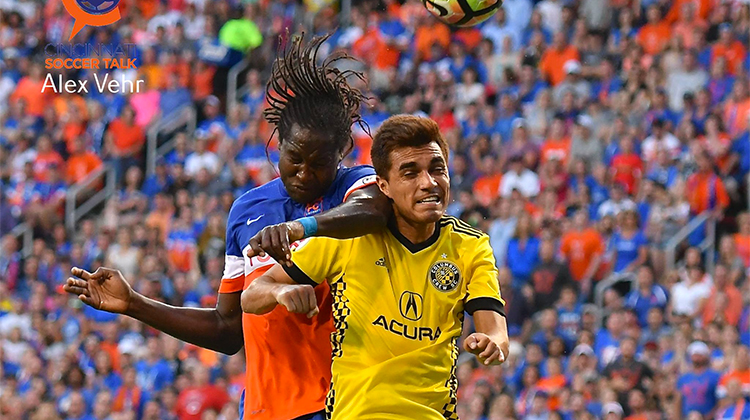 This is the fourth piece in a series from @GracinFCC. The series of articles will involve games that were considered “FC Cincinnati Classic Matches”. While the club is entering it’s 7th season, there have still been many exciting moments, with many more to come. Enjoy the walk through memory lane, and take in some of the greatest moments that will forever be etched in Orange and Blue.

In the 2017 season, FC Cincinnati was coached by Alan Koch, the former assistant of the team. In his first season in charge, there was a flurry of all kinds of different results, and the number one highlight of that season was undoubtedly the Open Cup run.

The Orange and Blue was in the midst of a remarkable US Open Cup run, and had just come off of a third round victory against Louisville City, that was preceded by a second round victory over AFC Cleveland. This matchup was particularly interesting in multiple ways.

The opponent in this match was the Columbus Crew, a club that was nearly 2 hours away up I-71. The fans were excited about the matchup, and it was dubbed the “Hell is Real Derby,” taking its name from the religious interstate sign installed by a farmer in Chenoweth.

This matchup was going to be significant in the club’s history. Both clubs were from Ohio, and bragging rights were on the line to see who would progress in the tournament. It was the old, historic club, versus the new, vibrant club. The MLS club, versus the USL club.

All three of the club’s Open Cup matches were played at Nippert Stadium, and this would give the club a home field advantage. Columbus wouldn’t make it easy for Cincinnati though, and this was a challenge that would need to be passed.

It was time for the first Hell is Real derby.

Kick-off was underway, and the tensions were high. Alan Koch’s side and the fans were pumped up, and ready for battle. Historically, being the first Hell is Real derby, anything that happened would go down in history, and be remembered forever.

In most early USOC matches, MLS sides would take the opportunity to rotate in players. Not Columbus and Gregg Berhalter. Stalwarts like Federico Higuain, Wil Trapp, Artur, Justin Meram and Ethan Findlay received starts. It was a match that both clubs desperately wanted to win.

Throughout the match, Columbus was the dominating side. At the end of the game, the stats showed that the Crew had 19 shots, 5 of which were on target. This was compared to FC Cincinnati’s 5 shots, and 3 on target including those.

At half-time, the two sides were still leveled, and the Orange and Blue still had a chance in the match. As they were attacking ahead, in the 64th minute, Justin Hoyte drove down the right side of the pitch. The Englishman’s cross deflected off forward Djiby Fall and Crew defender Alex Crognale. It bounced up once and with another attempt the striker jumped over Hector Jimenez and flicked it into the back of the net.

Nippert went crazy and the club would take the lead against the MLS foe.

The rest of the match was scrappy, and the club played very defensively to hold their lead. Unsung heroes like Tyler Polak and Paul Nicholson would make enormous plays and would make their mark in this historic game.

At the end of the match, the referee called for full-time and a significant victory was achieved at Nippert Stadium. FC Cincinnati would continue on in the Open Cup, and get the win in the first ever Hell is Real Derby.

Moving on to the next rounds, things would only get harder, but the club was ready for anything that was bound to happen.

Note: In this article, there isn’t much footage of this specific game, as the only available highlight reel shows only a couple chances, and the goal scored by Djiby