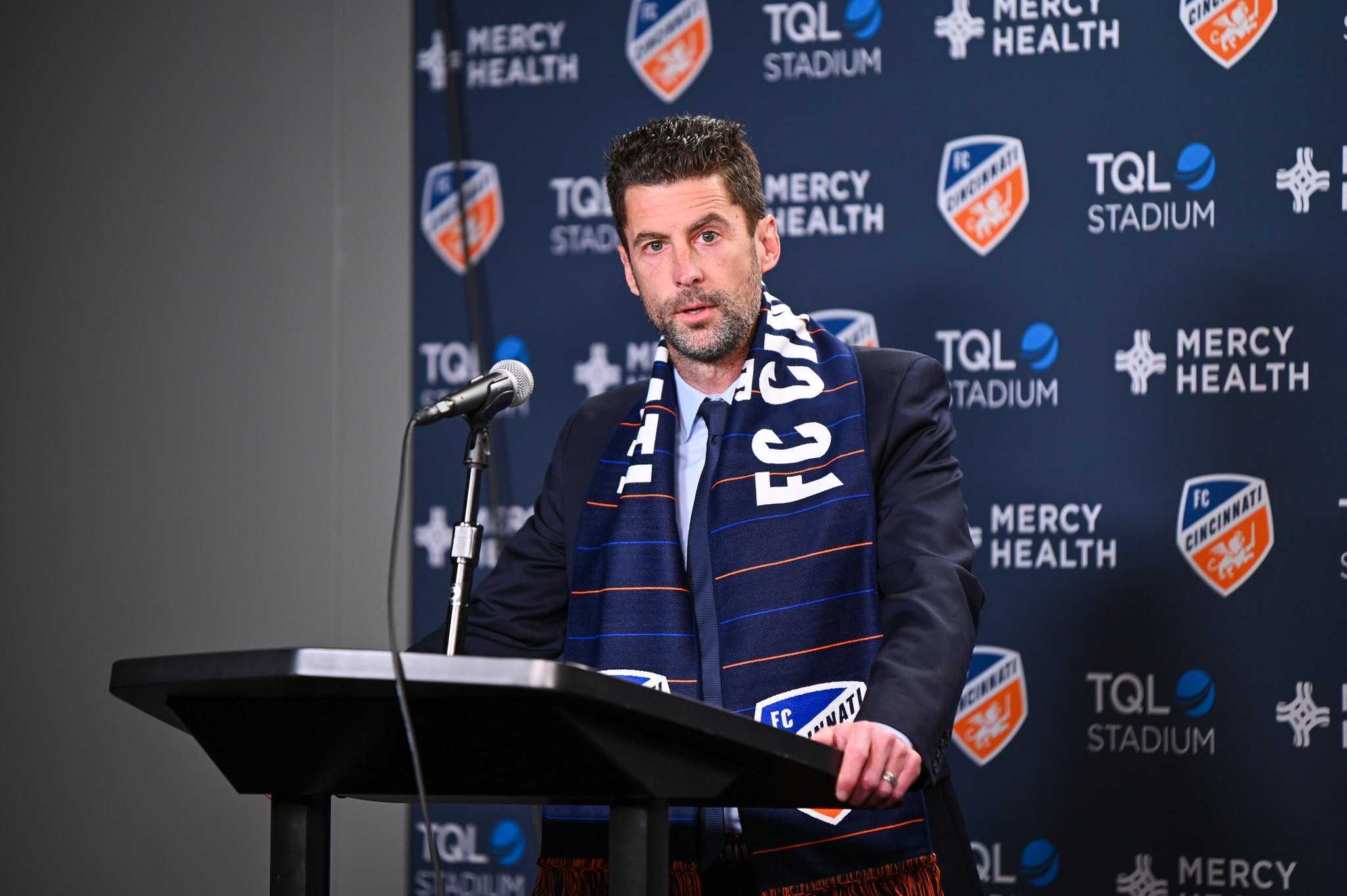 The Orange & Blue will face Noonan’s old side on Thursday and will do so without many parts of the roster. Forward Brenner is still awaiting his green card application in Brazil while Noonan did update Alvaro Barreal’s status. The Argentine winger did have his green card “stamped”, but is awaiting receipt. This could give FCC additional roster flexibility should Barreal get the green card and occupy a domestic roster slot before the season begins.

Overall the group is “further along that anticipated” with their fitness, but Noonan said they are overall “not where they wanted to be” with omissions of many key members. In addition to the aforementioned Barreal and Brenner, the group is missing Allan Cruz and Johnny Nelson back in Cincinnati along with Ronald Mataritta and Alvas Powell on international duty.

The coach did mention that the group has “a lot of guys with knocks” including mentioning that forward Dom Badji was working on the side. When asked about who has been leaders of the group, Noonan listed Badji along with Haris Medjunanin and Ray Gaddis, Geoff Cameron and Tyler Blackett on the backline.

As the group looks to progress toward their final friendly of this first Florida camp, Noonan stated that FCC fans will see a lot of the young players tomorrow while most of the senior group will play 45-60 minutes. “This match will be a great opportunity for the youngsters to show themselves”.

Noonan mentioned that it was good to see draft pick Ian Murphy playing after returning from an ankle injury and he had also highlighted the play of 2nd round pick Nick Markanich.

This might be FCC fans last look at some of these players as the group will change for the next camp beginning on Monday according to Noonan. Several senior players will travel while other players could be left at home for various reasons including school for the academy products.

When asked what his goals are for this camp and moving forward, Noonan wants the team to “win transitions” and to be more connected in play. He is hoping to see more ideas in the attack than previously while “attacking the box with numbers”.

FC Cincinnati will be far from a finished product going into tomorrow’s match, but fans should get a glimpse of Noonan’s style of play.

While it is frustrating that many impact players are not available for selection, there will also be an opportunity to see several future prospects including some of the four academy players in camp along with trialists and draft picks.

Gaddis:
Ray Gaddis was also available to the media on Wednesday. The former Philadelphia Union defender remarked on the “perfect storm” that brought him to Cincinnati. Gaddis stated that Albright and Noonan came to him with a proposition and that it is his job to be an “older presence in the locker room”.

The defender is hoping to be a veteran and leader in the group and is seeing “chemistry and relationships being built”.

Gaddis is working on beginning a program with Cincinnati Public Schools. He would like to read in different classrooms as well as focusing on history with the students.

Per MLS, the Allocation Process is the mechanism used to determine which club has first priority to acquire a player listed on the Allocation Ranking List. This list will consist of (i) select U.S. Men’s National Team players, (ii) select youth U.S. National Team players, and/or (iii) former MLS players returning to MLS after joining a non-MLS club for an outgoing transfer fee of $500,000 or more.

This highly valuable asset could be used to bring in a high level player, or could be traded for a large sum. In early 2020, LAFC acquired the No. 1 spot in the MLS Allocation Ranking from Nashville SC in exchange for a combined $350,000 in General Allocation Money.

This is not the first time FCC have held a high ranking either. In 2019, FCC traded their 2020 initial allocation spot (#2) to LAFC for $175,000 in GAM. Unfortunately, Cincinnati has also been on the wrong side of these trades as they sent the #1 spot and $300,000 in GAM for defender Nick Hagglund. FCC held the spot in late 2021, but was not able to make any moves.