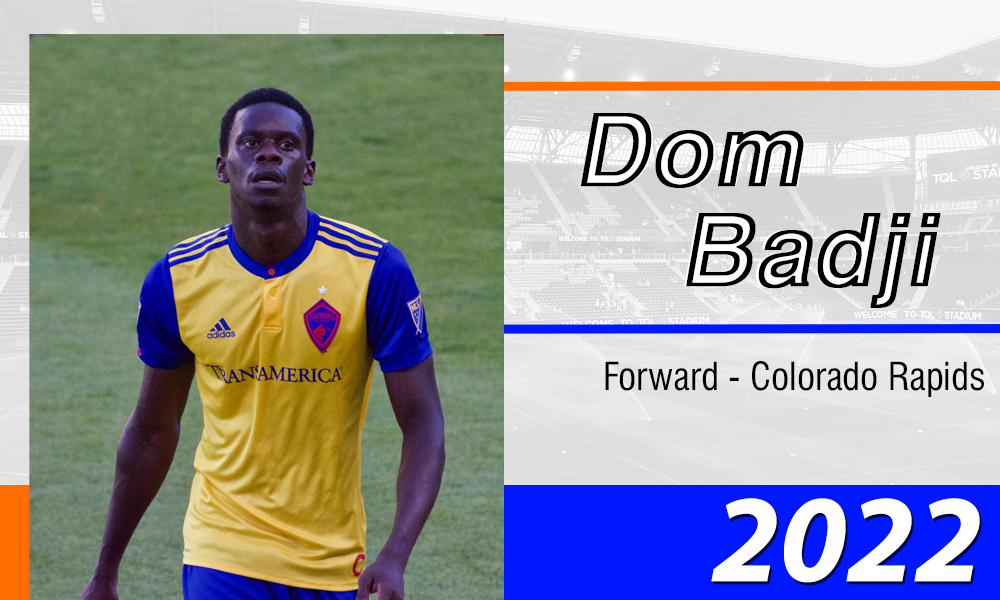 FC Cincinnati announced the signing of forward Dominique Badji to the club. Badji is signed through the 2022 season, with a club option for 2023 and 2024.

FC Cincinnati announced the signing of forward Dominique Badji to the club. Badji is signed through the 2022 season, with a club option for 2023 and 2024. The Senegalese forward, already possesses a green card, and therefore will not occupy an international spot.

Badji, 29, finished the 2021 season on the Colorado Rapids and scored five goals in 12 appearances. He also started in Colorado’s semifinal loss to the Portland Timbers.

“We’re excited to add a player of Dominique’s quality and character to the group,” FC Cincinnati General Manager Chris Albright said in a news release. “He is a proven goalscorer in MLS, and his elite pace and work rate fit well into what we’re trying to build here.”

Badji made his first appearance in MLS in 2015 with the Colorado Rapids. Overall, he has made 153 MLS regular season appearances, 103 for the Rapids alone in two separate stints.

During the 2018 MLS season, the Rapids traded Badji to FC Dallas and played there until the 2020 season. FC Dallas traded him to Nashville SC in the club’s inaugural season and 12 appearances. Nashville SC traded Badji back to his former club the Colorado Rapids in the middle of the 2021 MLS season.

Badji has scored 38 goals in that time and tallied 17 assists. He is also only five minutes away from passing 10,000 career minutes.

The forward will likely compete with Brandon Vazquez and possibly Yuya Kubo for the second starting striker position. New head coach Pat Noonan used a two-forward system in Philadelphia and forward has been high on the clubs list this offseason.