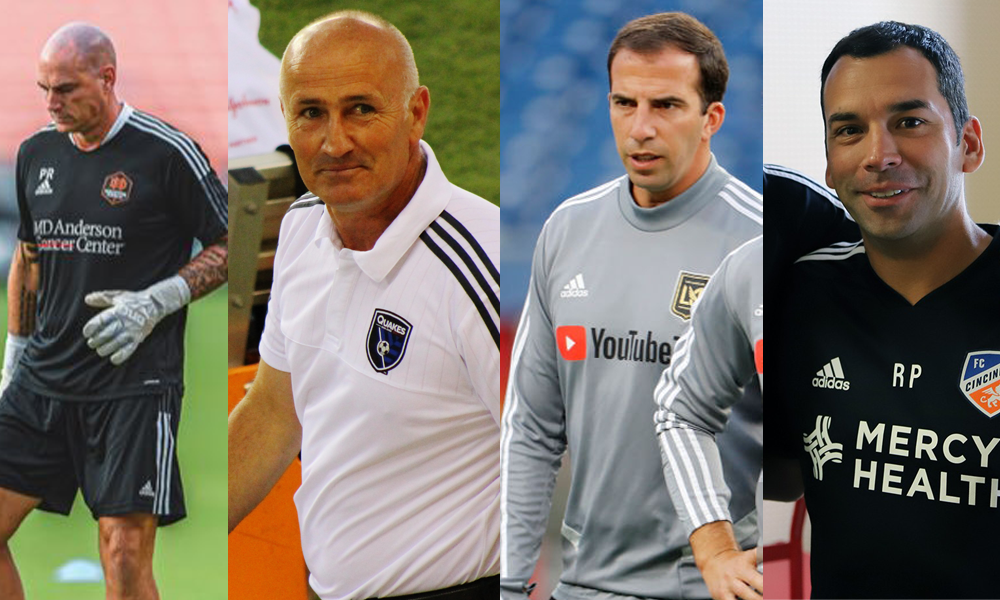 “Profile-wise, we’re looking for someone that’s been around winning cultures and winning teams in this league,” Albright said. “Someone that understands the mechanics of getting players to this league and at the same time embraces those difficulties.”

Every pundit, beat-writer, supporter and podcaster clamored for more experience in the front office and coaching staff following the failure of Dutchmen Gerard Nijkamp and Jaap Stam.

Step one came with owners Carl Lindner III and Meg Whitman hiring a first time GM Chris Alright. The experienced MLS exec never had ultimate decision making authority, but his knowledge of the league helped him solidify targets and profiles for his search process.

“Profile-wise, we’re looking for someone that’s been around winning cultures and winning teams in this league,” Albright said. “Someone that understands the mechanics of getting players to this league and at the same time embraces those difficulties.”

Albright would name another first-timer as head coach with former Philadelphia assistant Pat Noonan. The new gaffer has had trememdous experiences in winning cultures including time with the LA Galaxy, the Union and a spell as Bruce Arena’s assistant with the US men’s national team. But again, he is new to the role and having the right support on his staff would be necessary to help right the proverbial FCC ship.

“When you don’t know the league and the challenges that you face as far as the roster construction, as far as the travel, the conditions you face in certain markets; altitude, heat, humidity. That can be tough to navigate,” Noonan said. “I’ve been a part of that for I think 18 years, as a player and a coach. The experiences along the way are valuable.”

Pat Noonan and Chris Albright continued to act on their desire for competent experience on Tuesday as The Athletic writer, Sam Stejskal broke Noonan’s inaugural staff. Not only is it league experience, but it also matches the “winning cultures and winning teams” pillar Albright laid out early in his tenure.

The Allocation Disorder podcast co-host also mentioned that former FCC interim coach Tyrone Marshall will be returning to manage the upcoming MLS Next Pro team. Marshall had been linked to join Ezra Hendrickson’s staff at the Chicago Fire.

I really liked the hire of Noonan, but I was very nervous in entrusting a rebuild to two men who have never been in their current positions. Their resumes fit the part and I badly wanted to trust them, but seeing how they have begun to assemble their staffs is going a long way into calming my concern.

The addition of MLS legend coach Dom Kinnear is one of the biggest additions in the coaching ranks this offseason outside of Bob Bradley. His experience with 13+ seasons as head coach and 6 years as an assistant or interim head coach will give Noonan a tremendous amount of knowledge and support when needed.

Kinnear was a candidate for the FCC head coach position back in 2020 and many supporters would have been satisfied if he would have ended up in that job then or this offseason. Instead, we get what appears to be the best of both worlds in an up-and-coming manager in Noonan and the experienced Kinnear.

The Scotland-born, Kinnear moved to the states at the age of 3 and grew up in California. He would feature in over 50 matches for the USA including winning the 1991 Gold Cup.

Kinnear was a two-time MLS Cup champion as an assistant with the San Jose Earthquakes before the club relocated to Houston. The Dynamo would win an additional two MLS Cup during his tenure while Kinnear was thought of as one of the best coaches in the league. Let’s not fail to mention his years of experience managing FCC centerback Geoff Cameron in the Lone Star state.

In fulfilling the “success pillar”, Kinnear’s team made the playoffs in 7 of 9 seasons in Houston. Kinnear ranks fifth overall among head coaches in MLS wins with 170. This was my dream assistant hire scenario for FCC.

Arena, 40, comes to Cincinnati after a four-year-run with LAFC. While 2020 and 2021 will be thought of as underachieving years for the Black and Gold, their first two seasons were outstanding. The son of Bruce Arena, Kenny was an assistant with Bob Bradley since the club’s expansion season in 2018. Their highlight would come in 2019 as “LA’s second club” would win the MLS Supporters Shield.

While FCC is no longer an expansion team, they are in a significant culture building phase. Arena has been a part of building new culture at LAFC, but also had to work on reshaping the group during Bruce Arena’s second stint as USA head coach.

Kenny Arena has had the experience of working with Noonan while a part of the LA Galaxy staff and with the USMNT. The former NE Revolution and DC United player began his coaching career in the college ranks with time spent as an assistant at Virginia, George Mason, and UCLA. He spent two seasons as a head coach at FIU before joining his father’s staff at the Galaxy.

I really like this hire as we need more coaches with MLS connections to continue in the recruitment of MLS veterans. His time in premier jobs with the Galaxy, USMNT, and LAFC should prove helpful in managing different player types and relationships with respected players in the league. Another person with extensive league experience, but also someone who has had to coach in pressure situations.

Ricardo Paez (former FCC youth coach) and ex-Houston GK coach Paul Rogers round out the staff. Paez will provide some continuity in the organization while also having an extensive playing career across the world. A Venezuelan international, Paez joined Cincinnati in 2019 coaching the U-17 and U-19 teams. He was a part of the interim staff this fall and will provide a needed connection with existing players.

Rogers joins FCC after seven seasons in Houston. He has coached both the US and Canadian women’s teams to success. Rogers will have his work cut out for him as he will now take over the statistically worst goalkeeper group in the league. Fortunate for him, Albright brought in former Atlanta keeper Alec Kann to compete with holdover Kenneth Vermeer.

Rogers did help develop former Houston #1 Tyler Deric into one of the leagues best keepers before his suspension due to domestic abuse. Houston, not one of the highest spending teams, turned to Rogers to help shape replacement Joe Willis. Willis has been a great keeper for Houston, but reached even more levels of success recently with Nashville SC. One would hope that Rogers can help shape Kann to be a serviceable replacement for 2021 starters Przemysław Tytoń and Vermeer.

I also am happy to see that Tyrone Marshall is returning. While, not overly impressed by the results and some in game management, Marshall was put into a very difficult situation in 2021. Marshall will help mold the youth of FCC with the MLS Next Pro squad and his knowledge of the group will be helpful in squad evaluations.

I honestly am glad that he still wants to be a part of the project. Continuity at FCC has been missing and the fact that he will be involved speaks to his belief in Albright’s project.

Combined, this group has a total of over 38 years of coaching experience in the league. This does not include Noonan’s tenure or Arena’s time with the USA. That is an insane amount of league knowledge for a club lacking it.

There is something to be said about knowing the tendencies of coaches, players and how to get results. While I think previous coaching staffs had talented individuals, this will be a group with principals who are not “learning on the fly”. They will have experience with the nuances of the league and can confidently command the players in the group.

While I cannot speak to the specifics, this group likely did not come cheap. Kinnear would be considered one of the best and most experienced assistants in the league followed by Arena who has had a wealth of opportunities in LA and the US. Rogers is a well-respected position coach and Paez is a premier developmental coach poached from Orlando City.

There has been enough smoke blown here and in the past for club moves. But I was truly stunned to hear that Cincinnati was able to lure Kinnear and Arena. Rogers and Paez as well, but the aforementioned two likely had a big demand for their services.

The verdict will still be out for Albright and Noonan. They still have huge decisions to make and winning might not come for a couple of seasons. But these are moves that will impress around the league and seems to check a lot of the right boxes in their previously mentioned plans. Acting on defined plans is certainly something that we have not seen in quite some time in Cincinnati.