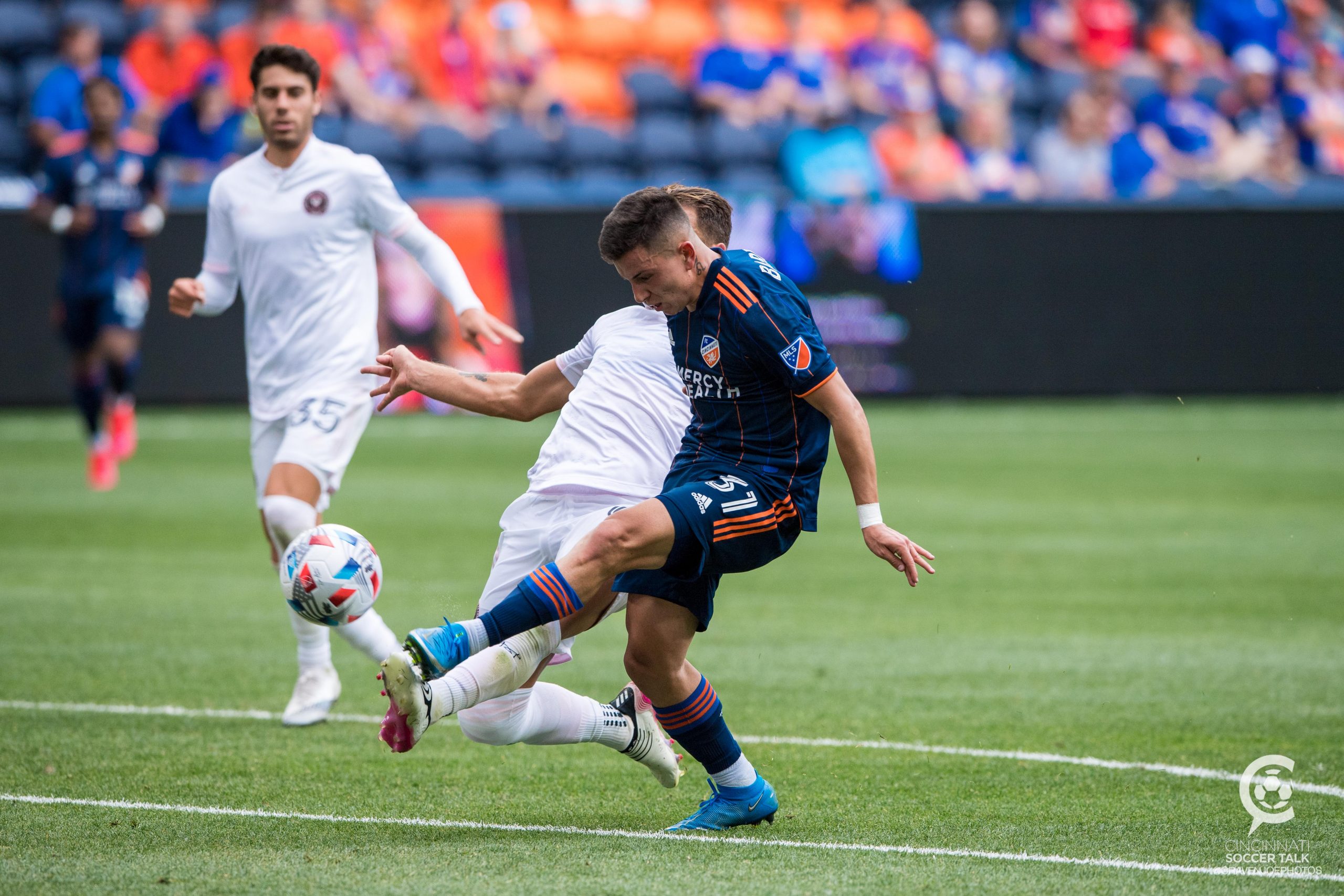 After another heartbreaking loss against Chicago on Wednesday, FC Cincinnati (4-8-18, 20 points) head to Fort Lauderdale to take on Inter Miami (10-5-15, 35 points) on Saturday night. Interim head coach Tyrone Marshall is still looking for his first points as FCC boss and the Orange and Blue will look to snap a franchise record losing streak of eight games.

As of now, it’s unclear whether Marshall will stick with the 4-4-2 diamond formation he rolled out against the Chicago Fire. In the new shape, FCC created their fair share of chances midweek, 19 shots and a 2.2 xG.

If Marshall does, how the midfield is set up will be something to keep an eye on. Ronald Matarrita lined up in a new position for the Orange and Blue on the left side of the midfield diamond and took advantage of the role. The Costa Rican consistently progressed the ball up the field and contributed a pair of assists and five key passes according to MLS Soccer. Kyle Scott continues to build match fitness and could possibly be in line for a start soon, though another cameo off the bench seems likely.

On the backline, Tyler Blackett continues to impress. FCC will be without most of its center back depth chart. Geoff Cameron, due to Yellow Card accumulation and Nick Hagglund, who suffered a broken wrist in training, will certainly miss the match. Same for Gustavo Vallecilla, who is still battling a hamstring injury. Caleb Stanko seems to be the most likely player to play alongside Blackett on Saturday.

Brandon Vazquez scored his second goal of the season in midweek and looked dangerous throughout the match when paired with Brenner up top. However, Brenner has played a lot of minutes this season and Vazquez might not be at top match fitness. If Marshall returns to a two-striker formation, maybe another player, perhaps Alvaro Barreal or Isaac Atanga gets the start.

Inter Miami ended its own six game losing streak with a 3-0 win against Toronto FC on Wednesday. As always, designated player Gonzalo Higuain will be dangerous if he’s allowed to find space in the box. Higuain leads the club with 1o goals on the season. Miami’s defense might be unsettled as it will be without Leandro Gonzalez Pirez, who has played the second most minutes on the team, due to yellow card accumulation.