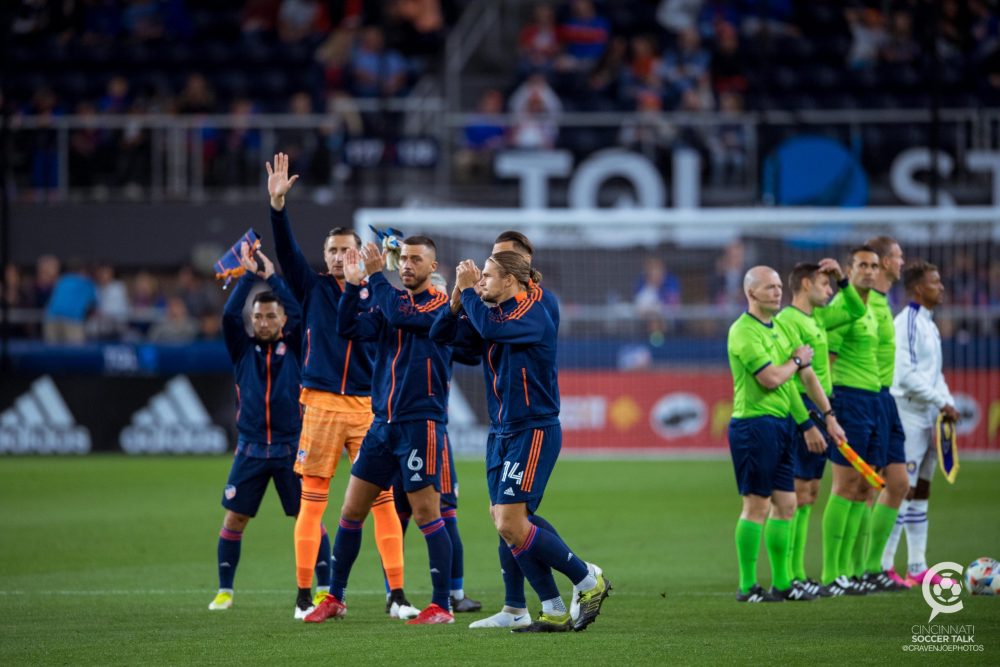 If the Orange and Blue are going to make a run at 26th place in the Supporters’ Shield, three points on Wednesday is vital.

FC Cincinnati will look to bounce back after a seventh straight loss after a short week when they take on the Chicago Fire on Wednesday night at TQL Stadium. FCC (4-8-17, 20 points) and the Fire (7-7-16, 28 points) have both been eliminated from playoff contention but players on both teams should be looking to impress as leadership in both dugouts is unsettled. Tyrone Marshall will be managing the Orange and Blue for the fifth time while Raphael Wicky’s interim replacement Frank Klopas, takes charge for his third match of the season.

As new General Manager Chris Albright continues to assess the squad, there should be plenty of competition for places. Yuya Kubo returned to practice field on Monday but only for individual work so he will likely remain unavailable until at least this weekend. Wednesday might be a little too soon for Kyle Scott to make his full debut after he came off the bench for 25 minutes on Saturday. Depending on how he reacted physically to his first minutes for FCC, Scott should be available off the bench to continue building match fitness. Ronald Matarrita could be in contention for the start as well, after his return from World Cup Qualifying with Costa Rica.

If the Orange and Blue are going to make a run at 26th place in the Supporters’ Shield, three points on Wednesday is vital. Luciano Acosta will need to continue doing what he’s done all season, creating chances for himself and teammates in open play. With more open play chances created, the less likely fans at TQL Stadium will be relying on officials to make a VAR penalty call in the 90th minute. In an ideal world, Brenner would get a couple of quality chances against a relatively porous Chicago defense, setting him up for a strong finish to his first season in MLS.

Even if FCC is consigned to a third straight Wooden Spoon, these last games can still be important for the future of the club. As mentioned above, each match is an opportunity for players to impress new club leadership and make a case for why they should be around in 2022. Also, more matches should lead to better chemistry and on-field relationships between key players. The better the rapport between say, Acosta, Brenner, and Matarrita is, the easier the job for whoever is FCC’s new manager next season.

Luka Stojanovic leads Chicago with seven goals but Robert Beric looks to be the most dangerous attacker. Despite scoring just five goals this season, Beric’s 9.0 xG suggests he has had the most quality scoring chances throughout the season. Alvaro Medran will look to pull the strings from midfield. Look out for 17-year-old homegrown goalkeeper Gabriel Slonina who looks likely to start in goal, having started six straight matches. Earlier this season he became the youngest keeper to start in MLS.