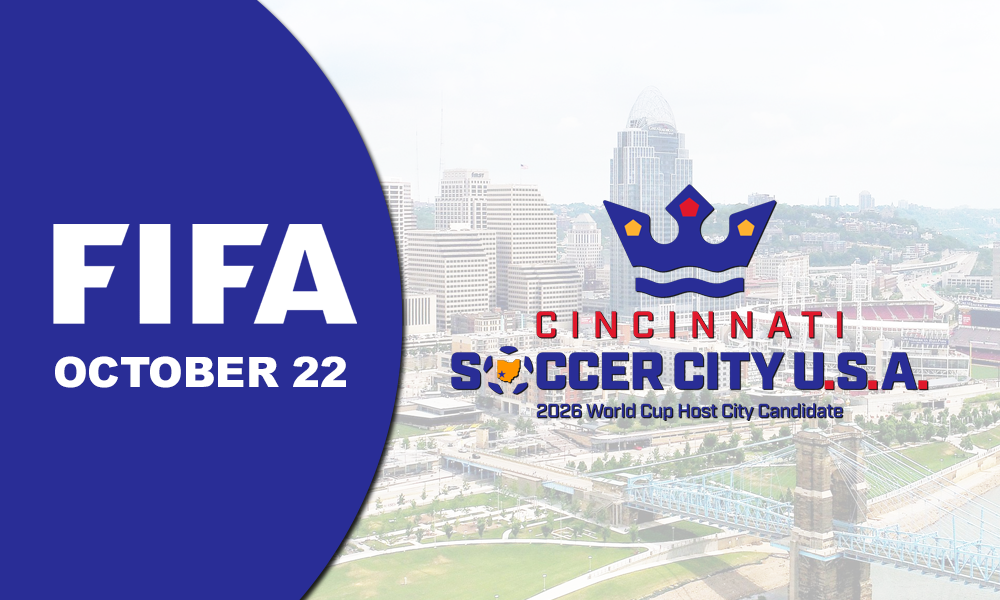 The next step in Cincinnati’s bid to host the 2026 FIFA Men’s World Cup will take place on Friday, October 22. The bid’s Local Organizing Committee (LOC) will roll out the red carpet to 22 dignitaries from the world’s governing body of the beautiful game.

Cincinnati is one of 17 finalists for approximately 10 to 11 host US cities along with three cities in Mexico and two in Canada. 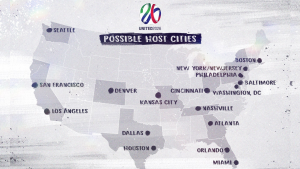 A local site visit will include meetings with a variety of stakeholders, including city and stadium authorities, as well as football clubs and other sports organizations. The visits also include inspections of essential infrastructure, such as stadiums, training facilities and potential fan fest locations.

For more information on the visit, download this week’s podcast with LOC member Jackie Reau.

As part of the LOC’s effort to lure one of the largest sporting events in the world to the Queen City, a street party for the bid will be hosted that Friday afternoon. From 2 p.m. to 5 p.m., fans are encouraged to head down to the Banks for a variety of events and music along with free food and beer.

“Cincinnati is on the short list of U.S. cities to host FIFA World Cup in 2026 and a FIFA Delegation is visiting our city on October 22 to review our stadiums and facilities,” said Jackie Reau, a member of the 2026 Cincy LOC. “We invite all fans of the game to show your pride in Cincinnati to welcome the FIFA Delegation on October 22 at 2 p.m. to Paul Brown Stadium.”

The LOC is organizing a “fan march” on Freedom Way starting at Joe Nuxhall Way down to Elm Street at 3 p.m. Following the march, FIFA Delegates will host a public press conference at Paul Brown Stadium, Gate D around 3:15 p.m.

The remaining US bidding venues, as well as those in Canada and Mexico, will be visited by the end of November, with a thorough assessment and finalizing the selection process by Q1/Q2 2022.

For more information on the bid or to take the fan pledge, please go to: www.2026cincy.com 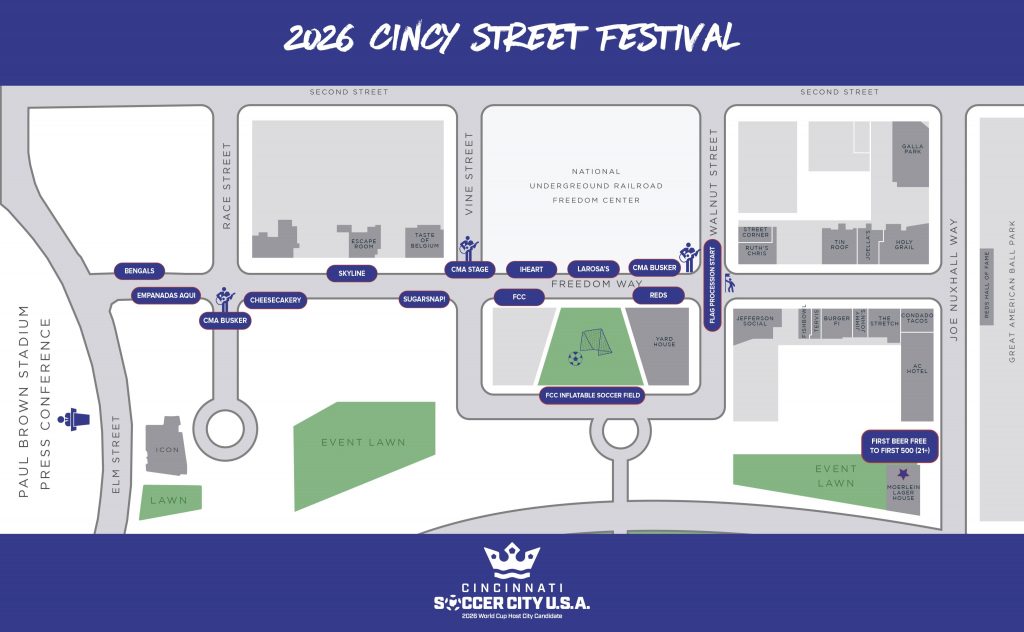 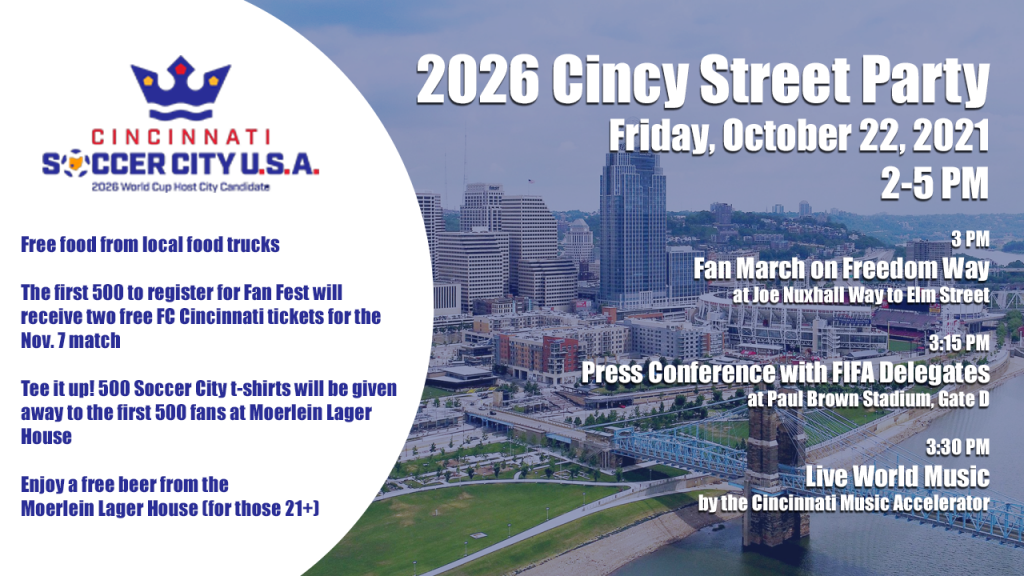