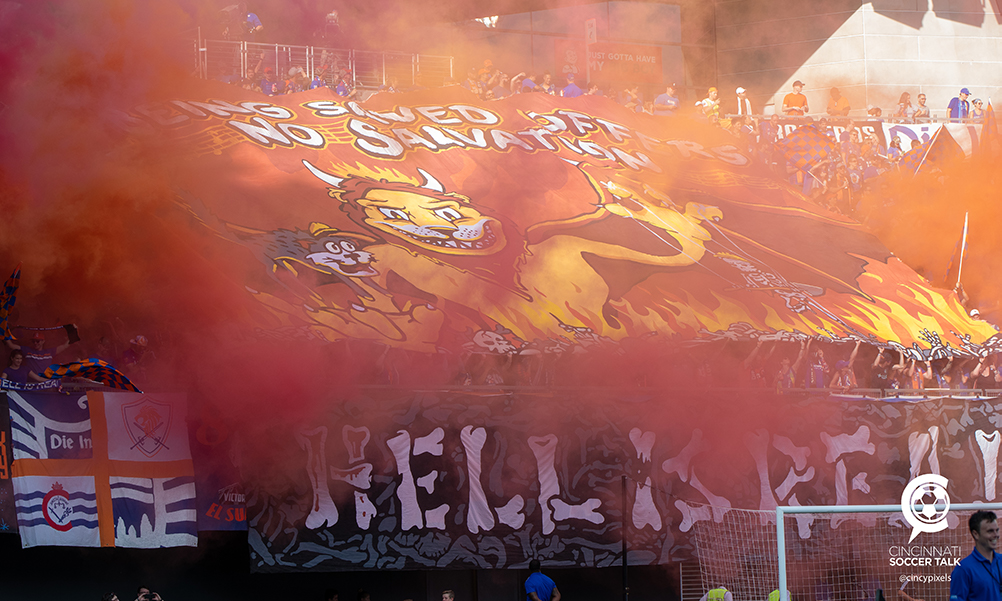 FC Cincinnati would be grouped with Columbus Crew SC and the Chicago Fire in Clay Winstead’s solution of an MLS Super Cup, similar to the World Cup format, for the MLS season.

It’s been a month since MLS first announced they were suspending league play because of COVID-19. One week later, MLS said it would follow the latest guidelines from the Centers for Disease Control and extend that delay until mid-May. But even that feels optimistic. The city of Toronto put out emergency orders last week that would cancel all public events until June 30. If other MLS cities like New York and Seattle take similar action, soccer might not return so quickly.

Returning in May would have made for a logistical nightmare. Returning in June or July would only make it worse. It’s not impossible, but it would require every team to play a lot of two-match weeks in an attempt to end the regular season by October. And that (very quick) calculus did not attempt to include the U.S. Open Cup or the remaining Concacaf Champions League matches left to be played by MLS sides. And it certainly doesn’t account for the physical toll it would place on the players.

This sounds bleak because it is. But I come bringing solutions. The short version: Cancel the regular season, make the first two matches null and void, and enter every team into an expanded MLS Cup playoff that resembles a World Cup-style tournament. I love this idea, no matter how far fetched it may sound. Here is the long version:

There are 26 teams in the league this year, which makes for a difficult challenge in creating an even and fair group stage. But nothing will deter me. Instead of the traditional four groups of four teams we’ve seen in past World Cups, this new MLS Cup playoff (let’s just call it a Super Cup, that sounds cool) would feature four groups of three and two groups of four; it’ll make sense, I promise.

The Super Cup group stage would adhere to the current conference divide and be sorted geographically. This will help teams limit travel time in the beginning, which will be important as the country recovers from the pandemic. 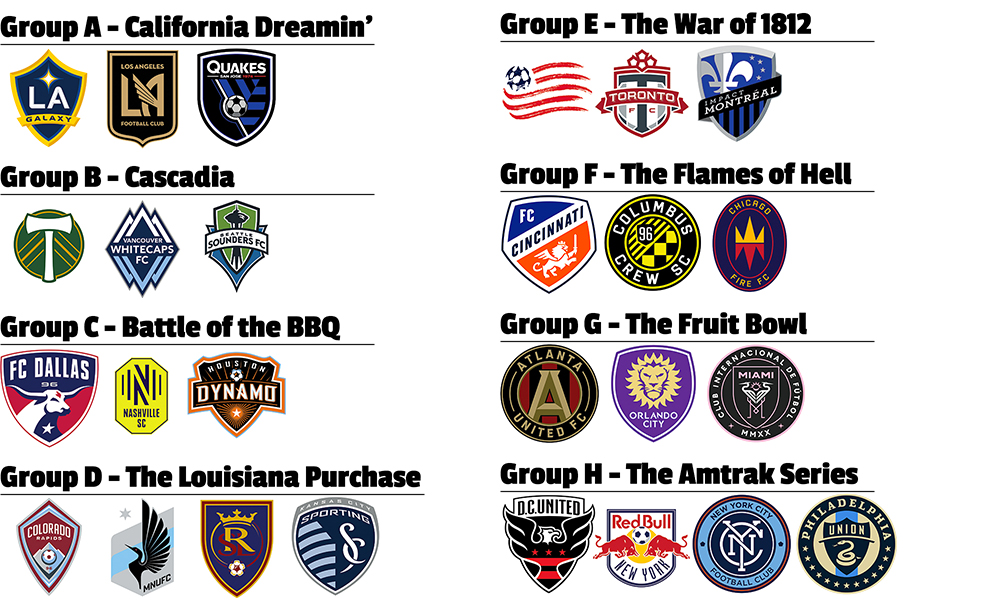 I will be the first to admit, a couple of the groups are a bit of a stretch. But not a bad start to the new Super Cup. To make the group stages as fair as possible, every group of three will play each other three times, while teams in both groups of four will play the traditional home and away. This ensures each team will play six times before the knockout rounds. Three home games and three away.

After that, the tournament will look very familiar to other major tournaments. The top two teams in each group will advance to the round of 16. Then quarterfinals, semifinals and eventually the Super Cup final. To stretch it out a bit more and give teams more chances to host games, the round of 16, quarterfinals, and semifinals will be played in two legs with the winner advancing on aggregate. It’ll play out like the UEFA Champions League or the MLS Cup Playoffs prior to 2019.

The Super Cup final will be single elimination, along with the third-place game. Both will be played at a neutral site. This could take place anywhere to meet any logistical challenges, but for fun, suppose they will be hosted at the Rose Bowl. It’s classic, has a large capacity, the 1994 World Cup Final was hosted there, it’s perfect. All in all, every MLS team is guaranteed three home games. If a team makes it to the semi-final, they will get to play six home games before the Super Cup final and third-place game.

This idea is far from perfect. Owners would certainly dismiss it immediately. Only getting match day revenue for three to six home matches won’t match even a diminished MLS season. But the prospects of returning to soccer seem less likely the more we learn about COVID-19. Scheduling a tournament like this would be much easier. The league can space out rounds to give players proper rest and rehabilitation, which would also help in scheduling teams that play in stadiums with other tenants (like Seattle, Atlanta and even Cincinnati).

With fewer games on the docket, each city can really sell these high-stakes playoff matches. Do you think Columbus or Dallas would average under 15,000 fans a game in the MLS Super Cup? Teams that play in half-empty NFL stadiums could draw sell-out crowds. The games are limited, but that makes them count that much more. Some of my fondest soccer memories are from World Cups past or dramatic Champions League knockout rounds.

Imagine an MLS season with Landon Donovan’s last-second goal against Algeria to advance into the knockout rounds. A semi-final where Liverpool and Tottenham both mount massive second leg comebacks on the away goals rule. We can make a tournament like that! I didn’t watch every MLS Cup playoff match last year, but I would watch every single Super Cup round. I think many of us would.

As unlikely as it is, the MLS Super Cup would be an incredibly fun way to conduct this shortened season. Don Garber, I am available for a Zoom pitch meeting anytime. Think about it.