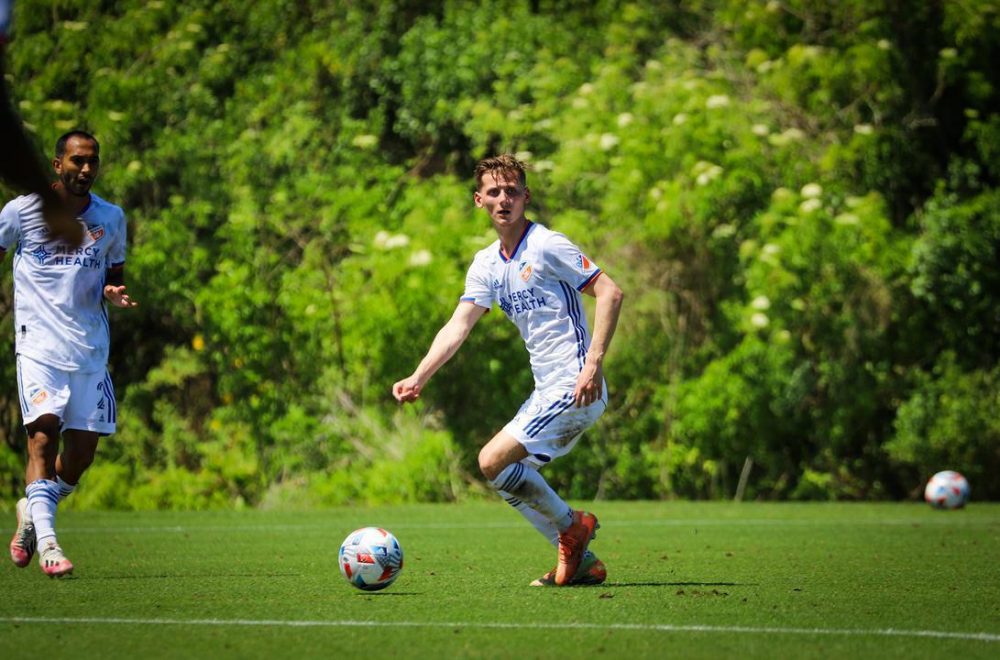 Sometimes waiting is the correct answer. FC Cincinnati made an offer to Kyle Scott before, but it fell short and Scott went back to England feeling low-balled.

In preseason 2021, fans were full of hope as FC Cincinnati was bringing in the new signings and looking forward to putting the past behind them. One of those promising changes was Kyle Scott.

His first action as a trialist came against the Chicago Fire in the preseason. Scott was subbed on at the half for Luciano Acosta and immediately impressed.

“With the injection of a full squad at the 60th minute, the team appeared to gel, particularly with Scott playing a leading role” is how our Geoff Tebbots reported the change. Fans picked up on the reports coming out of training as well and started to look forward to the possible Scott addition. However, there were some problems.

FC Cincinnati was making a lot of moves and was running short on senior roster spots and MLS funds. Scott had turned down Barcelona to play for Newcastle and still had European ambitions as well as an expected salary number. Adding to that, Laurel Pfahler was reporting that Newcastle itself was looking for a large sell-on clause as part of the deal. Soccer deals are all about timing and budgeting. This one was going to be difficult, but FCC was going to try.

What is so special about Scott?

Coach Jaap Stam has had his eye on the youngster ever since he played at Chelsea. The Chronicle reported he to tried to acquire him when he was the coach at Reading. That didn’t work out, and Newcastle ended up with him instead. Despite the promise, Scott picked up an injury and then was unable to break into the lineup at Newcastle. Once he fell out of favor there, the shopping began, and Stam was back in the bidding process. Most of Scott’s playing time has come from Chelsea’s and Newcastle’s U-23 teams. He did make one start for Chelsea.

Sometimes waiting is the correct answer. FC Cincinnati made an offer to Scott before but it “fell short,” and Scott went back to England feeling low-balled. Newcastle had a one-year option it could use, but it decided not to do so. That left Scott without a club and for the first time without a bidder. That was of course until Stam attempted for a third time to acquire the midfielder and finally pulled it off. The roster situation has shifted a bit for FC Cincinnati. It has made a few changes since Scott’s trial, and Joseph-Claude Gyau is injured. If he is put on the season injury list, that would make room for Scott. FCC’s negotiating position also became much more favorable without his old club in the way. Was Scott offered more or less? Not sure at this point, but this time he did say yes.

FC Cincinnati signed midfielder Kyle Scott to a contract through the end of the 2022 season, with options to extend through 2023 and 2024 per FC Cincinnati.