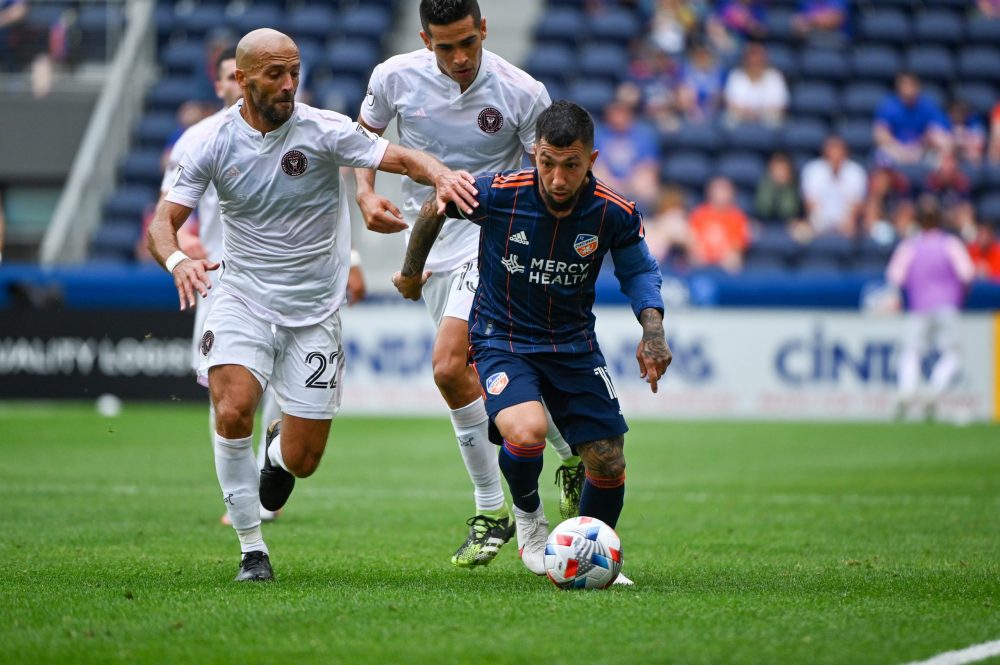 FCC is going up against Inter Miami CF. Inter Miami is currently 11th on the Eastern Conference table with a record of 5-5-9 and a total of 23 points.

FC Cincinnati will look to rebound from a shocking loss against rival Columbus Crew SC when it takes on Inter Miami CF. FCC comes into this match at 13th place on the Eastern Conference table, with a record of 3-8-9 and 17 total points. The team is only barely in front of the current Wooden Spoon holder Toronto FC, who has 15 points on the season. FCC has scored 21 goals on the season and allowed 37 of them.

FCC’s goal total of 21 is tied for second-worst in MLS, with Austin FC currently at 20 goals on the season. Inter Miami has 21. FCC is also third-worst in the entirety of MLS for goals allowed, with the Portland Timbers at 39 goals allowed and Toronto FC with an astonishing 47 goals allowed on the season. This shows that even the amount that FCC improved on both sides, they are still well below average when compared to the rest of the league. Miami isn’t in much better shape. On paper, both have impressive names on the roster and both have fallen short of expectations in 2021.

Gerard Nijkamp and Jaap Stam created a team that isn’t even close to competing with the rest of MLS but is spending quantities of money that it shouldn’t get those low results. FCC spent $13 million to get a striker that has only tallied five goals on the season. Now, that is a marked improvement compared to previous seasons for strikers wearing the FCC striker’s mantle, but that isn’t close to good enough for what the team needs from the position.

On the other side of the ball, Gustavo Vallecilla’s performance has dipped. I see a possibility where he is replaced by new signing Tyler Blackett depending on when Blackett has finished getting acclimated with the team. The team’s defensive unit has allowed seven goals in the last two matches alone, with two coming in just 78 seconds last week. Going from a win to a loss that quickly is shocking. Normally, this would be a moment to make squad changes.

Of Note: Kyle Scott and Ben Lundt would be available for selection in this match (barring any COVID protocols)

FCC is going up against Inter Miami CF. Inter Miami is currently 11th on the Eastern Conference table with a record of 5-5-9 and a total of 23 points. The team has scored 21 goals so far and allowed 31. The team’s leading scorer on the season is Gonzalo Higuain, with Robbie Robinson second on the squad with four and Rodolfo Pizarro with three.

Their weaknesses include: finishing its scoring chances, defending against attacks down the wing, winning aerial duels, and avoiding fouls in dangerous areas.

WhoScored.com also said Inter Miami CF’s style of play is attacking down the left, playing with width and having a consistent starting 11. 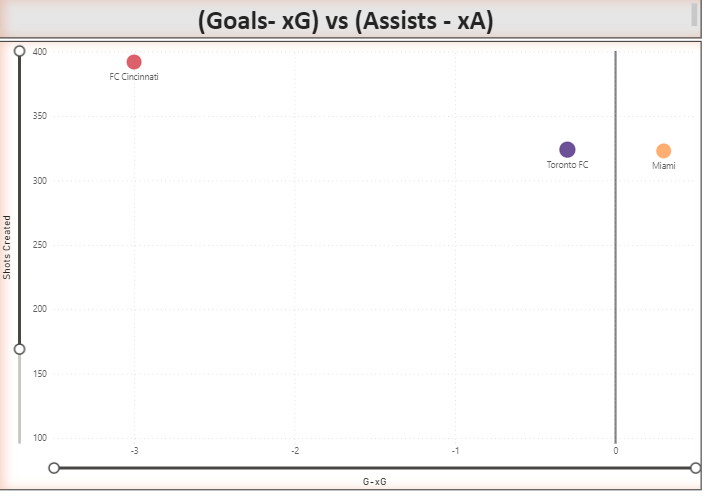 FC Cincinnati creates more chances but needs to net their expected goals – compared to their next two opponents.