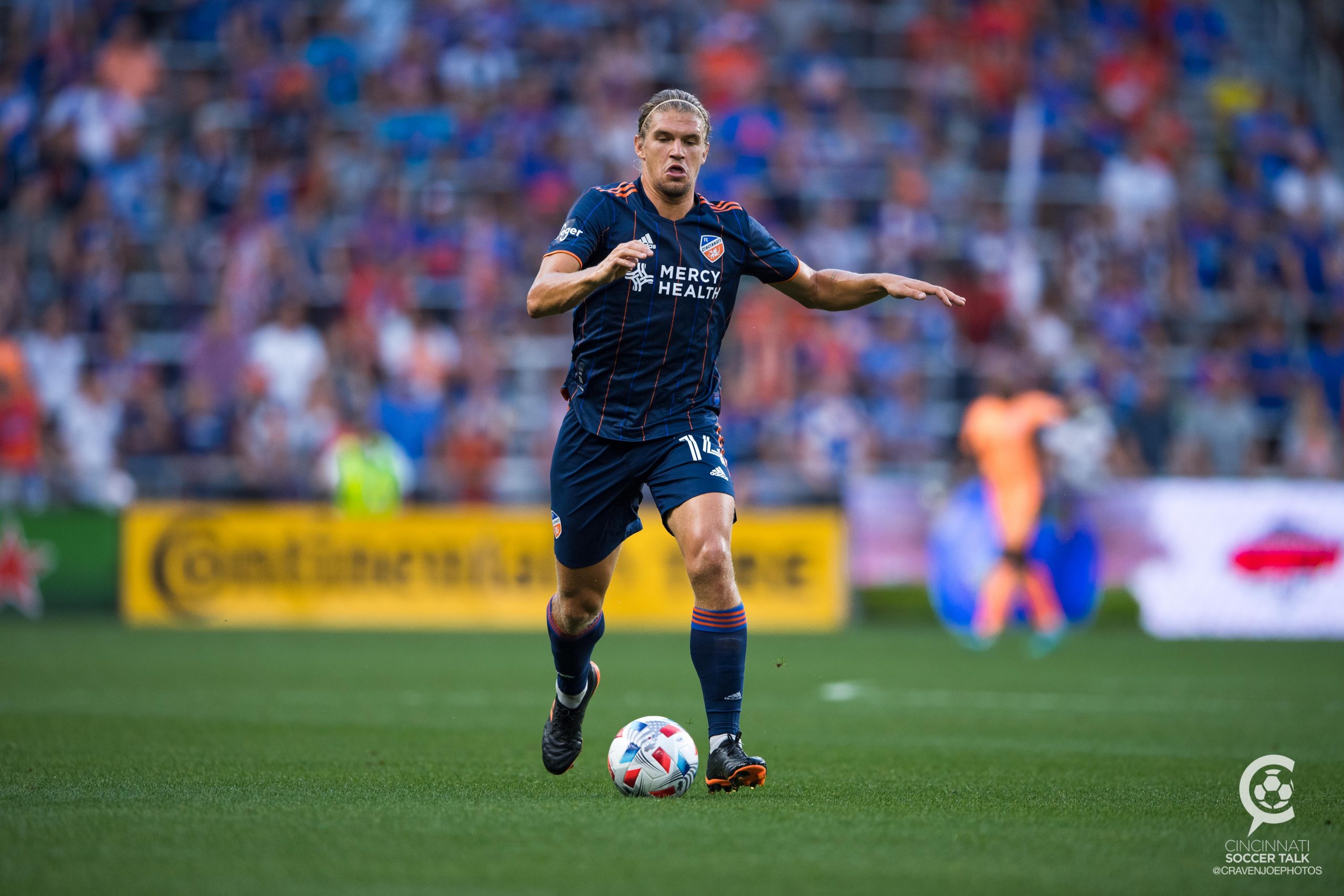 FC Cincinnati has drawn three straight matches, but as Nate Gilman writes, not all draws are the same. Here’s his analysis of the club’s play last week.

FC Cincinnati’s much-needed 10-day break between matches comes on the heels of three straight draws with a combined two goals scored across those matches. FCC’s most recent draw before Saturday, against New York Red Bulls, was one of FC Cincinnati’s worst offensive performances of the season, largely due to the havoc of NYRB’s aggressive press. At the final whistle, FC Cincinnati was lucky to escape with a point.

Saturday’s match against Orlando City SC also ended in a draw, but not all draws feel the same. Though FC Cincinnati continued its worrying trend of conceding leads en route to draws, Saturday’s result wasn’t an unfair outcome based on chances created and the balance of play on the field.

Against NYRB, FC Cincinnati created virtually nothing in attack while conceding multiple, big chances, escaping with a point. On Saturday, FC Cincinnati created more expected goals (1.1) than Orlando (0.9) and that’s even before considering Isaac Atanga’s last-gasp chance in second-half stoppage time which didn’t count as a shot. FC Cincinnati fans will be disappointed to split the points. But being disappointed with a draw against an opponent currently second in the Eastern Conference when you should have won is different than hanging on for a point against a relative peer in the table.

Saturday’s match also gives us some context on how FCC has improved this season. FC Cincinnati played Orlando City in early May, losing 3-0 and never really looking threatening. Orlando City’s high press troubled FC Cincinnati’s center backs and midfield, leading to dangerous turnovers throughout the match. The story on Saturday night at TQL Stadium was different.

More Comfortable With The Press

In the first matchup, Orlando City’s press caused FC Cincinnati a lot of issues. On Saturday, OCSC tried a similar game plan. According to Football Reference, Orlando City pressured FC Cincinnati players on the ball 230 times during the match, including 72 pressures in FCC’s own third of the field. FC Cincinnati’s back line and midfield handled Orlando City’s pressure much better on Saturday. Kenneth Vermeer, touted for his quality with the ball at his feet, provided a stable outlet for the ball as FCC’s defenders and defensive midfielders swung the ball around the backline, looking for opportunities to break the press.

Geoff Cameron, Gustavo Vallecilla and FCC’s goalkeepers (Vermeer and his injury replacement Przemysław Tytoń) combined to complete more than 87% of their passes but importantly completed all 36 attempted passes travelling less than 15 yards and 40 of 42 passes going 15-30 yards. As a comparison, look where FC Cincinnati’s center backs and keeper missed passes in the first match against Orlando City as opposed to Saturday.

On Saturday, those incomplete passes were to much less dangerous parts of the field, meaning the Orange and Blue were less immediately in danger of a counter-attack if one of the back three missed a pass. Even in situations where FCC did not break Orlando City’s press and lost the ball, Orlando City gained possession farther from FC Cincinnati’s goal, limiting immediate danger from counter-attacks.

Kubo’s Contributions On Both Sides Of The Ball

On Saturday, Yuya Kubo made his presence felt on both sides of the ball. Playing mostly as the deepest-lying midfielder, Kubo was instrumental in moving the ball through the press to the final third, leading FCC in passes into the final third.

Kubo showcased his quality on the ball in more advanced areas, too. Passes from him set up two of FC Cincinnati’s best opportunities of the night. The first, a disguised, line-splitting pass, to play Allan Cruz into the penalty area, and the second, an inch-perfect ball between defenders to set Atanga in on goal. Kubo’s pass chart for the match, from MLS Soccer, shows more vertical, progressive passing as opposed to the horizontal, ball circulation he’d been tasked with lately. 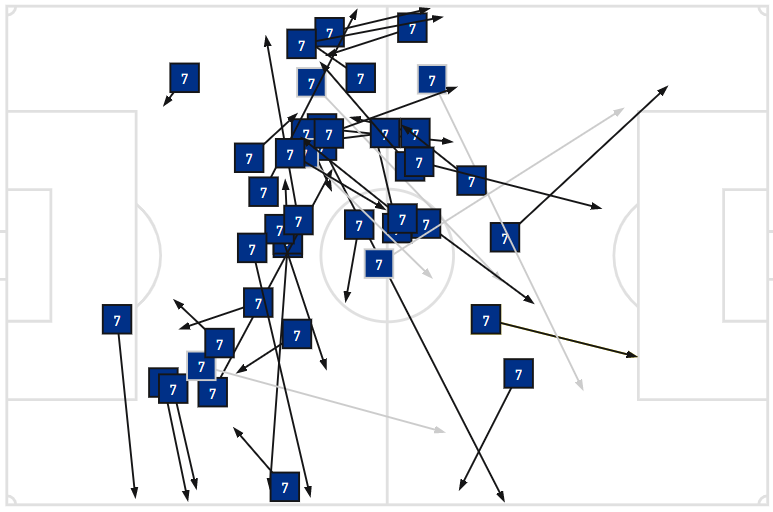 Kubo’s ability on the ball can clearly help the team going forward. Putting him in positions where he can pick out passes to teammates from deep should be an emphasis of FCC’s tactical plan every match.

Saturday’s match just goes to show how valuable a player with Kubo’s work rate and quality on the ball can be.

FC Cincinnati is three matches into the experiment with Hagglund as a right back, and the results have been promising.

Offensively, Hagglund limits what FCC can do on the right flank because he’s not going to provide width on the overlap like a typical right back might. On Saturday, however, Hagglund helped break Orlando City’s press a few times with one-touch passes to keep the ball moving. There were a few shaky moments, but overall, Hagglund played a valuable role in FCC’s possession.

Defensively, Hagglund has been solid. Though he’s had some trouble with D.C. United’s Kevin Paredes and Orlando City’s Nani, he’s stood his ground and hasn’t been exposed. Wingers will keep attacking him, but so far Hagglund has shown that he can at least hold his own on the right flank. Hagglund’s prowess in the air adds another element to FCC’s defense, too. Against Orlando City, Hagglund won 4 of 5 aerial duels.