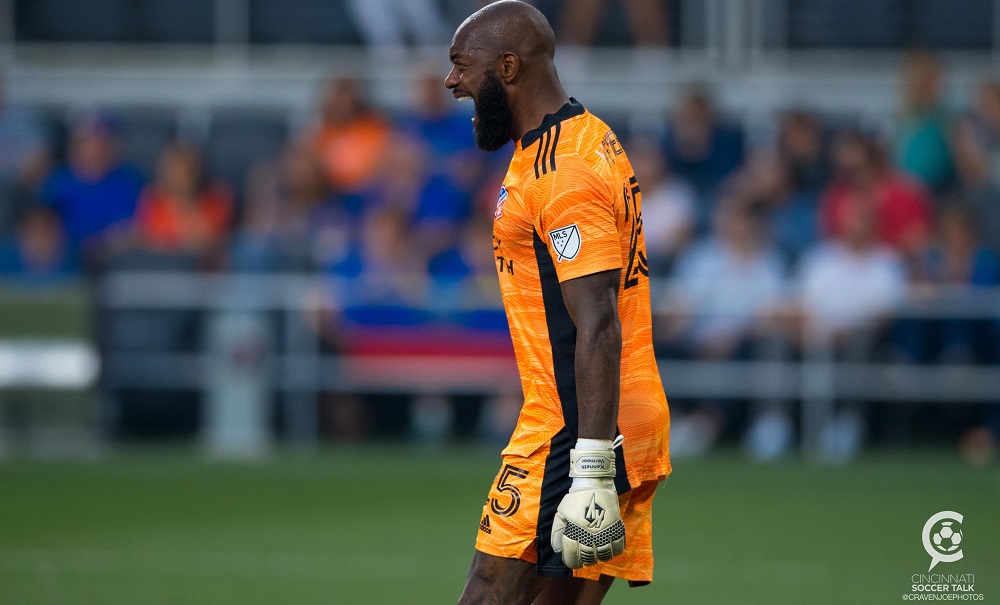 FC Cincinnati earned a 0-0 draw Wednesday at the New York Red Bulls. While the club should be happy with the point, legs are tiring.

A clean sheet and a point on the road is, in general, considered a very good result, and FC Cincinnati should certainly be happy with the 0-0 draw Wednesday at the New York Red Bulls.

The clean sheet didn’t come easy. At times it was ugly and the defense fell apart.

The Red Bulls took 23 shots, but only four were on target. The lack of quality from New York certainly benefitted FC Cincinnati, though Stam saw this as a positive from the defense.

“We are very happy with how the team performed and how they defended,” he said. “Because I think getting a clean sheet is a very good result and a very important one as well.”

Despite the defense holding up, this is the second week that the offense was blanked as well. FC Cincinnati only managed two shots on target the entire game. Both came from defenders off of set pieces at the end of the first half.

This is also the second game that Stam avoided the use of all of his five subs. On the weekend, only one substitute was made when Alvaro Barreal requested to be removed from the game. Four days later, the same starting 11 were only given two subs. Luciano Acosta came out in the 78th minute after an injury to his thigh. Brandon Vazquez relieved Brenner with less than two minutes of regulation time remaining.

New York seemed to anticipate this. The first half of the game felt slow. Neither team really mounted much attack. The Red Bulls only took six shots. In the second half, New York came out with a lot more energy that FC Cincinnati struggled to match. It took 17 shots in the second half compared to FC Cincinnati, which only managed two.

Stam did not seem concerned about the lack of production.

“It’s not always easy to score goals,” he said. “Last weekend we had several opportunities to score. Yeah, you don’t score, but a couple of weeks ago we scored a lot of goals against Montreal. We scored four, but we conceded five and you still have no points. Now we don’t score, and we have one point. You can take it from a different perspective and say that is very positive.”

What is obvious is that Stam does not trust his bench. What is also obvious is that teams are starting to strategize for players to drop off in the second half. Today is the last day in the summer transfer window. Fans are certainly hoping that help is on the way.