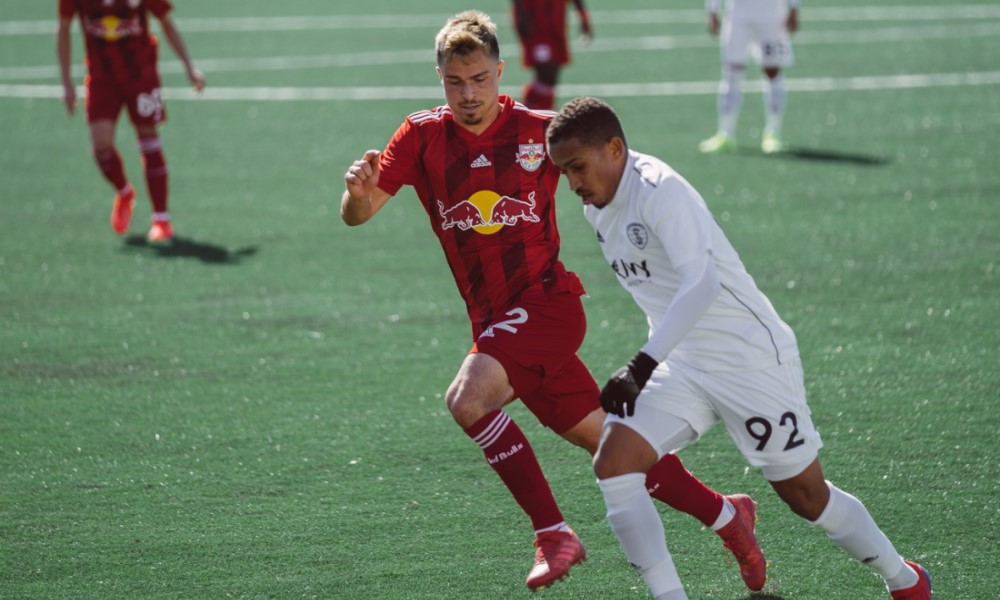 Confirming a report by Pat Brennan of the Cincinnati Enquirer, FC Cincinnati announced today a trade with the New York Red Bulls for midfielder Florian Valot. The 28-year-old French native spent over five years in the Red Bulls system after two seasons at Rider University.

“We are pleased to acquire a player of Florian’s quality,” FC Cincinnati general manager Gerard Nijkamp said in a club press release. “He is a versatile player with MLS experience and talent who can play a multitude of positions for us, and he will bring a dynamic presence to the midfield.”

Valot has made over 100 professional appearances in his career between the Red Bulls and their USL affiliate. He brings solid league experience, featuring in 43 MLS matches and notching five goals and nine assists with the Harrison, New Jersey, club.

In its first move of the 2021 summer transfer window deadline day, FCC gained a technically gifted player who can fill many different positions on the pitch. Nijkamp has been targeting midfield depth this window with Valot possibly filling a backup role to playmaker Luciano Acosta.

Valot can also play the wing positions or the box-to-box role filled by Allan Cruz. FCC has been in desperate need of an attacking piece in the midfield with Valot bringing enough technical skill to help the Orange & Blue push the ball further into the attack.

The midfielder does have some history with FC Cincinnati, scoring his first goal as a professional in 2016 vs. the club as a USL side. He also scored twice in Nippert Stadium in 2017 in a 4-2 loss for Red Bulls 2. In MLS action, Valot recorded two assists in the opening match of the 2020 season vs. FCC.

This is a good depth piece for the club giving coach Jaap Stam a tool to hopefully use late in the game or in a spot starter role.