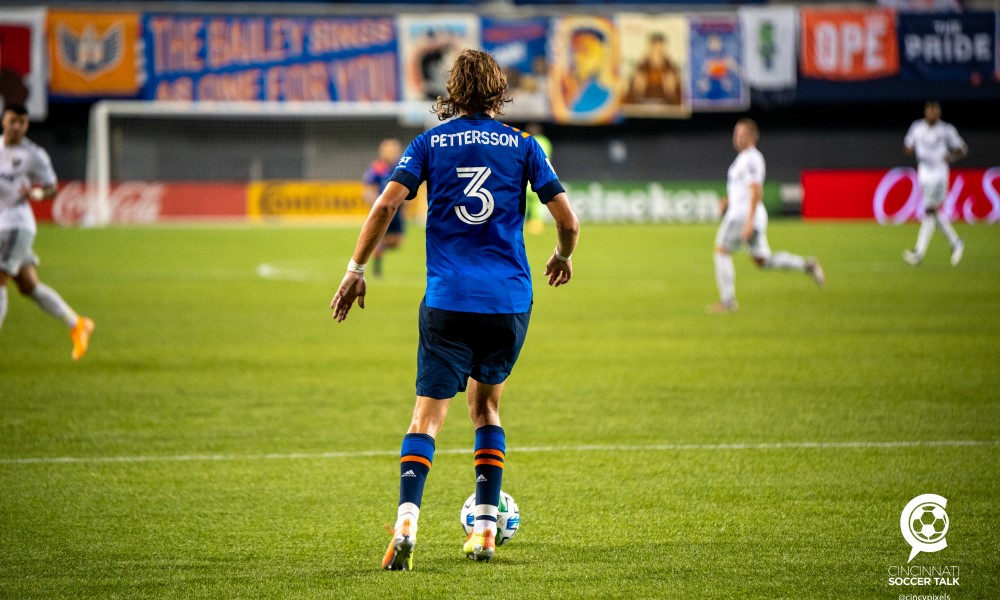 The Summer transfer season is starting to kick into gear. After a difficult 19-month stretch with FC Cincinnati, Laurel Pfhaler of Queen City Press confirmed that centerback Tom Pettersson is leaving FC Cincinnati.

Pettersson is rumored to be joining a club in Norway with details of the transaction yet to be released by the club.

Transfer Rumor: Getting word that two CST listeners were on the same flight with Tom Pettersson & his family to Amsterdam. TP told one that he is on his way to a new team in Norway. Take it for what you will. #SillySeason.

The Swedish defender appeared in twenty matches for Cincinnati after joining the club back in December of 2019. Pettersson showed well early in his tenure with the Orange & Blue helping the club advance to the knockout stages of the MLS is Back Tournament. He started 13 matches in his first season on a back line that was riddled with injuries and formation changes.

Pettersson started the first three matches in 2021 prior to the arrival of Geoff Cameron, Gustavo Vallecilla and the impending return of Maikel van der Werff. In those three contests FCC conceded ten goals hastening a change in the back line. The Swede started in the 5-4 loss in Montreal while filling in for the unavailable Cameron.

With the club’s desire to add additional pieces and playing time unlikely with the return of van der Werff, this move makes sense for both parties.

FC Cincinnati have ended the loan of TSG Hoffenheim’s Franko Kovačević  on Wednesday. The club decided not exercise the buy option for forward who featured in three matches in 2021.

“We thank Franko for his contributions to FC Cincinnati,” said FC Cincinnati General Manager Gerard Nijkamp in the club’s press release. “He has a new opportunity with a better chance for playing time which we cannot guarantee for him here. We wish him all the best in his future endeavors in the game.”

FCC will now have three senior spots open on their roster with two international spots. Maikel van der Werff is slated to be activated in the soon filling one senior roster spot. MLS SuperDraft pick Calvin Harris is recovering from injury and should he be activated will require an international roster slot.