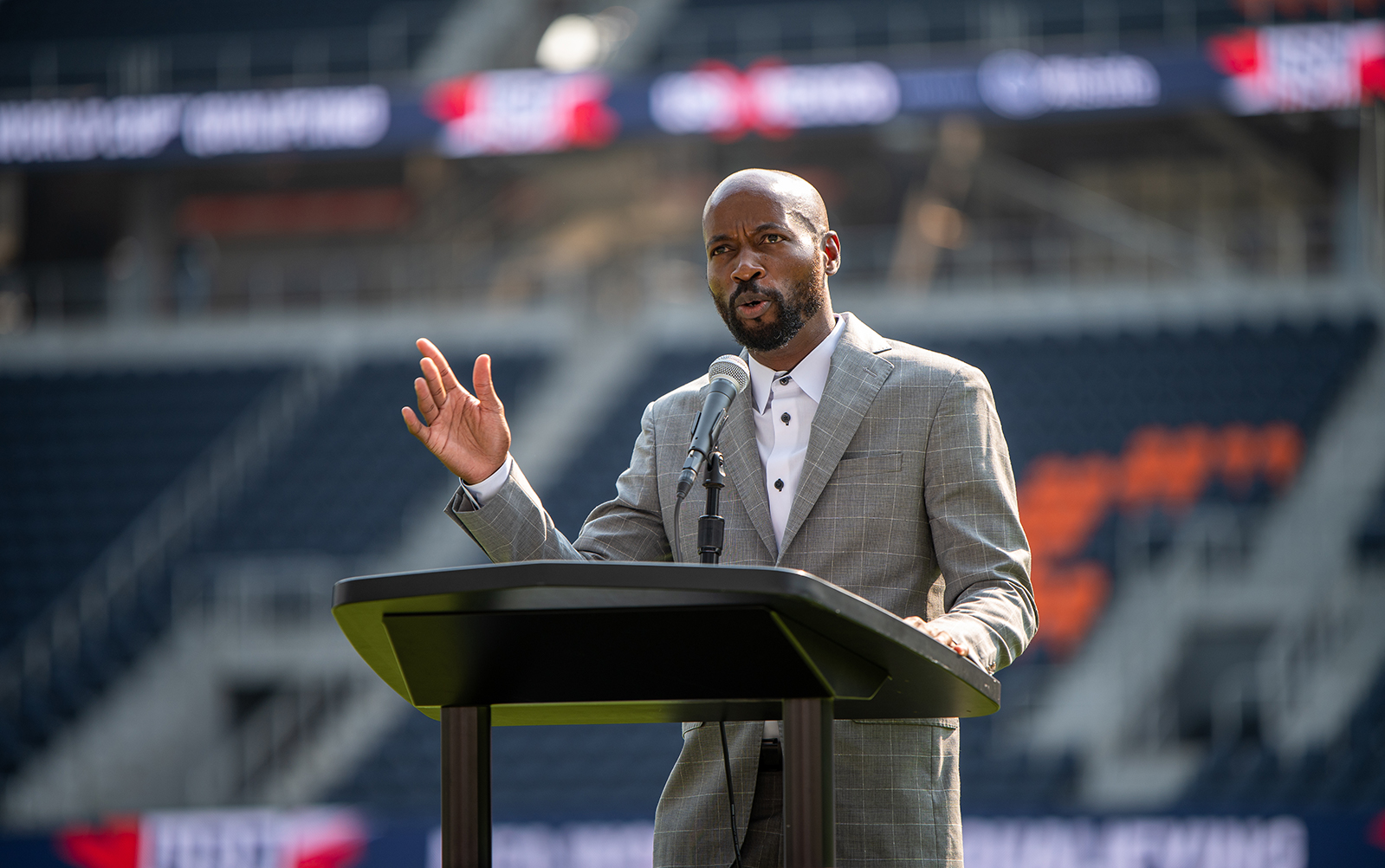 Cincinnati gets the spotlight for the often-chaotic rivalry on Nov. 12 as USMNT tries to avenge 2018 World Cup miss.

The growth of soccer in the United States, at least as a spectator sport, is really something at which to marvel.

A flurry of expansion activity at every level of the professional game has seen once threadbare leagues now brimming with sides across the country. A boom of construction has accompanied the influx of new clubs, with scores of glistening new soccer-specific cathedrals now dotting America’s cityscapes.

In them, new rivalries have also sprung up. Some are every bit as passionate as those with histories stretching back decades.

But even with the sudden increase in American derbies over the last 10 years, one still reigns supreme in the American soccer landscape.

The U.S. versus Mexico.

Matchups between the sides have become more frequent over the years thanks to new competitions and lucrative friendly opportunities, but each meeting is always a tense affair. And whenever those meetings occur in World Cup qualifying, the rivalry often tips over into chaos.

Both in the minds of the players and the hearts of the supporters, U.S.-Mexico seemingly carries more weight than all the other rivalries combined.

Yet after nearly two decades of Americans dominating the matchup in Columbus — posting four straight 2-0 wins at Historic Crew Stadium before falling in their last meeting in 2016 — U.S. Soccer has decided it’s time to shake things up with a venue change.

For the first time ever, the Yanks will be playing their home World Cup qualifier against El Trí in Cincinnati. The match itself will be played at the city’s glittering new 26,000-seat TQL Stadium on Nov. 12.

On Wednesday, FC Cincinnati majority owner Carl Lindner III officially announced U.S.-Mexico’s move to the stadium in the Queen City’s West End to a sun-soaked corps of press seated in the ground’s player benches. A bevy of local politicians joined him, along with U.S. men’s national team legend DaMarcus Beasley.

“One of the most significant soccer matches in the world will be played right here,” Lindner said in a prepared statement streamed live by the club and U.S. Soccer. “The world has taken notice of Cincinnati, of our energy, and our vibrancy. We’re a sports town and we have a spirit that wants to win.”

Cincinnati will need to bring that spirit in full force this November. With the U.S. failing to qualify for the last World Cup — punctuated by the loss in Columbus to Mexico in 2016 — the stakes this time around couldn’t be higher.

But that doesn’t mean Columbus didn’t set an incredibly high bar for Cincinnati to clear.

The USMNT won their first four meetings by identical 2-0 scorelines in the Ohio state capital. Several of those matches are considered to be some of the greatest in recent men’s national team history. No venue in America can boast as much home-field advantage.

Can the Queen City’s TQL replicate that advantage — particularly in a stadium that has yet to see its primary tenant register a win there?

Beasley seemed to think so.

“Playing these type of qualifying games, you want to have the upper hand in every aspect,” Beasley said after the announcement. “I think that being in the Midwest, playing against one of our rivals, I think that’s going to give us a huge edge to get three points and try and qualify for the World Cup.”

Admittedly, it was Beasley’s first visit to the building. But with Midwest markets like Columbus and Cincinnati each housing some of the lowest percentages of urban Hispanic populations in the country and intimate soccer venues, providing a home field advantage can be a little bit easier.

With Cincinnati’s legacy of providing an energetic, passionate fanbase for its own side, replicating the experience seems more than plausible.

And now that the biggest match in American soccer is officially coming here, Cincinnati will have an opportunity to prove itself up to the challenge once again.