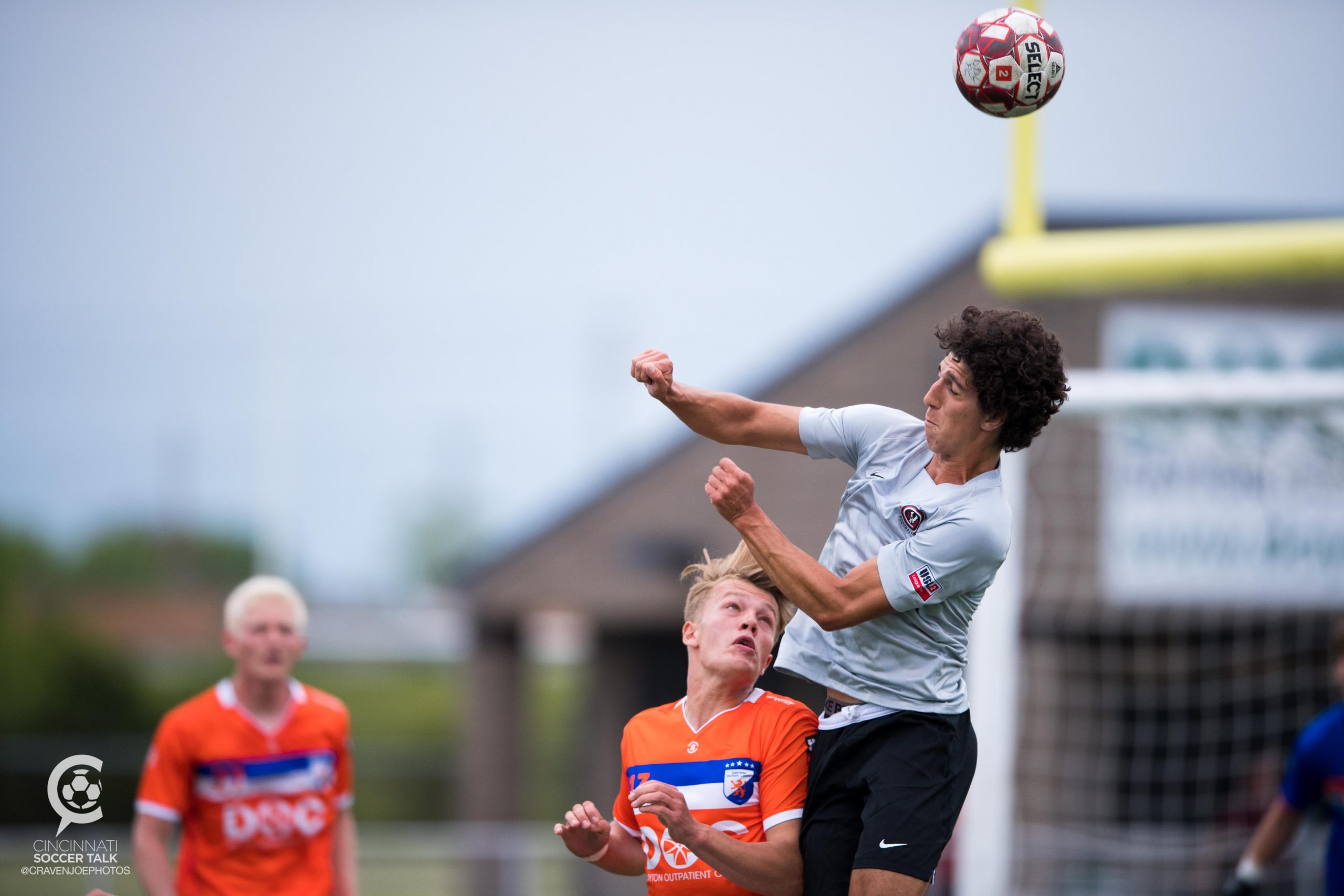 As was the case through a good portion of the season, Kings Hammer FC struggled to find enough offense to get the win in the first round of the USL League Two playoffs on Friday. In a match that started at 10 p.m. Eastern after a weather delay, Mississippi Brilla FC put three goals up on the board despite impressive play from KHFC’s keeper Jared Brown. Marcello Jones was the only goal scorer on the night for the Kings of the Queen City.

Brilla FC got on the board first in the fifth minute and carried that lead into halftime. Jones got Kings Hammer on the board in the 46th minute, but that would be the end of the scoring for Kings Hammer FC.  Brilla’s Jalen James (58’) and Remi Emeriau (90’)  added second-half goals in for Mississippi Brilla FC, putting an end to KHFC’s season.

While defense wins championships, you can’t win if you can’t score. Kings Hammer needs more offense going into next season if it is going to improve. The lack of finishing cost it in a number of games this season, including the match against Brilla FC. There were a number of occasions in Friday’s match where they had opportunities to shoot where they would take another touch or two and lose possession looking for a “better” shot.

Kings Hammer defender Ethan Garvey entered the match in the 84th minute. Jackson, Mississippi, is about 2 1/2 hours away from New Orleans. Jackson is by far the closest place to home that Garvey got to play this summer with Kings Hammer. Garvey dealt with a hip injury this season and had to battle his way back from injury to get back into the 18. While KHFC didn’t get the result and Garvey didn’t get much time, his family was at the match, and hopefully we see a healthy Ethan Garvey in a KHFC kit next season.

This was not the result you’re looking for

Knowing Kings Hammer coach Paul Nicholson, he’s disappointed right now with the result tonight. The club has been great all season with access, but a disappointing last 40 minutes or so against a good Mississippi Brilla FC squad has put an end to the season.

Kings Hammer’s mission statement: Our mission is to positively impact the development of youth in our community by providing soccer and educational opportunities to young players of all ages and playing abilities and to create a lifelong passion for the sport of soccer.

As a club, it has the youth sides abd now have USL Academy, the Ohio Valley Premier League and USL Two teams, but there wasn’t much crossover in those rosters this summer. They did have some “cross training,” but there were very few players that moved from roster to roster this summer.

A few USL Two players played USL academy this season looking to get time, but the OVPL rosters and USL Two squad didn’t see much crossover at all. For the most part it appeared that the OVPL squad this summer operated independent of the USL Squads.

For player development to continue to be a focus, there need to be more players working through that system and getting opportunities to play from the U-19 (USL-A) to U-23 (OVPL) to the first team (USL Two). Getting players more touches on the ball and more experience at the lower levels rather than being results driven (wins and loses) will actually help the first team (USL Two) when it comes to getting those results in the future. Players getting that training will continue to grow the game in the Greater Cincinnati Area.

At the beginning of the season, expectations were high for this team. When looking at the lineup, it was stacked top to bottom compared to Cincinnati USL Two teams of the past. While that was the case, the Great Lakes Division is very good. Even the matches against Dayton, a team with a  0-13-1 record, were tough matches.

Kalamazoo and Flint City are both very good, and both moved on to the next round of the playoffs. The division is going to continue to get better as well. Grand Rapids, South Bend and Oakland County are not happy about not being in the playoffs this year. The only team to beat Kings Hammer FC in the regular season was Kalamazoo, who won the division.

For Kings Hammer, finishing the season 8-3-4 is a great first season. The staff built a very solid defensive team. The defense kept it in a lot of matches when it couldn’t generate offense. In a number of matches the offense did just enough to get a result or sometimes steal a point at the death even. Nicholson and the staff should be happy with the season that the team had and look to continue to get even better.

Kings Hammer will continue to look at ways to get better. From the player development side to the match day experience, this club is committed to putting a quality product on the field and being a visible part of the community.

It is actively working on improvements on match day at Xavier University. In speaking with the Xavier Match Day staff, they love having KHFC on-site during the summer and are looking forward to a future relationship with the club.

KHFC is looking at improved technology for match day streams, ways to get more clubs in the community to come out and support Cincinnati USL Two soccer. This truly is “Cincinnati’s USL Two team.” Oh, and don’t forget, FRISBEE DOGS!!!

Thanks for a great season

Getting to know the players this season, attend training sessions, go on a road trip with the team (on the team bus) and having access to players and staff has made covering the club so much fun. Having an opportunity to do play-by-play for streams has also been an amazing experience.

A very special thank you to Brandon Ponchak for being willing to chat with me almost daily during the season. Thanks to Nicholson as well for being willing to do some pre and post-match content as well.  It is my hope that we will get to work together more in the future.