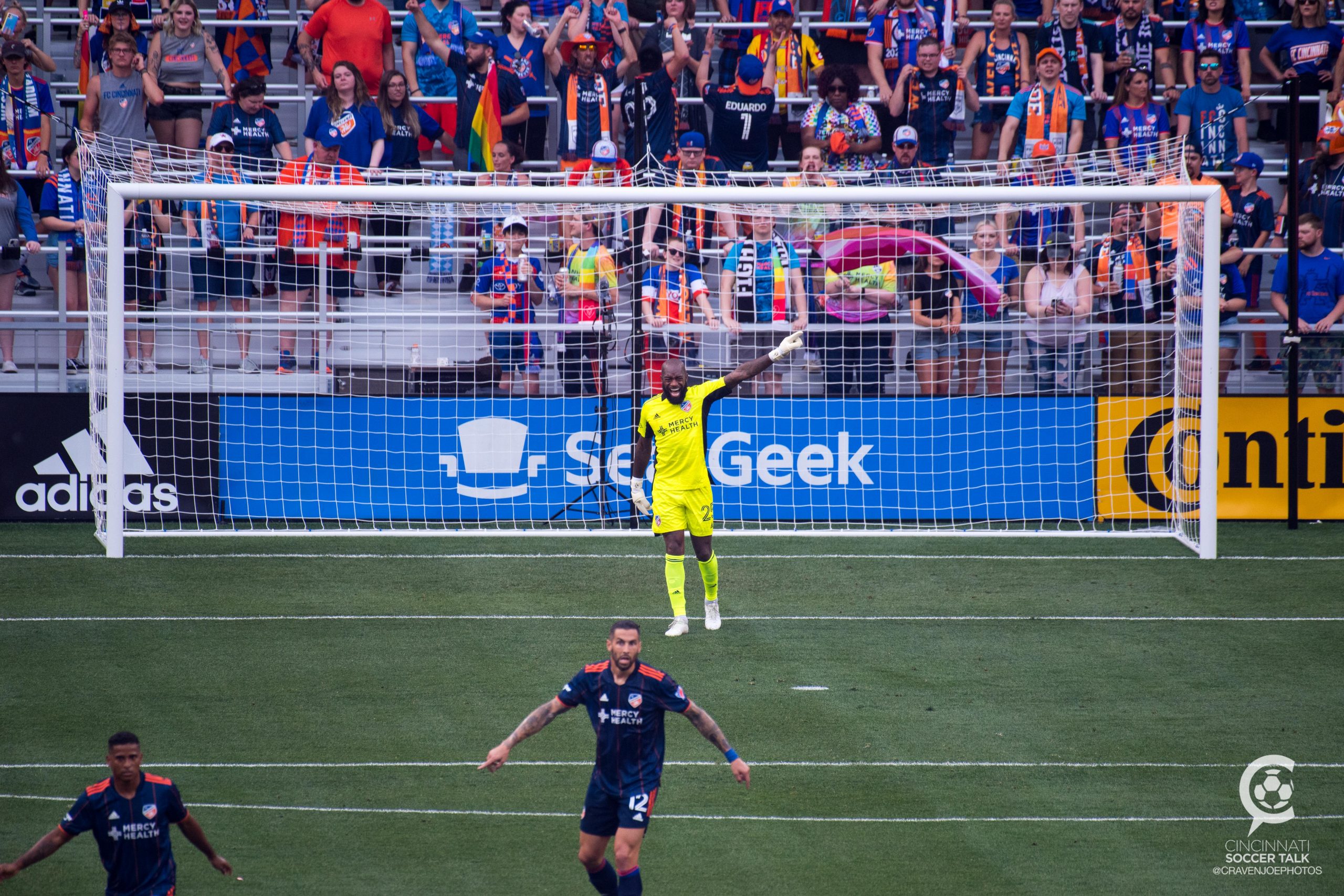 FC Cincinnati blew a two-goal lead twice on Saturday and for the third time in the last two matches, falling 5-4 at CF Montreal.

In a game that will forever be remembered by both FC Cincinnati fans and CF Montreal fans alike, FCC blew multiple leads to allow CF Montreal to come back and then eventually win Saturday, 5-4. The game will be headlined by the multiple goofs from veteran goalkeeper Kenneth Vermeer as well as mistakes by defenders Nick Hagglund, Joseph-Claude Gyau and Tom Pettersson.

It’s hard to look at anything else from the match that isn’t the terrifying defensive play. The defense lost a game where the team scored four goals. The defense just kept allowing CF Montreal to attack in numbers and showed them the porousness they are known to be.

Vermeer just doesn’t look like he knows what he is doing. He seems to be surprised whenever a shot is coming his way.

Then there was the defense Saturday. Geoff Cameron was out for undisclosed reasons. Hagglund showed why he should never see the field again and Pettersson showed nothing. All Gyau has is speed.

While the entire loss should be blamed on the defense and Vermeer — that cannot be overstated — the referee during this match had a dismal performance. The first two goals Montreal scored directly followed two missed calls, the first being when the ref ran right into Gyau and didn’t stop play and the second being when Kubo was fouled.

The team scored four goals. But who cares? It’s the biggest shame that when the team has one of its watershed moments in its short MLS history that it doesn’t even matter. Brenner scored the club’s first brace in MLS history. Haris Medunjanin opened the scoring with a rocket thanks to a nice Luciano Acosta pass, then Brenner netted the second thanks to his great motor and pressing ability.

Following Montreal tying the score 2-2 and before the end of the first half, Gustavo Vallecilla scored the third on a set-piece opportunity, which is familiar because he already did that against Montreal in the first match against them this season. The fourth goal of the game was from Brenner thanks to a great pass from Alvaro Barreal.

But, it doesn’t matter. It. Doesn’t. Matter. The team lost the game and wasted a historic performance from its offensive players. In a game where the team scored 33 percent of the goals it scored all of last season, the defense decided to just say nah.

Next up: vs. Atlanta United FC, 8 p.m. Wednesday