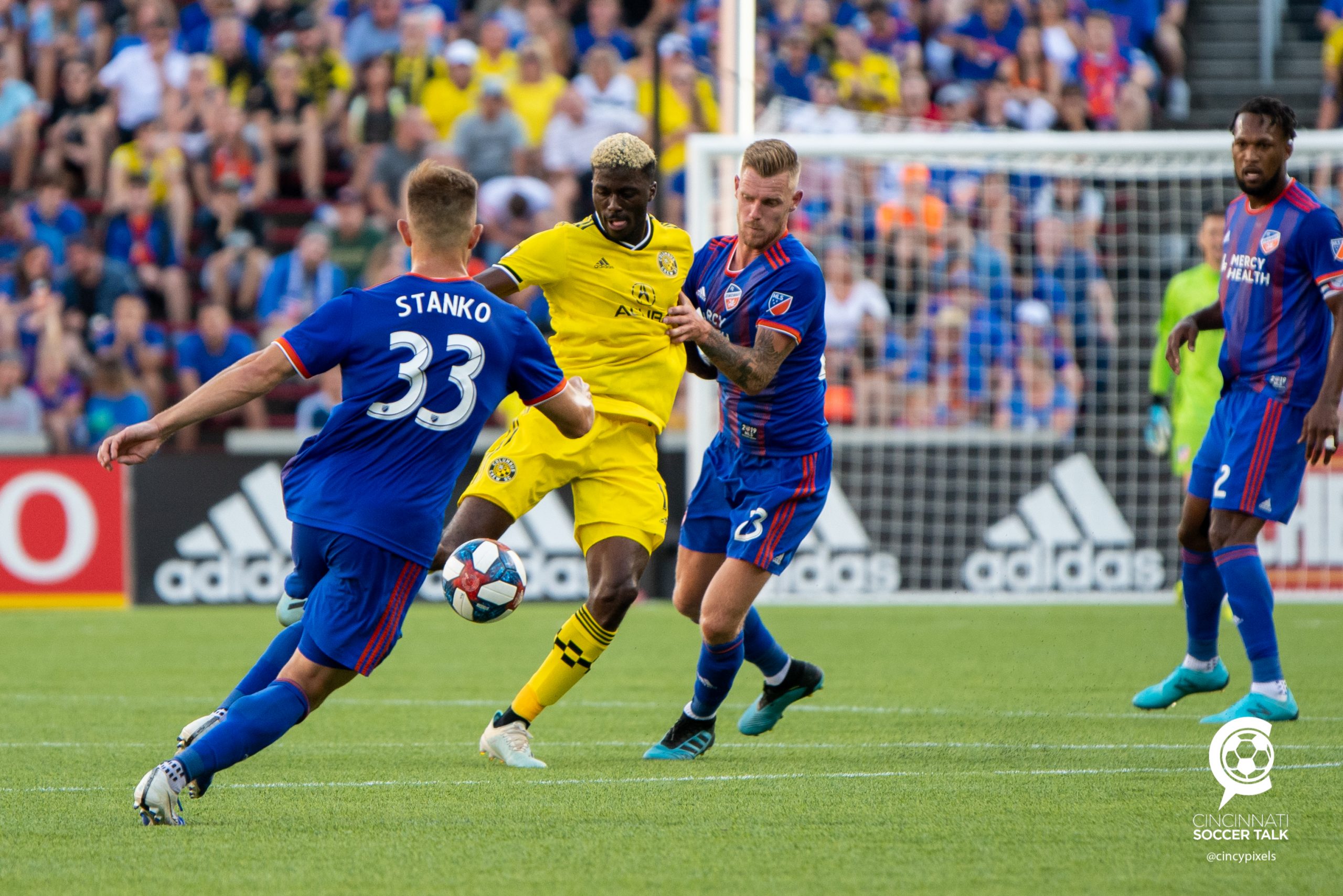 It’s a new venue Friday for the Hell is Real Derby, with FC Cincinnati and the Columbus Crew meeting at TQL Stadium. Columbus will be without Gyasi Zardes and several other players.

FC Cincinnati will host its upstate rivals Columbus Crew for the first Hell is Real Derby at TQL Stadium on Friday. The Orange and Blue are coming off a three-match unbeaten streak while the Crew hope to bounce back after failing to win their last three matches.

Columbus Crew will be limping down I-71 into the latest edition of the Hell is Real Derby. Ten players are expected to miss the match, and it will be a real test for the squad depth that earned the team praise last off-season. The Crew currently sit in ninth place in the Eastern Conference with a 4-4-3 record.

Surprisingly, FC Cincinnati will be favored to win the derby. FCC has momentum after earning a point on the road in Houston. That kept the team 11th in the East with a record of 3-2-5 and a game in hand on Columbus. Coach Jaap Stam and his players will be hungry to carry that over and win in their new home. for the first time.

Despite missing two key starters, Allan Cruz and Rónald Matarrita, FCC has a full-strength squad compared to Columbus. The Orange and Blue will need all the help they can get if they are to finally win at TQL. Nothing would be sweeter than achieving that against their biggest rivals.

This will be the first derby for some of FCC’s biggest names. Luciano Acosta, Brenner and Geoff Cameron have never played in this rivalry before. There will be pressure under the Friday night lights to write their names in the Hell is Real history books, but none more so than Brenner. The $13 million Brazilian striker has only scored once this season: a penalty against Nashville SC in the season opener. He showed his quality in the buildup to Álvaro Barreal’s goal last week, but fans will expect to see him score his own.

Brenner’s Argentine teammates, Acosta and Barreal, should ease that pressure. Both have been crucial to the FCC attack this season. Barreal in particular is a rising star in the league. He has scored a team-leading three goals so far this season. If his form continues, the Crew defenders will have a problem.

The story of the match for the Crew isn’t who will be on the pitch, but rather who won’t. Derrick Etienne Jr. (Haiti), Liam Fraser (Canada), Kevin Molino (Trinidad and Tobago), Eloy Room (Curaçao), and Gyasi Zardes (United States) have all been called up to their respective national teams for the Concacaf Gold Cup. Luis Díaz may also leave to join Costa Rica. Meanwhile, Artur, Aiden Morris, Milton Valenzuela, Josh Williams and Bradley Wright-Phillips will miss out due to injury. That is potentially 11 players absent.

That is a lot of starters and important squad depth missing from this team. After winning the MLS Cup last season, the Crew made some good signings in the winter and were named favorites by many to repeat because of their depth. Who Columbus coach Caleb Porter calls upon to step up will be interesting and could decide the match.

Despite the depleted roster, Darlington Nagbe and Lucas Zelarayán will still be the best two players on the pitch. Whether Porter chooses to pair the defensive Perry Kitchen or progressive Marlon Hairston with Nagbe in midfield will be key to the proceedings. Columbus has rarely changed formations under Porter, so expect 2020 SuperDraft pick Miguel Berry to start up top for the Crew.

Of the 11 goals the Crew have scored this season, four have come from Zardes, and three were own goals. Three more came from Zelarayán free kicks. Yuya Kubo will need to watch his tackles and limit the number of chances the Crew get from set pieces. If FCC is going to win its first home game of the season, it will have to get more from Brenner and refrain from gift wrapping chances for the Crew to finish.

This has to be a must-win, right? Expect FC Cincinnati to win this round, 2-1. 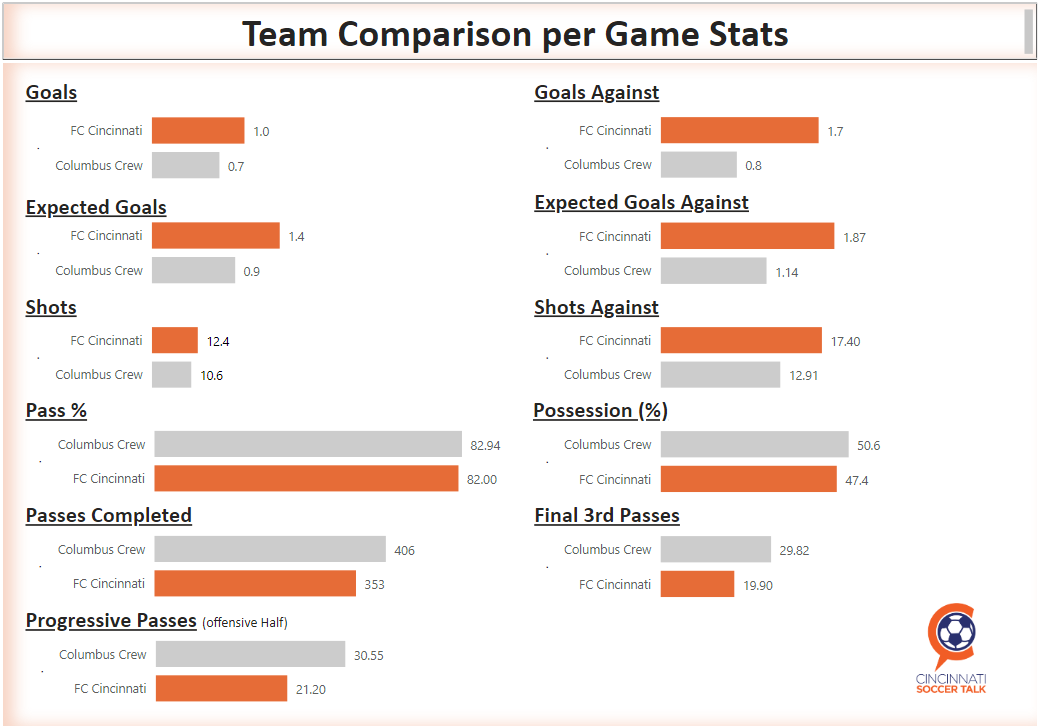 Be sure to check out the latest episode of March to Matchday, where Cincinnati Soccer Talk discusses the Columbus Crew match with Orri Benatar from Massive Report.