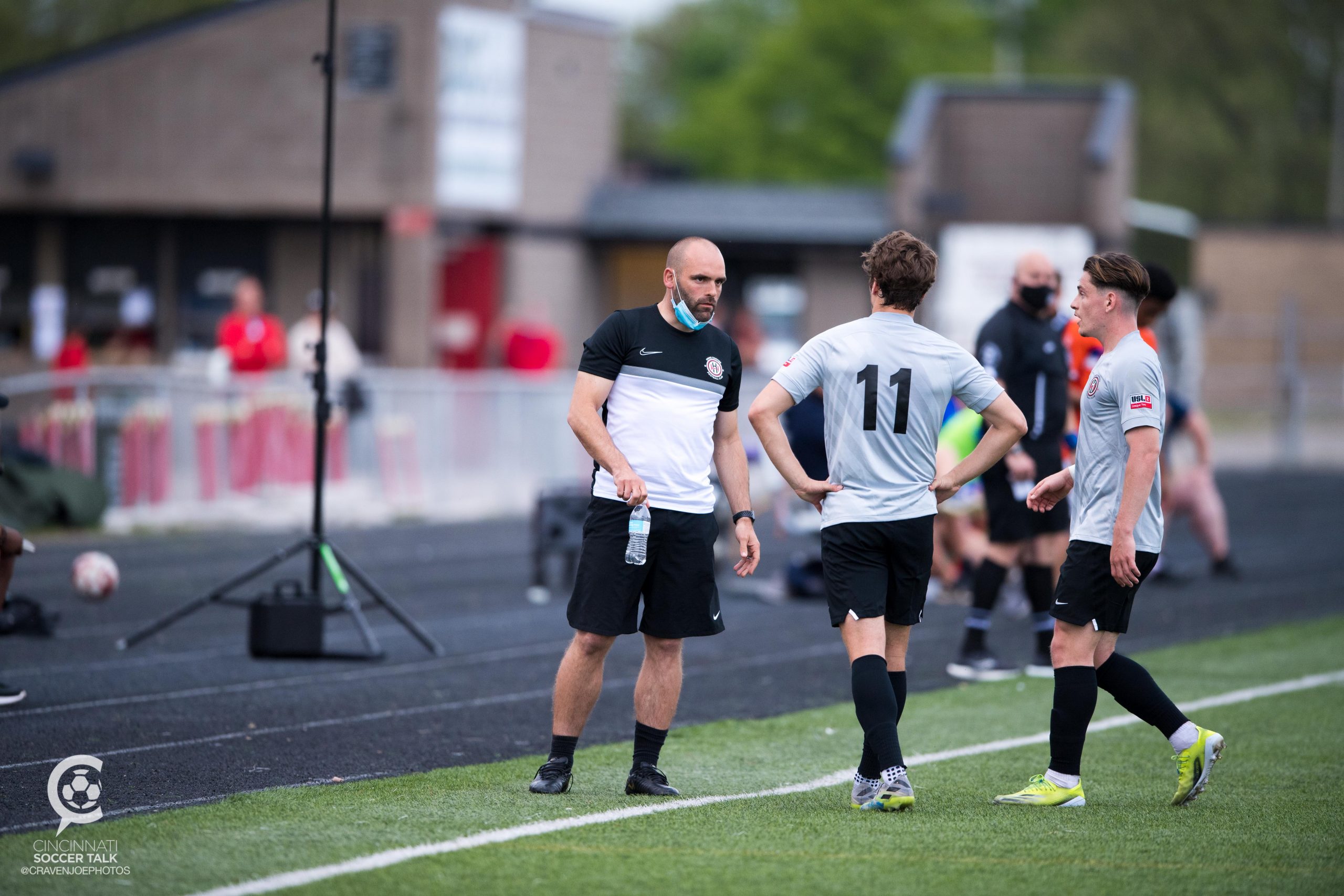 After a last-second victory over the Dayton Dutch Lions on Saturday, Kings Hammer FC faces Kalamazoo FC in its home opener on Wednesday.

Kalamazoo FC, fresh off of a 1-0 victory over the South Bend Lions, looks to come into Corcoran Field on Wednesday and knock off Kings Hammer FC. Kings Hammer also enters the match at 1-0 after an amazing goal in stoppage time put it over against the Dayton Dutch Lions on Saturday. This Wednesday’s match is scheduled for 7 p.m.

Kalamazoo joins USL League 2 for the first time after playing in the National Premier Soccer League (NPSL) for the previous five seasons. While previous records don’t hold much water in USL League 2, Kalamazoo ended its 2019 campaign 6-3-5 in NPSL. The 2020 NPSL season was canceled due to the COVID-19 pandemic.

Ryan Halloran- defender: the Detroit Mercy product had an assist against Northern Kentucky University this past February in its victory against eventual Horizon League regular-season champion NKU. (Kings Hammer’s Sam Robinson scored the only goal for NKU in that match.)

Keagan McLaughlin- goalkeeper: The Ohio State transfer and former member of the Notre Dame Fighting Irish played under Kings Hammer’s Paul Nicholson in 2019. While Keagan didn’t get the start in the first match of the season for Kalamazoo, it wouldn’t be a surprise to see him get the nod in this match.

Putting the Hammer to the Nail:

KHFC had the day off on Sunday and was back to work on Monday morning as it has a couple of matches this week. With matches at home Wednesday against Kalamazoo and at Oakland County on Saturday, Kings Hammer FC has to balance the workload with rest as the opening part of the schedule fixture is heavy.

With a number of matches in a very short period of time, you can expect to see a different starting 11 on Wednesday. One thing that Nicholson has done very well over his years as a head coach is giving every player an opportunity to earn their playing time. Each player that comes into Kings Hammer FC’s training and is on the roster gets an honest opportunity to earn playing time.

There are a couple of players that you should expect to still see out on the pitch despite other changes.  Danny Barlow (Saginaw Valley State) should still be in the midfield, and Ethan Garvey (University of Evansville) should see some additional time at center back. Barlow’s first 45 minutes against Dayton was phenomenal, and Garvey has ability to move as well for a 6-foot-6 defender.  He looked extremely comfortable in the back for the Kings Hammer FC defense.

Goal of the Week:

Karson Kendall’s match-winner in added time in Saturday’s match against Dayton was featured on ESPN.FC and is up for goal of the week on the USL 2 website.

How does Kings Hammer come away with three points against Kalamazoo:

Items of note for home matches at Corcoran Field: