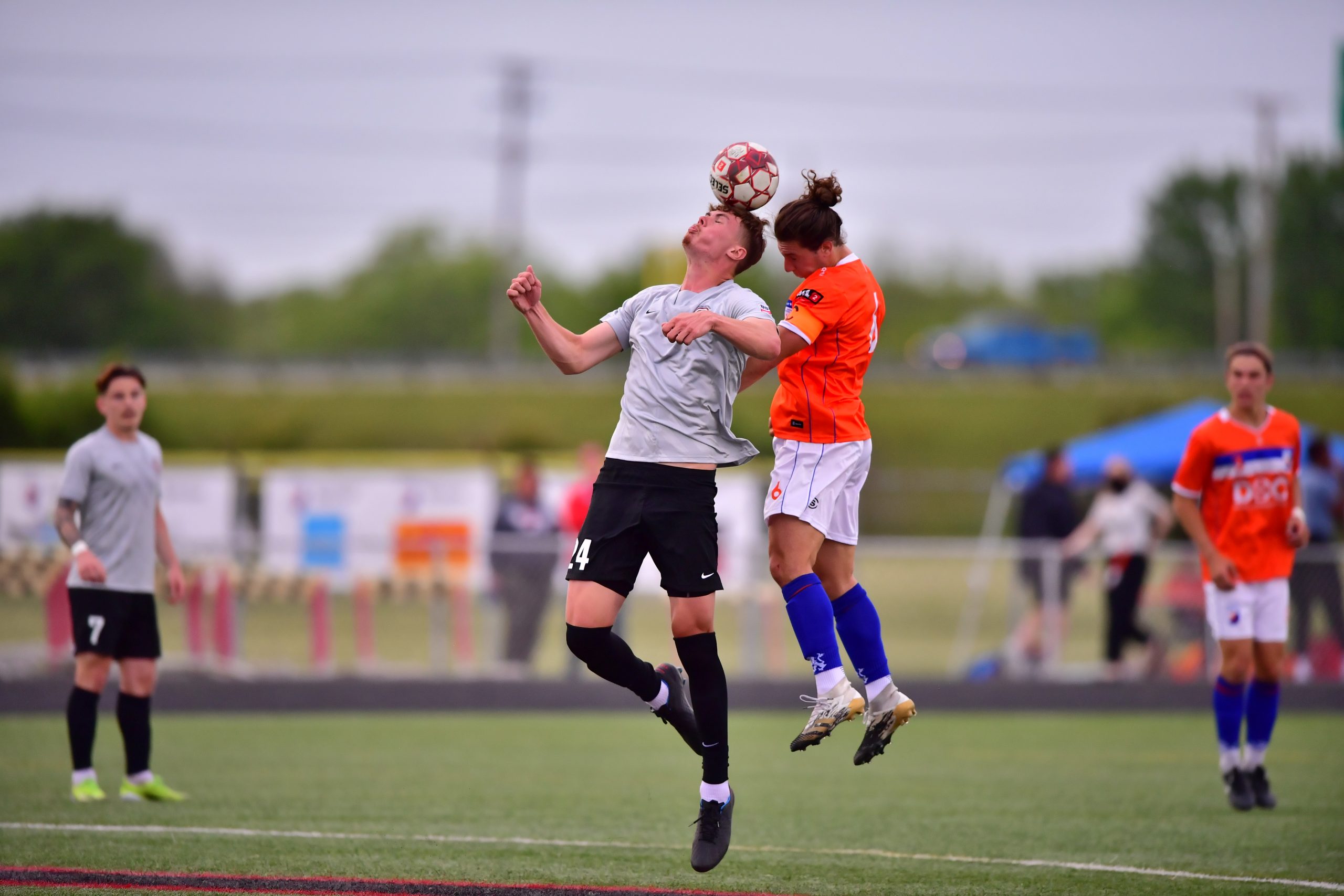 WEST CARROLLTON — For the fans, there’s nothing better than a regional rivalry. Cincinnati versus Dayton in the USL League 2 has been a time-honored tradition for fans of the amateur game. Kings Hammer FC went into Saturday’s match with high expectations, and the club did not disappoint with a 2-1 victory.

Kings Hammer FC controlled position through the majority of the first half against Dayton. Neither Kenney Walker, Reece Hands nor Jalen Brown were in the 18-man matchday lineup for Kings Hammer FC, and it still showed its ability to control the ball throughout the first half. When the lineup hit twitter, people were asking “Where’s Walker?” Walker was on the bench in a coach’s role for the evening and was out working with the players in both prematch warmups and at halftime.

KHFC showed flashes of brilliance in the first half. Daniel Barlow played an excellent first 45 minutes and gave KHFC a 1-0 lead with a goal in the 26th minute. The goal is the first regular-season goal in Kings Hammer FC’s USL League 2 history. The KHFC offense ran through Barlow in the first half, as he had four shots, three of which were on frame.

Had it not been for the Dayton keeper, Dayton wouldn’t have had an answer for the Kings Hammer offense in the first half. As the half went on, Kings Hammer’s possession game was strong. Dayton had to be happy going into the half only down one, as the Dutch Lions center back, David Koch was shown a red card in the 40th minute for what appeared to be a hard challenge. The Dayton players and bench did not agree with the call.

The last 10 minutes of the match turned into a typical Dayton-Cincinnati matchup. The game was super physical, and both teams were trying to do whatever they could to get three points out of the opener.  Kings Hammer really woke back up after the Dutch Lions equalized and had a number of chances going into the end of the match.

As the match neared the end, Kings Hammer FC had a free-kick from just inside the Dayton Half.  An absolute beauty of a service from Rodrigo Robles had the Dayton defense scrambling, and Karson Kendall was left with just enough space to score on an absolutely amazing bicycle kick to give KHFC the match-winner in the 91st minute.

Key takeaways from this match for Kings Hammer FC:

Keeping possession will be key for KHFC moving forward. The shot that Dayton put on goal was the equalizer and almost cost them two points.

If Barlow can play an entire 90 minutes the way that he played the first 45 minutes against Dayton, there may not be anyone in the division that can stop him.

Nicholson’s team needs to come out better in the second half when teams change tactics and make adjustments. A better team steals that match tonight and the three points go to the opponent.

KHFC needs to continue to gel as a team. They’ve only been together for two weeks at this point. and this is just something that will come with time together.

Three of the best players on the roster weren’t in the 18 tonight, and KHFC was still able to get the three points.

Kings Hammer FC has its home opener at 7 p.m. Wednesday at Xavier University’s Corcoran Field. Match tickets are still available for the opener and can be found here: https://app.soccerstub.com/venues/3475 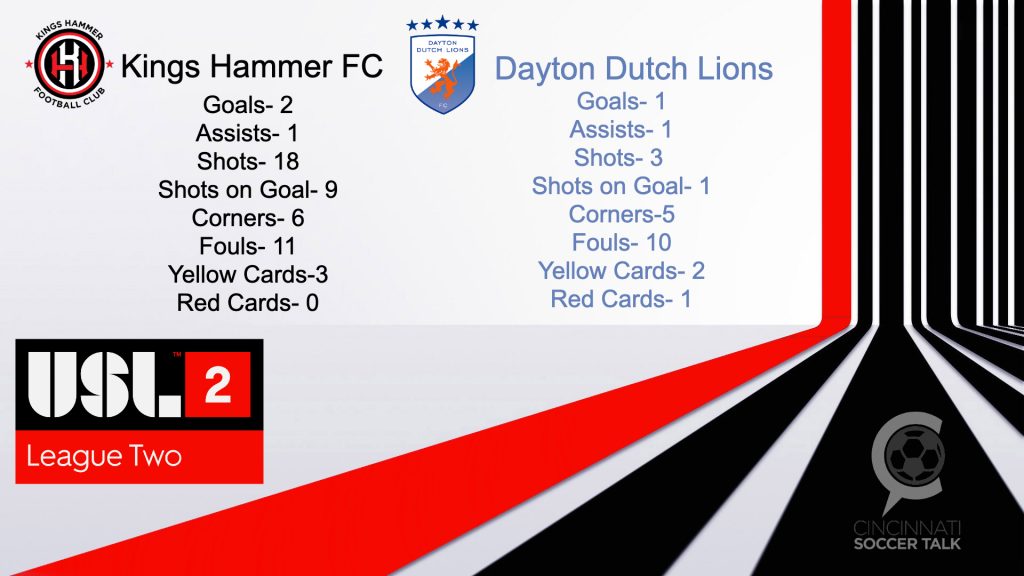