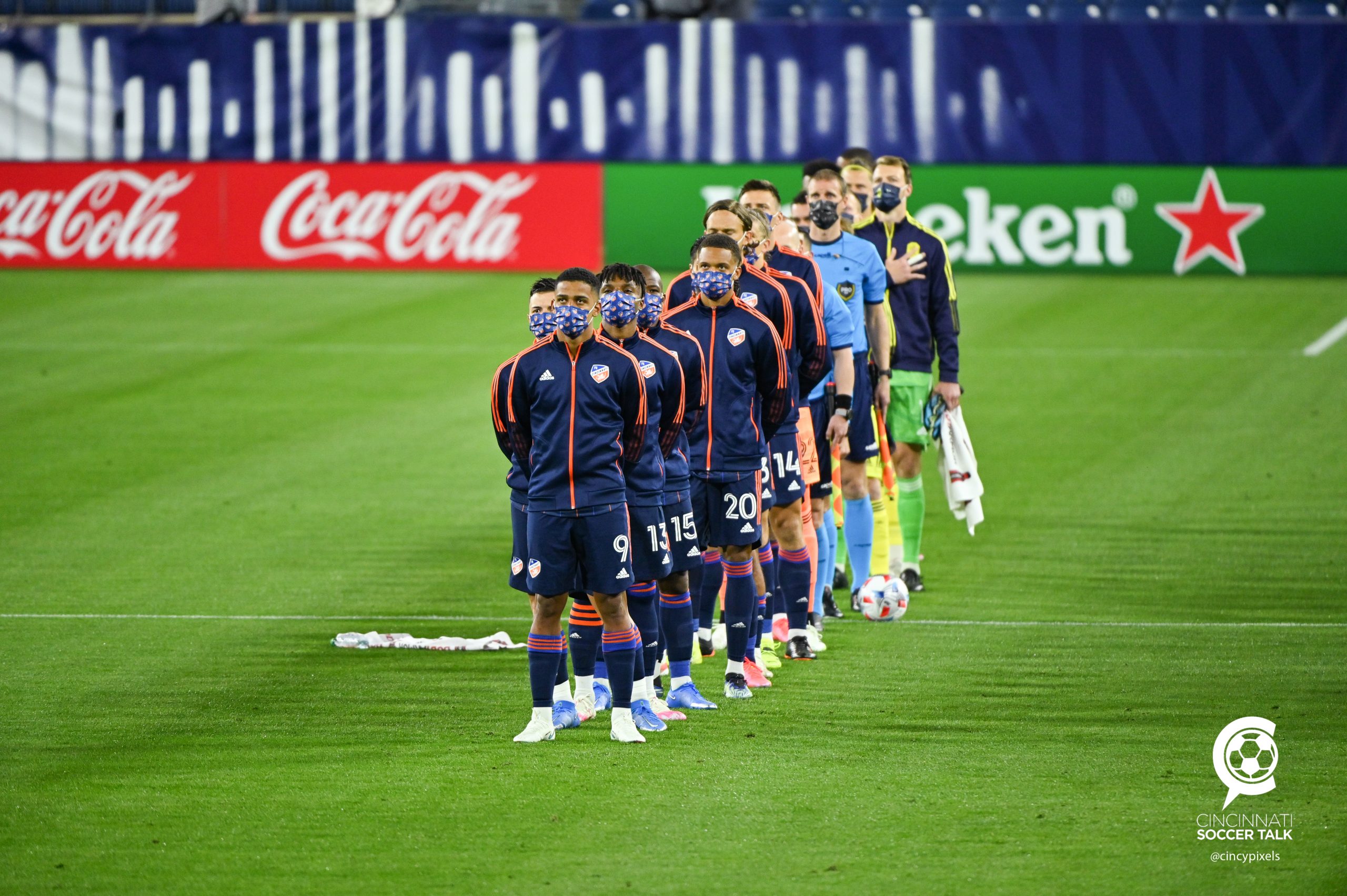 FC Cincinnati manager Jaap Stam is pleased with the response from his players this week in training following Saturday’s disastrous 5-0 loss at New York City FC. Stam’s marching orders for his squad were clear: Stay the course, believe in the plan, and do a better job defending set pieces.

“We’re going forward after a very disappointing result in New York,” Stam said via video call on Thursday. “The response in training has been very, very good. Everybody’s working very hard. When you lose a game like that, it makes it very difficult to accept. We’re looking forward to the Orlando game to see the response that we need.”

All five goals last weekend at Yankee Stadium came either directly or indirectly from set pieces, which has been an area of emphasis for FCC since last season. While Stam’s managerial style does not make him prone to wholesale changes in response to a loss of this type, the former Manchester United defender raised the bar this week for his players in this regard.

Stam would not use their absences as an excuse, of course, but an already difficult task last Saturday became even more so with the absence of Luciano Acosta, who injured his elbow the day before the match, and Przemyslaw Tyton, who came down with tightness during warmups. Tyton has been training individually this week. One or both of those players could be back for Saturday’s match at Orlando City.

Acosta is listed as day to day, and his availability on Saturday, according to Stam, will be determined on Friday, as will Tyton’s. There also could be another new face in the mix in Ghanaian winger Isaac Atanga, who joined the club in training this week and is progressing well. Stam said Atanga will travel with the team to Orlando.

“He can bring something to the game with his ability on the ball and his pace going forward,” said Stam. “Whether we use him or start him in the game, we’ll decide (Friday). He’s a clever guy. He understands certain things tactically. He understands what we expect from him. It’s good to have him over.”

Atanga, 20, was signed last month to a three-year deal on transfer from Danish Superliga club FC Nordsjælland. He made 19 appearances, including 10 starts, scoring five goals across all competitions in the current Danish Superliga season. In his career, the winger has made 58 career appearances, scoring 12 goals and adding five assists, across all competitions in two professional seasons in Denmark.

It took a few weeks to process his work visa, but Atanga finally arrived at Mercy Health Training Center this week.

“I feel like I’m ready to give all I can to help the team,” Atanga said during a video call with reporters on Thursday. “It’s been one week of training. I already feel at home. I was interested in the plan and vision at FC Cincinnati. I wanted to be a part of that vision.”

Atanga was brought in because he fits a different profile than the wingers already on FCC’s roster, according to general manager Gerard Nijkamp, having the pace to get in behind defenders to create or score goals. Atanga said on Thursday that he is comfortable on both the right and left sides.

“I’m going to contribute scoring and assisting my teammates, creating chances behind to help my team win,” Atanga said. “We play to win. I’m here to help my team and will do whatever I can. It is a good fit for me. They know what I want, I know what they want. We’re able to click well on the pitch.”

If anything, Atanga brings a new face, unique skill set and perhaps some fresh energy for FCC after last weekend’s loss opened some old wounds. Stam said there was no panic in training this week, but it’s clear that a response is required this weekend in Florida.

“We stick to the things we need to do better, and things that we’re still working on,” Stam said. “I stay the course. I believe in my way of playing. The players need to understand that it has to do with the play and execution. Certain details will need to change. We need to go forward.”