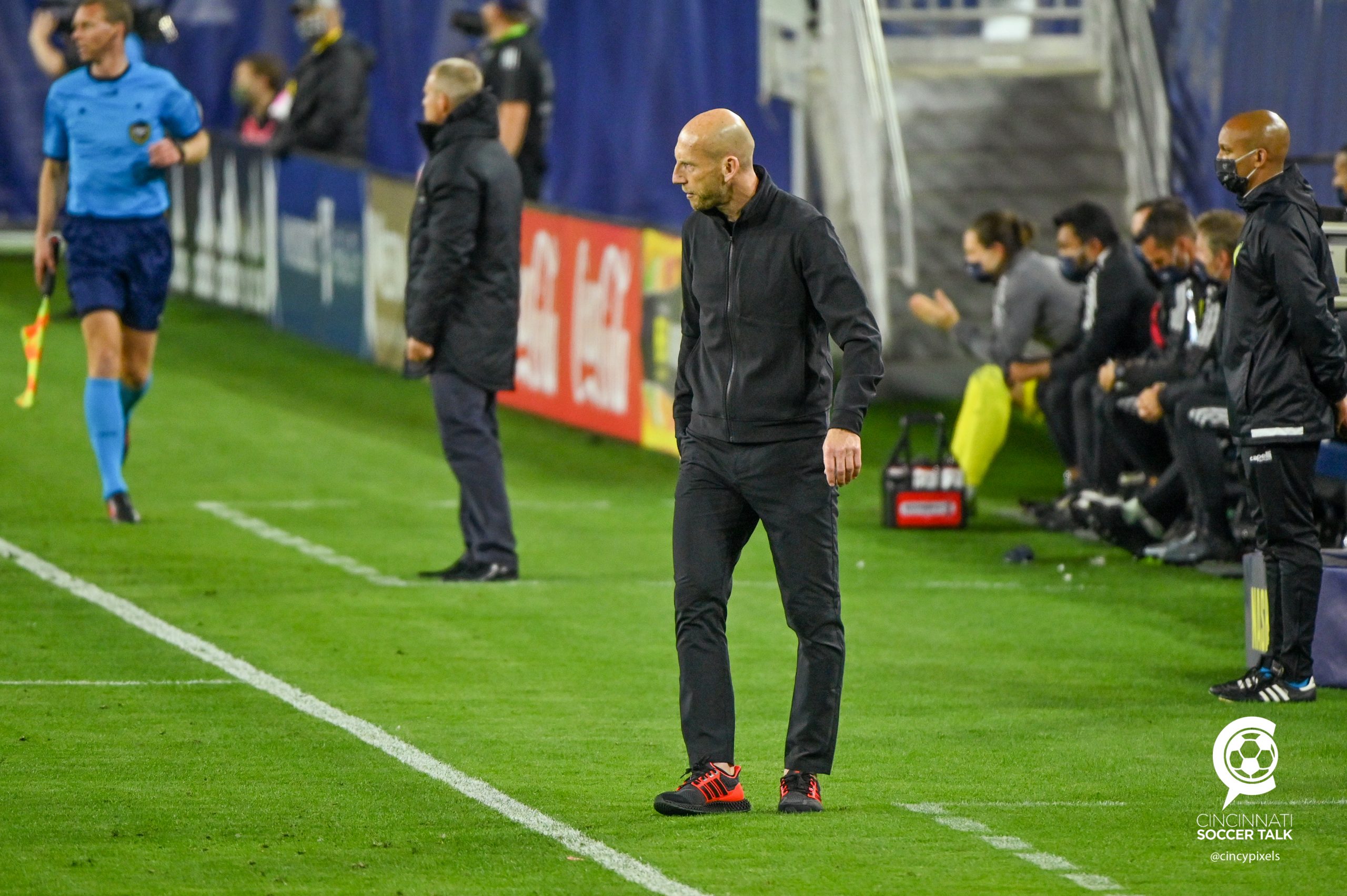 FC Cincinnati looks to rebound from its shutout loss last week with a trip to Orlando City SC on Saturday.

FC Cincinnati will look to bounce back from its horrific 5-0 loss to New York City FC when it goes up against Orlando City SC on Saturday.

FCC’s last match was — disappointing — to say the least. If the team would like to bounce back with a performance even close to something that might get them a draw, it will need to improve at every facet of its game.

The most important aspect that will need to be improved is the team’s defense — if something as porous as that can be called a defense. The only way FCC can stop goals from pouring in is by defending with nine players behind the ball. However, this is not sustainable and shouldn’t be the way the team defends.

FCC will be going up against Nani and Chris Mueller, who are both forwards that FCC’s defense will be scared of defending.

The mismanagement of the FCC defensive structure is seen most evidently in its terrible defending on set pieces. Most of the goals FCC has allowed so far this season have come from them, which speaks to how badly it has been drilled to know what to do in these instances.

The offense also looked as dry as the Sahara Desert for much of the NYCFC match, excluding the five or so minutes before the first half ended. It definitely missed one of its biggest offseason additions, Luciano Acosta, and it’s not clear how soon he’ll be back after suffering an elbow injury.

This is a big blow for the attack, as Acosta and Brenner are billed as a pair a lot of the time. Without that link to the front three in Acosta, FCC will look much the same as last year. However, Calvin Harris looked great with just a couple of long effort chances in the last match, and I wouldn’t be surprised if he scored a banger this season.

FCC has allowed seven goals in just two matches this season, which is an astronomical number. Orlando City has only scored one goal in its two games so far this season, getting shut out against Atlanta United and bagging one against Sporting Kansas City.

We are now in the age-old conundrum of which streak will break. Will FCC’s defense continue its swiss-cheese like performance, or will Orlando City continue to have trouble finding the back of the net?

Orlando City has also only allowed one goal this season, which was against Sporting KC. If FCC is without Acosta, and the offense looks like 95 percent of the match, then it will have a lot of trouble getting anything but a point out of its third match.

The headliners for Orlando City are Nani and Mueller. Nani has scored the sole goal of its season, with Mueller tallying the assist on that goal.

Júnior Urso has, however, tallied the most shots so far this season, with four total.

According to WhoScored.com, Orlando City attacked from the left side 41 percent of the time in its match against Sporting KC, which means Joseph-Claude Gyau should expect to see a decent amount of defending during the match. This resource also said it gave away a lot of free-kicks around the box, which could be advantageous for a team that might be looking for better ways to attack than facilitating a chance, especially if it’s missing Acosta. 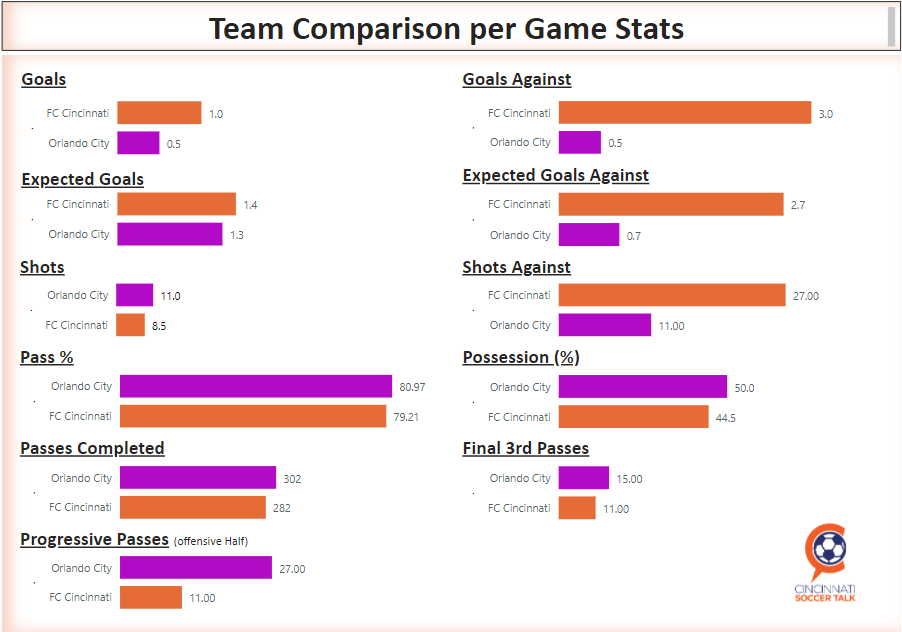 FCC has not faced off against Orlando City since the 2019 season. In those two matchups for FCC: