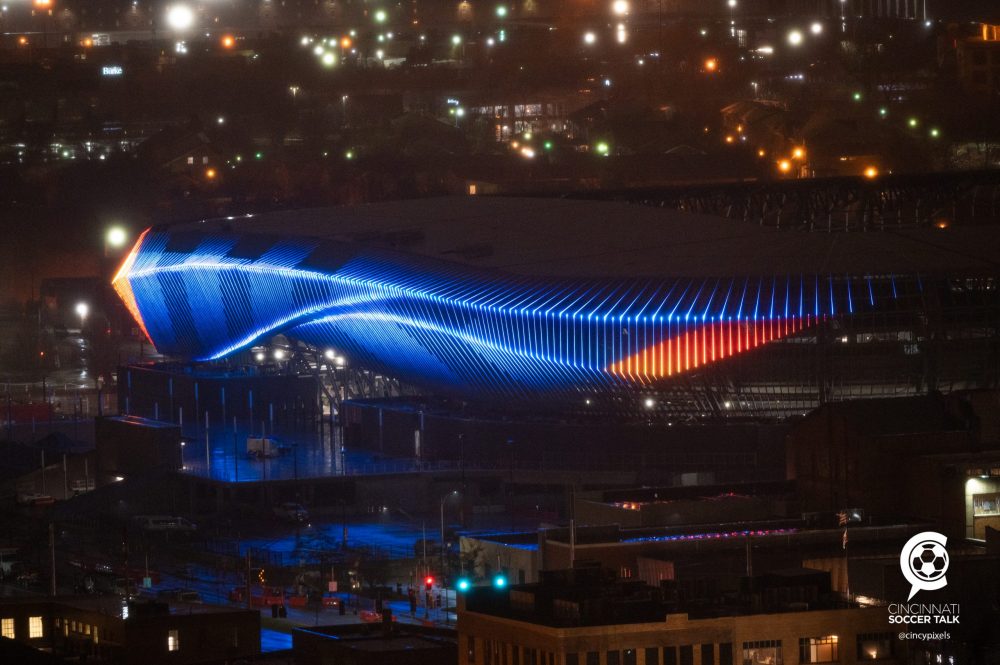 Cincinnati Soccer Talk has learned via multiple sources that TQL Stadium had formerly been picked as a match location for the 2021 Concacaf Gold Cup on July 25.

Cincinnati Soccer Talk has learned via multiple sources that TQL Stadium had been chosen as a venue for the 2021 CONCACAF Gold Cup. Sources indicated that at least one match was to take place on the weekend of July 25. Nearly published, we held the story as sites were re-evaluated due to the ongoing pandemic and restrictions. The good news is that the site and city were only cut because of a desire to use fewer venues as part of tournament safety. The process was far enough that Fox had already started planning for the broadcast in Cincinnati.

Cincinnati has been pushing for more high-profile matches in the past few years as more soccer-specific infrastructure is built. The city is also pursuing a bid to host matches for the 2026 FIFA World Cup in Paul Brown Stadium.

Concacaf has slowly released parts of the schedule. The Preliminary rounds will be hosted at Inter Miami CF Stadium in Fort Lauderdale in early July. The final is Aug. 1 in Las Vegas. The match in Cincinnati was expected to be in the quarterfinal stage. The stadium is free that weekend as FC Cincinnati is scheduled to play at Nashville SC on July 24.

The 2021 Gold Cup draw took place in September and is scheduled from July 10 through Aug. 1. Outside of Kansas City and Las Vegas, the other host stadiums are in the south. English-language broadcasts will be available on FOX Sports, while TUDN has the rights to Spanish-language broadcasts.

Cincinnati has recently been the host for U.S. national team friendlies. The U.S. women’s national team played New Zealand in 2017, and the men faced Venezuela in 2019 — both at Nippert Stadium.