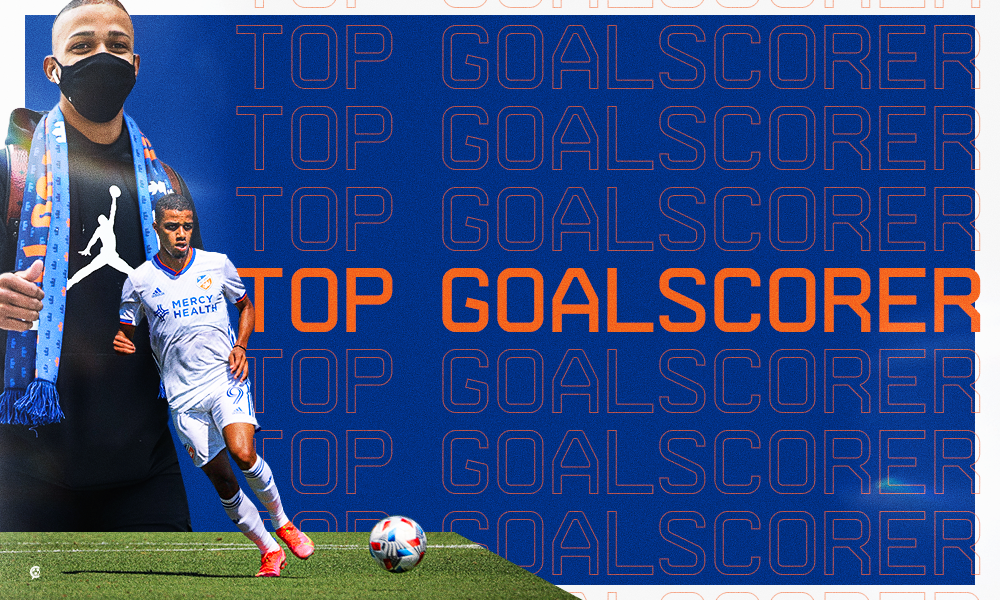 Cincinnati Soccer Talk continues its week-long roundtable by predicting who FC Cincinnati’s top goal-scorer will be in 2021.

FC Cincinnati’s 2021 season-opener is just days away — Saturday at Nashville SC. It’s the perfect time for preseason predictions. This week the Cincinnati Soccer Talk staff will give their preseason thoughts on a variety of items in roundtable format. We started Monday with predicting FC Cincinnati’s 2021 MVP. Tuesday we discussed the club’s potential comeback player. Today we reveal who we think will be the Orange and Blue’s top goal-scorer. Hope you enjoy and feel free to share your own predictions with us.

Who will score the most goals for FC Cincinnati in 2021?

How many of you were about to put Own Goal? I think it will be Lucho Acosta with the most goals, however I think there will be quite a few with respectable numbers. I don’t foresee Brenner being a bust in year one, but I think realistic expectations have him below 8 goals. Kubo, Barreal, Locadia (*if around for longer than 3 months) all should have some good chances, but I think Lucho will come out on top at 9 goals for 2021.

It has to be Brenner, right? A lot of time with roundtables, I like to go out on a limb but not here. The guy is a fox in the box and with support around him, I think he bags 10-15 in his first year. 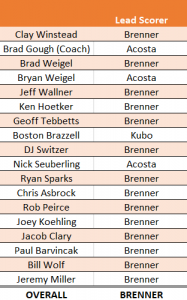 prospect, fresh off an explosive campaign, teaming up with a dynamic attacking mid, and having a possibly decent amount of attacking support flanking him. There’s a lot to like in there. But he’s also young, playing in a new country for the first time, in a league that is highly different than Brazil’s, while carrying the weight of expectation that comes with a large price tag. Too, Acosta was at his most effective with DC when Wayne Rooney would disrupt play by dipping deep into midfield to gain possession and then feeding in attacks that normally culminated with Lucho. If Brenner is employed similarly, Acosta leading the charts and Brenner’s tally taking a hit for the sake of the team could be a reality. Ultimately, it’s not unrealistic to expect either player to end up in double figures, with hopefully the rest of the attack providing a decent haul of their own, too.

FC Cincinnati’s top goal scorer will undoubtedly be Lucho Acosta. Brenner is going to bag some goals, but he’ll also experience the ups and downs that young players and foreign players experience in MLS… and he’s both. Acosta will be a mainstay on the pitch as the only true #10 on the team. I don’t think anyone in this squad breaks double-digit goals, however, so even as the top scorer Acosta will “only” bag 8.

This award could very well go to Lucho as well, and if he has a 10/10 season he will be close, but I’m gonna give this one to Brenner. I agree with Brad and I could see Brenner bagging a dozen goals in 2021. While he is young and new to MLS, the Campeonata Brasilieiro is intense. Brenner is more than prepared for the physicality of American soccer. Most of all, I think he will benefit from a full preseason in Cincinnati. Less time will be spent settling in and more time scoring. Twelve goals for Brenner.

I want to believe that this karmic smog cloud of disappointment will finally lift from the hills of the Queen City, but I’ve been burned from that caustic substance known as “hope” before. FCC hasn’t had a solid spearhead up top since Danni König, and maybe that fortune changes now that we have our golden child in Brenner. His luxurious price tag might draw a ton of pressure from opposing defenses, but I also think he will take advantage of a spread offense and be the one to step forward for penalty kicks. Let’s say he singlehandedly outscores the team’s goal total from last year with a lucky 13.

Brenner, 11. Brenner’s movement without the ball, commitment to score and knack for being in the right place at the right moment to slot balls home makes him the top candidate for FCC’s golden boot. He will benefit from Acosta. He will benefit from Locadia if he can re-emerge as a threat. Acosta could challenge here, too. But Brenner shows an ability to score from anywhere, whether it be a roaster from outside the area, or as a tap-in merchant when the opportunity presents itself.