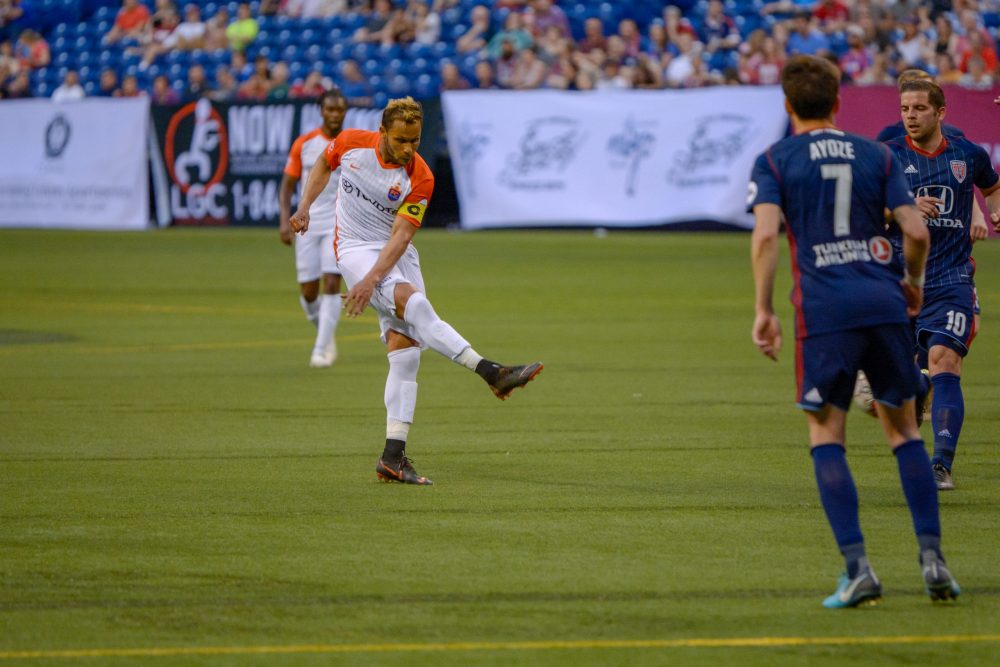 Earlier today, Kenney Walker was named as the first signing to Kings Hammer FC’s USL 2 roster for the upcoming season.

There’s excitement in the air in Cincinnati when it comes to soccer. FC Cincinnati has a new home that is opening up soon, the roster has been re-tooled, it looks much improved over last season, and Kings Hammer FC is set to take the pitch this summer in USL League 2.

Last evening, Kings Hammer FC held their first USL2, OVPL, and USL Academy tryout. Over the years, I’ve attended a number of USL 2 tryouts and I’ve never seen one as competitive as the one held by Kings Hammer FC at Town & Country Sports Complex. In addition to being a fan of the amateur game, and a member of the CST staff, I also got to experience the tryout as a parent as my oldest was out on the pitch looking for an opportunity to join the USL A side this summer. 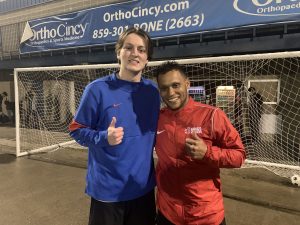 There were some familiar faces out at Town & Country. Will Schwing, who played for the OVPL Fall Champion Kings Hammer side was out looking to get a shot at making the USL 2 side, and former FC Cincinnati midfielder, Kenney Walker was out on the pitch as well. There was a little bit of a buzz during the tryout as a number of the other trialists were asking questions about Walker throughout the tryout.

Earlier today, Kenney Walker was named as the first signing to Kings Hammer FC’s USL 2 roster for the upcoming season. The veteran, Walker, will be a great locker room presence for KHFC as they look to build their USL 2 roster. The 32-year-old will wear the familiar number 32 this season for KHFC.

Kenney’s return to Cincinnati comes after stints with Indy Eleven and Louisville City FC. In Kenney’s time with FC Cincinnati he made 80 appearances with the club and was one of the “Cincinnati Original 3” that was with the club through the club’s entirety in USL Championship.

When asked where Kenney will be playing this season, KHFC Head Coach Paul Nicholson said “He can play the 6, the 8, or possibly the 10.” The most interesting part of Walker joining the club is that he truly is like having another coach out on the field. Even during the tryout, he was offering suggestions to the younger players and explaining different things that he was seeing on the pitch.

Kings Hammer FC has offered tickets to their home matches for any family that is already part of the Kings Hammer Soccer Club. Director of Soccer Operations, Brandon Ponchak, said that their home matches at Xavier are already at 63% capacity for the upcoming season. Tickets will go on sale to the general public soon.

Keep your eyes out for more Kings Hammer FC information as we get closer to the season here on Cincinnati Soccer Talk. In addition to articles about KHFC we are excited to be starting a KHFC Podcast soon as well.