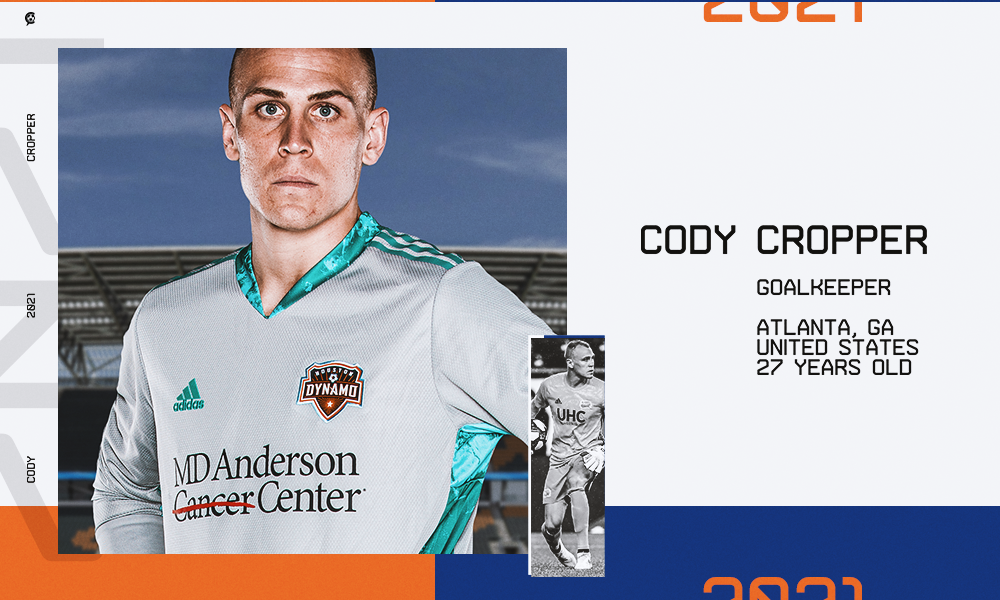 FC Cincinnati on Wednesday signed veteran MLS goalkeeper Cody Cropper. He is 27 and will take a domestic roster spot in 2021 and occupy a supplement roster spot in the 21-24 range.

Cropper has spent the last five seasons in MLS with two different clubs, the New England Revolution from 2016-19 and Houston Dynamo FC in the 2020 season. He made 36 appearances for the Revolution, including 28 in the 2017 season.

Cropper was also loaned to Hartford Athletic for part of the 2019 USL Championship season, where he made nine appearances for the team.

Prior to Cropper’s time in MLS, he played for the Southampton U21 team, where between 2012-15 he made 24 appearances.