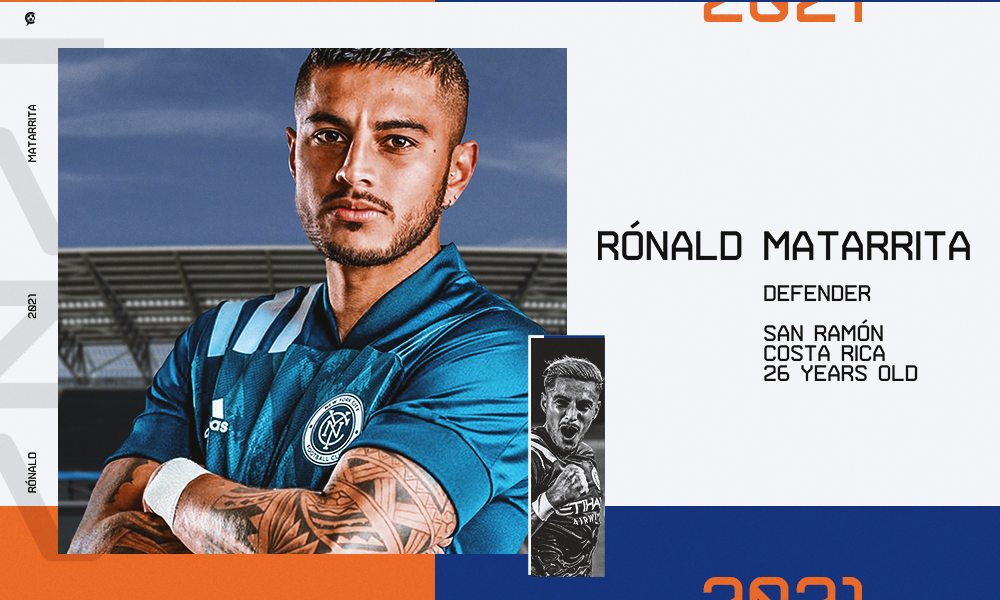 FC Cincinnati announced Tuesday it has reached an agreement with New York City FC for Costa Rican left-back Ronald Matarrita. FC Cincinnati will be sending $500,000 in general allocation money and possibly an additional $100,000 in GAM should Matarrita reach certain incentives in 2021.

Matarrita has spent the past five seasons with the New York City club and does hold a Green Card, allowing him to occupy a domestic roster spot for the Orange and Blue. He has logged 106 appearances, including 89 starts, scoring four goals and assisting on 13 in MLS regular-season matches.

FC Cincinnati needed a left-back after saying goodbye to both Greg Garza and Andrew Gutman this offseason.

“It was a shrewd move by Gerard Nijkamp to go get Mataritta, who is a Top 5 starting left-back in MLS. At 26, he holds a green card and still should have sell-on value near the end of his contract,” Weigel said. “Make no mistake, $500k in GAM is a lot of money to trade for any player in MLS. Deferring half of the transfer fee to next season frees up FC Cincinnati to go out and make another move to bring in another piece via trade within the league. It was a creative move and could be a sign that Nijkamp is starting to become familiar with the roster mechanisms unique to MLS.”

Matarrita has been a regular selection for Costa Rica alongside new teammate Allan Cruz. He has made 37 appearances and scored his first goal for the Ticos in a 2018 FIFA World Cup qualifier against Panama on Sept. 6, 2016.

To see the latest roster budget updates, you can visit our roster page here.

Stay tuned to the latest Cincinnati Soccer Talk podcast, returning next week on Monday night to kick off the 2021 year.