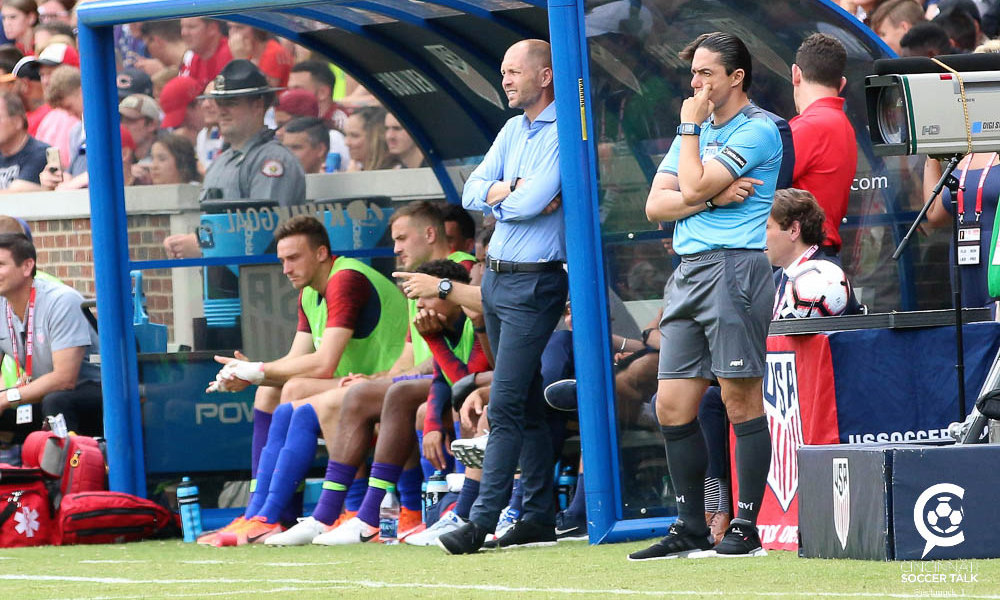 Before United States men’s national team coach Gregg Berhalter fielded questions about next week’s friendly against El Salvador or delved into roster decisions or other topics of interest during Tuesday night’s video conference with national media, he took a few moments to talk about Frankie Amaya.

“I know all the players are thinking about him,” Berhalter said.

About 24 hours after it was announced that Amaya had earned his first senior call-up for the U.S. squad, the FC Cincinnati midfielder tweeted that he had tested positive for COVID-19 and that his dream opportunity would have to wait.

The disappointment was shared by Berhalter and other national team members.

“This is one of these really unfortunate things,” said Berhalter, in his opening remarks. “A player gets his first national team call up and finds out he’s not able to participate. So our heart goes out to him and his family. We wish him a speedy recovery.”

U.S. Soccer confirmed on Tuesday that Amaya would be replaced on the roster by Orlando City midfielder Andres Perea.

Amaya remains in isolation and is observing the appropriate quarantine protocols. His positive test came during U.S. Soccer’s camp arrival testing procedures after all of his pre-arrival tests were negative. He was not in contact with any other players or staff following his arrival.

Berhalter said Amaya’s call up wasn’t just to give a young player a chance to shine in December camp.

Amaya, FCC’s first overall pick in the 2019 SuperDraft out of UCLA, had been on the national team’s radar since he made seven appearances and five starts during the 2018 Concacaf Under-20 championships. And despite FCC’s poor showing as a club in its second MLS season, Berhalter said Amaya stood out.

“It was a case of watching him the whole year,” Berhalter said. “He was very good in tight spaces. He was very good with his body shape. For a smaller player, he competes in every game. He looks to tackle, very aggressive defending. For us, it’s how do we fit a guy who’s very secure on the ball and win tackles into what we do. It was a really interesting opportunity to look at him.”

Amaya, 20, started 21 matches last season and scored his first professional goal in the 1-0 victory over Atlanta United on July 16 in the MLS is Back Tournament. According to Infogol, Amaya completed 88% of his passes and 63% of his tackles over his 21 starts and had an average player rating of 6.05.

Berhalter did not offer up any specific plan for Amaya in terms of where he might fit in position-wise.

“For any of our younger players, they’re here for a reason,” he said. “They’ve earned this call up for what they do well. We want our younger players to focus on their strengths. Just keep doing those things well and we’ll fit them into what we do.”

Berhalter also wouldn’t speak in specifics about what Amaya’s absence from December camp would mean for his future with the senior squad. He did say there will be a January camp which will have a training period ending with one match at the end of the month. It’s too early to say if Amaya would be a participant.

“He’s eligible for a lot of our age groups,” Berhalter said. “As far as the future goes, it’s difficult to say. We don’t exactly know what January is going to look like and it would be based on how he’s doing with Cincinnati if he gets another opportunity.”