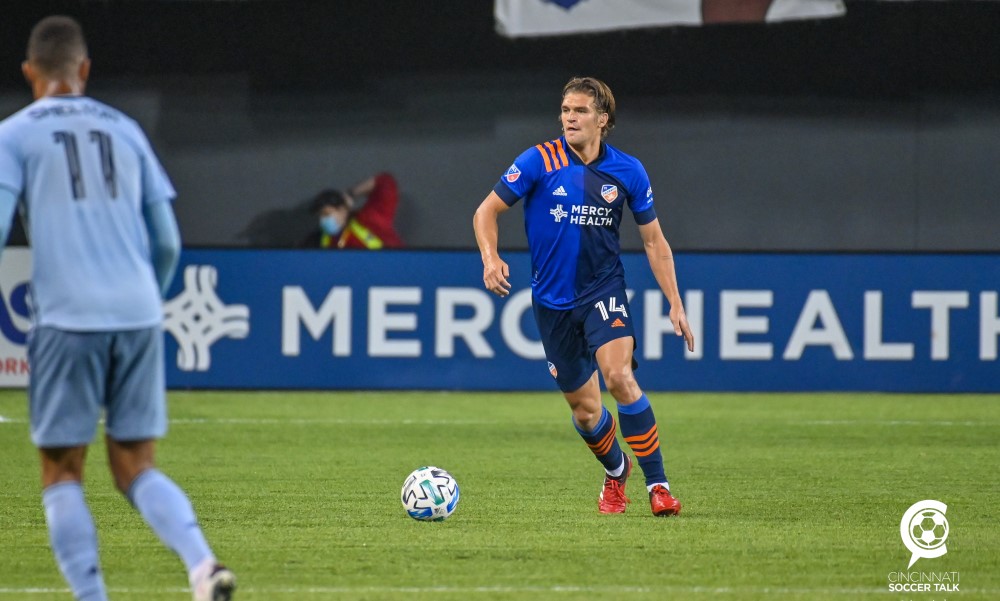 “We look forward to having all four players back on our roster for the next MLS season,” general manager Gerard Nijkamp said in the club’s press release. “Even though we did not exercise their player options, we identified each of these four players as good fits for the team that we are building. We look forward to adding to our roster in the coming months ahead of the new season.”

The addition of these four players brings the 2021 roster up to 19 players with the future of loanee Andrew Gutman (Celtic) uncertain.

Fans should be happy that Cincinnati native Hagglund will be returning for 2021. The center back appeared in 10 of the club’s final 13 matches, scoring once, and was named to the MLS team of the week twice. Hagglund impressed over the final stretch of the season and was one of few FCC players that could be consistently relied on.

Gyau was also another bright spot in his first full campaign in the Queen City. While his offensive numbers weren’t impressive (one goal), that could likely be traced to a lack of consistency up front and opposing clubs focusing on the winger. He will have competition on the right wing and could also feature at right back into the future.

Stanko may surprise some with his new contract. The midfielder had a strong beginning to the season, but featured less after the arrival of Kamohelo Mokotjo. Stanko will occupy a valued domestic spot in 2021 but will have to contend with Haris Medunjanin, Allan Cruz and Frankie Amaya along with the South African. He has appeared in 36 matches for the Orange and Blue and is a quality backup if not fringe starter in MLS.

Tytoń experienced a good season in 2020, but his contract and international slot weighed heavily on the club. His domestic status must be certain, making this move more palatable. It still remains to be seen whether his contract will prohibit many new signings in 2021, but something is to be said for consistency coming off a difficult campaign. The Polish native should feature prominently in 2021 over USL Goalkeeper of the Year Ben Lundt and Homegrown player Beckham Sunderland.

Any additional official moves will likely not be announced until the MLS roster freeze is lifted on Dec. 13. Teams will have a half-day trade window, followed by the 2020 MLS Expansion Draft on Dec. 15, End-of-Year Waivers on Dec. 16 and the Re-Entry process in two stages, Dec. 17 and Dec. 22.