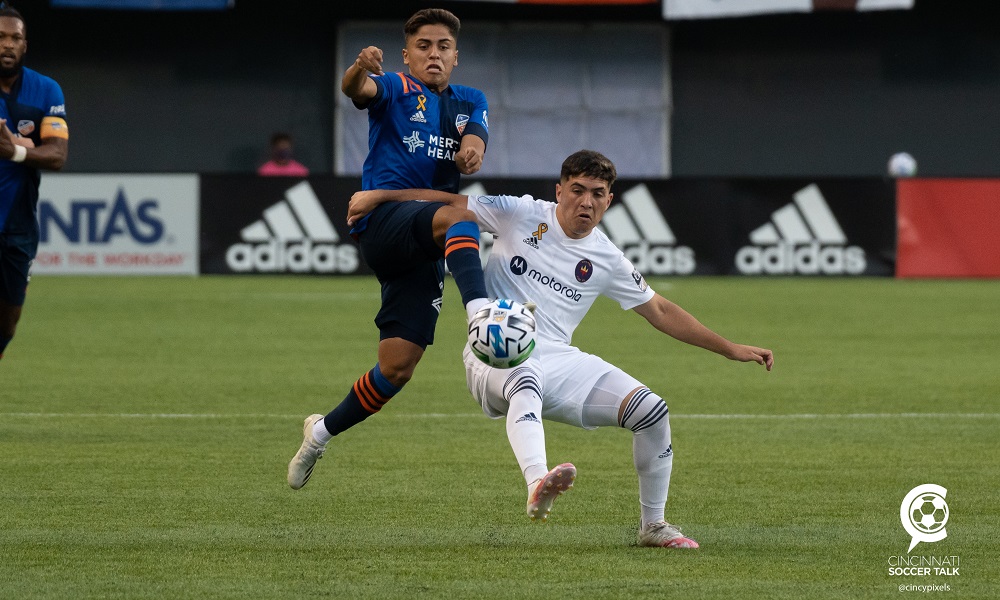 An appearance with the senior squad could go a long way toward Amaya’s value in the international market.

The roster for the match, set for 7:30 p.m. Dec. 9 at Inter Miami CF Stadium in Fort Lauderdale, Florida, was released Monday. Amaya was on a roster of 22 players, including five midfielders. All but one player called up is from MLS, and the roster features 12 players who have never been capped by the senior squad.

According to a USMNT tweet, the nature of the roster make-up is because the friendly falls outside of a FIFA international window.

“Since returning to the field, the focus has been on continuing to build on our foundation and preparing the team for important competitions in 2021,” Berhalter said in another USMNT tweet. “We have utilized these opportunities to work with our core group while evaluating young talent in an effort to strengthen our overall player pool.”

In friendlies earlier this month, the USMNT drew Wales 0-0 and posted a 6-2 victory over fellow Concacaf foe Panama. The roster for those matches was heavy on players from international club teams

Amaya has prior experience with the U.S. national team as a youth. He earned a roster spot for the 2018 Concacaf Under-20 championship and made seven appearances, including five starts. The U.S. defeated Mexico 2-0 in the tournament final. But he was passed over by then-coach Tab Ramos for the U-20 World Cup roster just last year.

The call-up could boost Amaya’s value for FC Cincinnati from a business perspective should Amaya eventually be sold to TSG Hoffenheim or any other international club. According to a report from The Athletic, MLS clubs now receive 95% of transfer fees for players sold outside of the league. This is a change as clubs would only receive 66% of the fee for Generation Adidas players in their third season with their club.

This inclusion could also help Amaya in any move abroad as many foreign leagues require national team appearances to require an international work permit. According to a report from the Glasgow Times, FC Cincinnati left back Andrew Gutman is having issues qualifying for his work permit with parent club Celtic which could lead to an additional loan or sale back to FC Cincinnati.

Amaya, FC Cincinnati’s overall top pick in the 2019 SuperDraft, started 21 matches this season and scored his first professional goal in the MLS is Back Tournament, lifting the Orange and Blue to a 1-0 victory over Atlanta United on July 16.