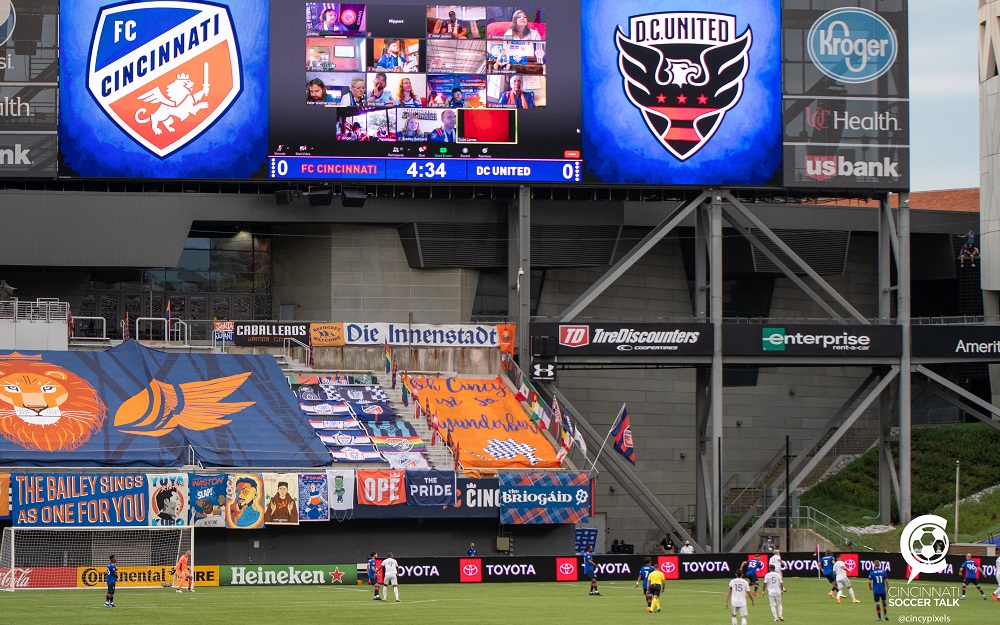 Both FC Cincinnati and D.C. United have some positive momentum going into Sunday’s match at Nippert Stadium.

FC Cincinnati and D.C. United sit at the bottom of the Eastern Conference. Both snapped losing streaks midweek with Cincinnati defeating its Ohio rival Columbus Crew SC and D.C. getting a draw against Philadelphia. Each team would like to keep that positive momentum when they face off at 7:30 p.m. Sunday at Nippert Stadium.

DC United parted ways with coach Ben Olsen just over a week ago. Since then, interim coach Chad Ashton has lost to Chicago and tied Philadelphia. Sometimes there is a new coach bounce when changes are made, but that does not appear to have happened with D.C., suggesting some more significant changes are required to right the ship. What D.C. was doing wasn’t working, so what does Ashton do to change the trajectory? It’s unclear what that is, but it makes the team fairly unpredictable.

Like the Orange and Blue, D.C. United has not had much luck with their DP signings either. Paul Arriola picked up an injury early in the season, and Edison Flores has not produced any output. Striker Ola Kamara is the leading scorer with three goals. Midfielder Yamil Asad had a great game against Philadelphia netting a goal and an assist. FC Cincinnati can’t ignore a designated player signing, so it’ll need to watch Flores, but should also make sure it keeps Asad and Kamara in check as well.

FC Cincinnati was riddled with injuries in the last match. playing without eight starters from the previous match, but the result was positive. Many of the injuries are now cleared medically. Will FCC go back to the players it relied on earlier or stick with the lineup that got a result in the last match? If Jürgen Locadia is able to play, expect coach Jaap Stam to play him over Brandon Vazquez. It wouldn’t be surprising to see the captain, Kendall Waston, back in the starting lineup either. A large question for many fans is likely whether Frankie Amaya has been resting or has lost his starting position.

D.C. United and FC Cincinnati have had three MLS matches in their history. D.C. United won the first match, but the previous two matches have been draws.

Mathieu Deplagne, Greg Garza and Przemysław Tytoń were not medically cleared to play against D.C. United as of Friday.

Kendall Waston earned his fifth yellow card in the last match against New York City FC, but had his accumulation count reduced by one for good behavior earlier in the season. He does need to be careful, however, to avoid another yellow, or he will be suspended a game.

For “in-the-know” information, listen to March to Matchday where Cincinnati Soccer Talk discusses upcoming matches with media sources from the opposition. On this week’s March to Matchday, Ted Meyer visits from the RFK Refugees Podcast.

For tactical breakdowns and discussions, check out Talking Tactics with Coach Brad Gough. Listen to his analysis of the last match against DC United or check out his take on the most recent matches against Toronto and Columbus.