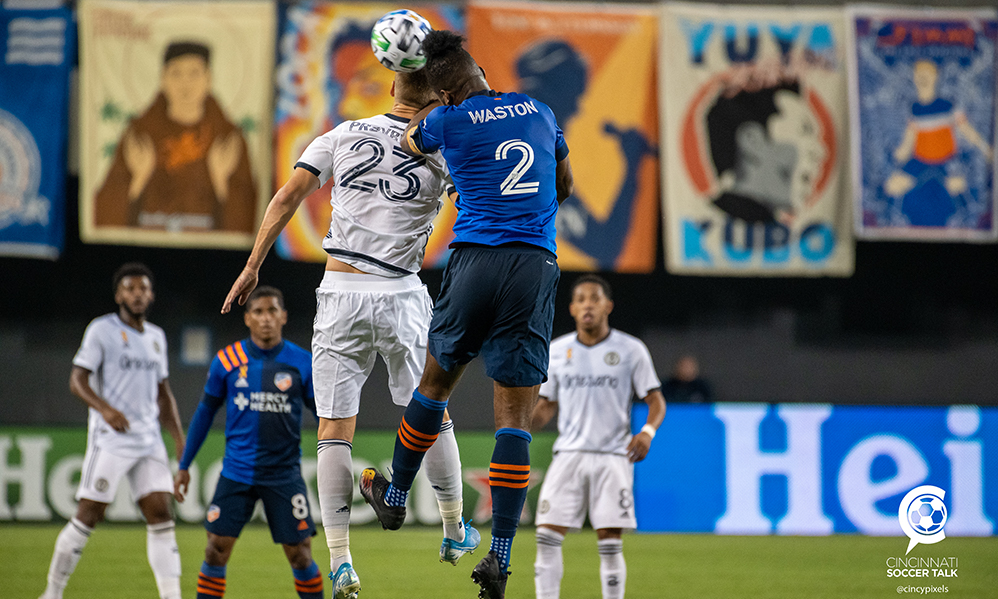 FC Cincinnati begins a five-match homestand to close out its time at Nippert Stadium on Sunday against Eastern Conference-leading Toronto FC.

After a matchup against second-place Philadelphia Union last Wednesday, FC Cincinnati will have to face off against first-place Toronto FC. Toronto FC is at the top of the Eastern Conference with 34 points and a 10-2-4 record. Toronto is currently on a six-game unbeaten streak, with five wins, including wins against Philadelphia and Columbus.

Toronto has one of the best attacking combinations in the league, with Alejandro Pozuelo and American youngster Ayo Akinola scoring seven and eight goals respectively. Pozuelo has tallied nine assists this season as well. Even more than against Philadelphia, FC Cincinnati’s defense will need to be completely together and working as a unit to even stand a chance of getting a single point, which is not something the team has been at all capable of doing.

Toronto plays like a unit and a complete team. Even while missing Jozy Altidore, who seems to be receding in quality, the team looks to have a much better player in Akinola. Both Akinola and Pozuelo seem to have formed a partnership allowing both to flourish while on offense.

Toronto’s defense has allowed 16 goals this season, but some of the matches against the worst of teams have been eye-opening. It has allowed two to D.C. United and three to Vancouver. However, these matches were a while ago, but it might show a hint of playing down to its competition. There might be a bit of hope in that sense for FCC.

Since changing to the 4-3-3 formation, FCC has looked alright on the attack but with nothing to show for it. However, the defense has allowed five goals in the two matches, with a few of them being utter travesties. Mathieu Deplagne has been one of the worst performers, continually a hindrance on both sides of the ball. The other three haven’t been much better.

FCC will need to have a new left-back for the match with Greg Garza and Andrew Gutman out for the match. Zico Bailey did well in place of Garza, but that might not be a permanent solution. This is not the best game to be trying out new players but unfortunately, that is the way it might have to be.

FC Cincinnati has also only scored two goals in its last 11 matches. A couple of games ago it was getting into the team’s head, but now it is fully ingrained in their brains. The team is completely anemic in the final third. Jurgen Locadia has had a couple of times outside of the box where he looks like the player FCC wanted, but then he gets the ball inside the box one-on-one against the goalkeeper and every single time, he hits it straight at him. Then, players like Yuya Kubo and Allan Cruz pass the ball to the nearest defenders. We all were hoping to finally see Cruz back with coach Jaap Stam at the helm, but if this is what Stam sees in practice, it’s understandable why he didn’t want to play Cruz.