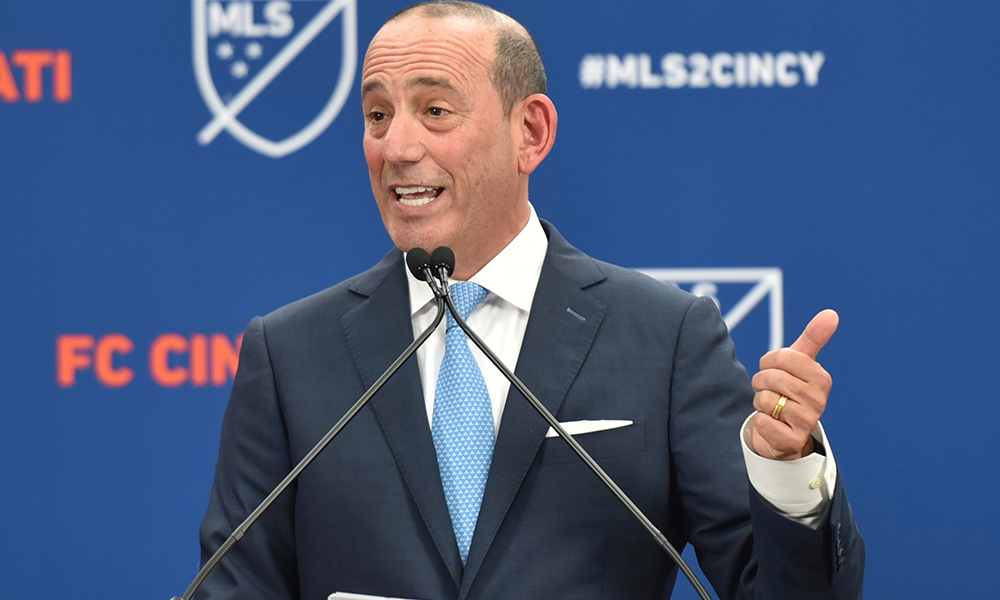 The MLS Players Association agreed Wednesday with the league on a new collective bargaining agreement and to restart play in a tournament-style format in July. The agreement avoids a league-threatened lockout.

After a weekend of dramatic, 11th hour negotiations, the Major League Soccer Player’s Association (MLSPA) approved a plan Wednesday to return to tournament-style play in July in Orlando, Florida, following the COVID-19 suspension and voted to ratify a new collective bargaining agreement with MLS, narrowly avoiding a lockout that had been threatened by the league.

“MLS Players today ratified a new collective bargaining agreement, which will run through the 2025 season,” the MLSPA said in a statement. “Today’s vote also finalizes a plan to resume the 2020 season and provides players with certainty for the months ahead. It allows our members to move forward and continue to compete in the game they love.

“However, we recognize that we are all moving forward — as players, as fans, as societies, as a world — into a future that looks much different than the one we envisioned a few months ago. There are problems we face collectively that are both more urgent and more important than competing on the field. We are grieving, we are fed up, we expect change and we expect action. This change won’t come on the field, but it will come partly through the force and determination of all who seek justice and equality. We hope our return to the field will allow fans a momentary release and a semblance of normalcy. We are committed as a group to doing all that we can — as both leaders in our sport as well as leaders in our communities — to help carry our countries, our communities, our league and our sport forward.

“Navigating the challenges of the past several months would not have been possible without the incredible dedication and leadership shown by our Executive Board and Bargaining Committee. Finally, none of what we do as players would be possible without our Supporters Groups and fans, and we thank them for their continued support and solidarity.”

Jeff Carlisle, of ESPN, reports that the players have agreed to economic concessions of over $100 million. This includes a salary cut of 7.5% that will start in June and puts a cap on player bonuses at $5 million for this season. The players also agreed to reduce a revenue-sharing plan that will start in 2023, and the team salary increases that were agreed to in February will be delayed by a year.

This past weekend has been a whirlwind for these negotiations. Many became pessimistic last Sunday, when MLS made some last-minute changes to a force majeure clause in the new CBA. Force majeure, which literally translates to superior force in French, is a common clause used in contracts that allows one or both parties to back out of a deal if circumstances arise that are out of their control, such as a global pandemic.

The league wanted to be able to trigger force majeure if five MLS teams experience a 25% drop in attendance in a single season. MLS also proposed delaying a revenue-sharing plan by a year. The players were not pleased with this new proposal. Despite that, MLS issued an ultimatum: Agree to the terms by Tuesday or they would lock the players out.

The lockout threat frustrated players, but they stood firm. On Monday, players across the league opted not to attend the first day of voluntary training sessions with their clubs. MLS Commissioner Don Garber thought it necessary, as the impact of COVID-19 will likely extend to next season.

“We were together trying to figure out how that force majeure clause would be effective in managing any continuation of issues like this one,” said Garber on a conference call with reporters this afternoon. He also spoke specifically to the economic impact on the league.

“Major League Soccer will take a billion dollar revenue hit due to the pandemic.,” Garber said. “And that’s a function of lost revenue that regardless of what we’re able to do, is going to be nearly impossible to generate at the levels that we need.

MLS is right to be concerned over this lost revenue. But they overplayed their hand in negotiations, and after seeing the reactions of players and fans alike, they revised their proposal, offering the terms the players approved today.

The door is now open for MLS to return. The league is looking to restart the 2020 season next month with a tournament at the Wide World of Sports Complex at Walt Disney World in Orlando, Florida. While many proposed details about this tournament have been leaked in recent weeks, nothing has been officially announced yet.

Follow cincinnatisoccertalk.com for more coverage as the story develops.