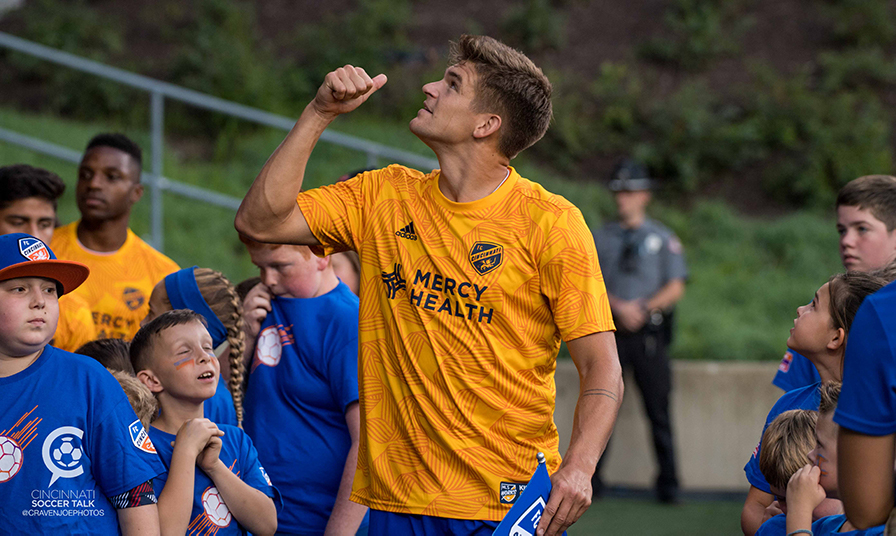 Amid the backdrop of a global pandemic and nationwide protests over police brutality against African-Americans, Major League Soccer’s ultimatum to its players this week drew stark criticism from many fronts.

In the end, the league’s public-relations gamble which threatened to lock out players provided the impetus for a new collective bargaining agreement which extends through 2025 and sets the stage for a potential return to the pitch this summer.

“The threat of a lockout is a scary thing, for sure,” said FC Cincinnati defender and MLS Players Association player rep Nick Hagglund. “It made the players dig their heels in even more. I’m really proud of the players and how they responded to that. There was no panic. Everyone was on the same page. MLS needed a decision made. It put a timeline on everything.”

On Wednesday, MLS and the MLSPA announced the deal which includes an agreement to resume the 2020 season with a World-Cup style tournament played at ESPN’s Wide World of Sports Complex at Disney World in Orlando, Florida, without any fans in attendance, although the specific details are yet to be confirmed.

The MLS regular season, of course, has been suspended since March 12 due to the COVID-19 pandemic with FCC having played just two matches.

“It’s been a stressful process,” FCC goalkeeper Spencer Richey said. “Especially with the pandemic, the protests and everything going on in the world, it made it that much difficult. Both sides are excited to get back to focusing on just soccer.”

MLS commissioner Don Garber said on Wednesday that the league has lost $1 billion due to the stoppage in play, and the new CBA includes pay cuts and reduced bonuses.

“Now that the new CBA has been ratified, we also now have a clear path ahead through the 2025 season,” said FCC president Jeff Berding in a statement. “This approval provides the league and our clubs added stability and continuity as we grow in this exciting prelude to the 2026 FIFA World Cup, which the U.S. will jointly host.”

ESPN’s Jeff Carlisle reported that MLS players agreed to economic concessions of more than $100 million, including a salary cut of 7.5% that will start in June. Players’ bonuses are capped at $5 million for this season.

MLS removed a ‘force majeure’ clause that could have been triggered if five clubs experienced a 25% or more drop in attendance in a single season. Garber said the clause was intended to protect the league in the event of a continuation of the current pandemic or other significant event.

Both sides had an agreement in principle in February, but it wasn’t ratified before the pandemic halted the season.

“It was frustrating that the CBA didn’t get ratified in (February),” said Hagglund. “but we understood the pandemic was about to change everything. It was back and forth from both sides. There had to be concessions.”

As negotiations became more tense, players from several clubs, including FCC, did not report to voluntary training on Monday. The ultimatum from the league came Tuesday, and the league gave the players until noon Wednesday to agree to its revisions.

With far more pressing events taking place throughout the world, celebration over the new deal was muted. Several MLS players said the league’s threat to lock them out will leave a lasting mark.

“There were some boiling points, some sticking points,” said Hagglund. “Negotiating is never easy.”