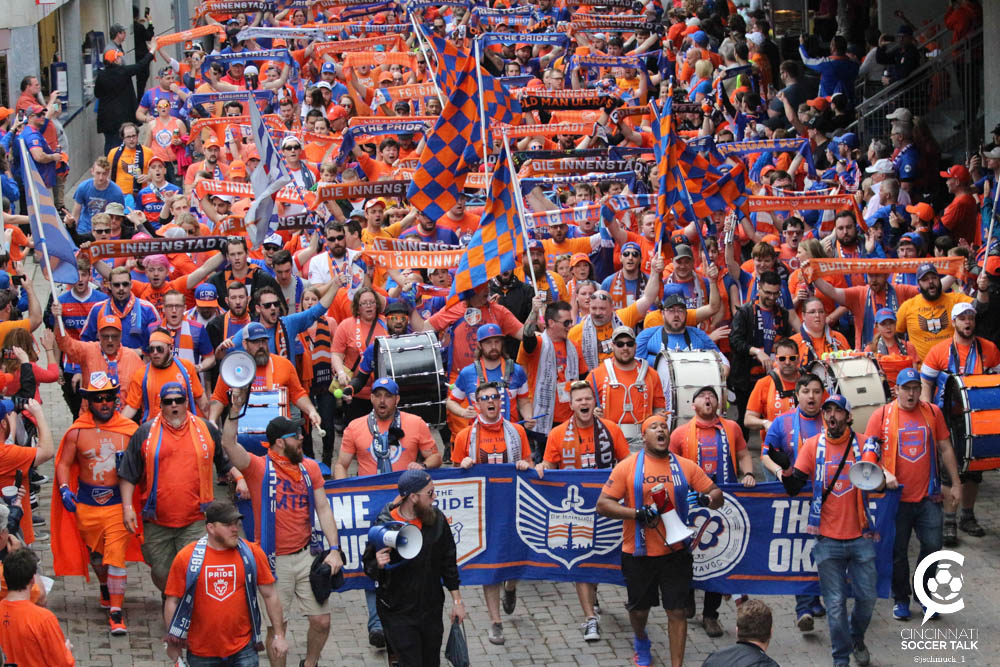 An MLS player lockout, stopping efforts to restart play after the COVID-19 suspension, would be a bad move by the league.

The world has been a crazy place during the past three months, with our society facing many challenges, most far more important than soccer. But Americans are looking to sports for a diversion, an escape. Many soccer fans went to bed on Sunday night believing Major League Soccer was on the verge of bringing back their favorite sport.

The Major League Soccer Player’s Association (MLSPA) released a statement slightly before 9 p.m. announcing they have agreed to pay cuts, the Collective Bargaining Agreement (CBA) extension to 2025 proposed by the league’s owners, reduced bonuses and more concessions totaling over $100 million in future salary losses. This was expected to be approved by the owners and would see MLS return in early July.

It appears the owners decided that wasn’t enough. Now we are facing a year without soccer unless more financial burden is placed on the players. That’s right, billionaires could lock out players in the midst of a global pandemic and racial tension.

If this happens, FC Cincinnati fans could bid farewell to Jurgen Locadia, and MLS could lose stars like Carlos Vela, and Josef Martinez. You can also kiss any hope of premier players ever returning to the league in its current form.

The salary issue is “close” with owners wanting an 8.75% cut vs. the MLSPA proposal of 7.5% (which is generous). The fact that players would agree to a cut when you are shipping them off for over a month to Florida without their families and in an environment where health risks are dramatically increased is absurd. In fact, they should get a bonus.

This is all on top of a deliberate effort to hurt the player’s future earnings, which would hurt the league’s growth and the owners’ investment.

MLS is proposing a force majeure clause that gives the league the right to back out of the new CBA if five teams suffer an attendance drop of 25 percent. Well, with inflated attendance in some markets, changing how an owner reports those numbers allows MLS to exit the deal. The owners also want to severely cut the new revenue sharing agreement by 7% over the player’s offer.

Understandably, we are in a pandemic, the owners are facing massive revenue losses and the players should share a bit of the burden. But there are more billionaires in the league than players on $5 million contracts. Many of your teams have combined payrolls less than the salary of Joey Votto.

Are salaries for players, ticket staff, operations, and other MLS employees really bankrupting the league? Read the room. Should owners use a pandemic as leverage to minimize their losses?

As owners of a growing league with a progressive fanbase, MLS should be concerned about protecting its fan base. As viewership of Bundesliga over the past couple weekends will attest, MLS isn’t the only soccer product Americans will consume.

MLS should be opportunistic right now — expand payrolls, add quality players. Take risks and jump into a different stratosphere of soccer/football leagues worldwide. Instead, the league seems incapable of being proactive and is just giving lip service for future aspirations.

Do the right thing, MLS. Agree to what the players will accept. Keep the proverbial ball rolling in the right direction. Get through this tough time as leaders and not penny-pinchers. Doing the right thing should be easy, especially now, when citizens throughout this country are being asked to make sacrifices for the greater good.

Locking out the players during a pandemic is a bad look. Back your players, staff, supporters and all of your stakeholders. Easy for us to say, right? It’s not our money, of course. But the club you purchased for $25 million will one day be sold for $500 million, or more.

At the moment, the most important thing is to get your teams safely back on the field. Grow the game. Not suppress it. Support your players. Don’t add stress to them and their families. You are hurting, but we are too. Pay your players and staff to get them back on the field now, or pay them until it’s safe.

Above all, do the right thing. Which is what your fans are being asked to do.