While we wait for MLS play to resume, Brad Gough introduces a series scouting players on FC Cincinnati’s roster. First up is center back Tom Pettersson.

With the break in play due to COVID-19, I am going to take the next few weeks and work through the roster, watching film and doing scouting reports. Check the archives for my scouting reports on Jurgen Locadia, Yuya Kubo and Adrien Regattin. This report is on center back Tom Pettersson.

Pettersson stands in at 6 foot 3 and 180 lbs. He will turn 30 at the end of March, meaning he is at the back end of his prime playing years. He is a left-footed center back and has spent time playing in a back four and on the left side of a back three. He even has 44 matches under his belt as a defensive center midfielder.

Pettersson comes to FC Cincinnati from Ostersunds FK of the Swedish Allsvenskan, where he spent three seasons. The last of those seasons was interrupted by a lengthy injury, but other than that he has not struggled for fitness too often.

Pettersson looks the part of a proper center back. He is tall and sturdy, and watching his film, it is evident that he is very good at winning first balls in the air. He has decently fluid hips, meaning that he is able to flip from right foot forward to left foot forward while defending 1v1 without too much trouble. Pettersson is also fairly quick for a big man and much more mobile than Kendall Waston.

Pettersson is very aggressive stepping toward attackers that are looking to receive the ball back to goal. Because of this he sometimes wanders slightly out of position. However, all in all this is a good trait as he rarely allows attackers to turn on him and take him on off the dribble.

One thing that stands out in Pettersson’s play is how good he is in possession. He is able to receive the ball and make a crisp pass to a teammate very quickly. He has active eyes in possession and is able to play out of pressure. Below, we see Pettersson getting ready to receive a pass from the center back. He takes a look to see the oncoming defender as well as a teammate in a good position. 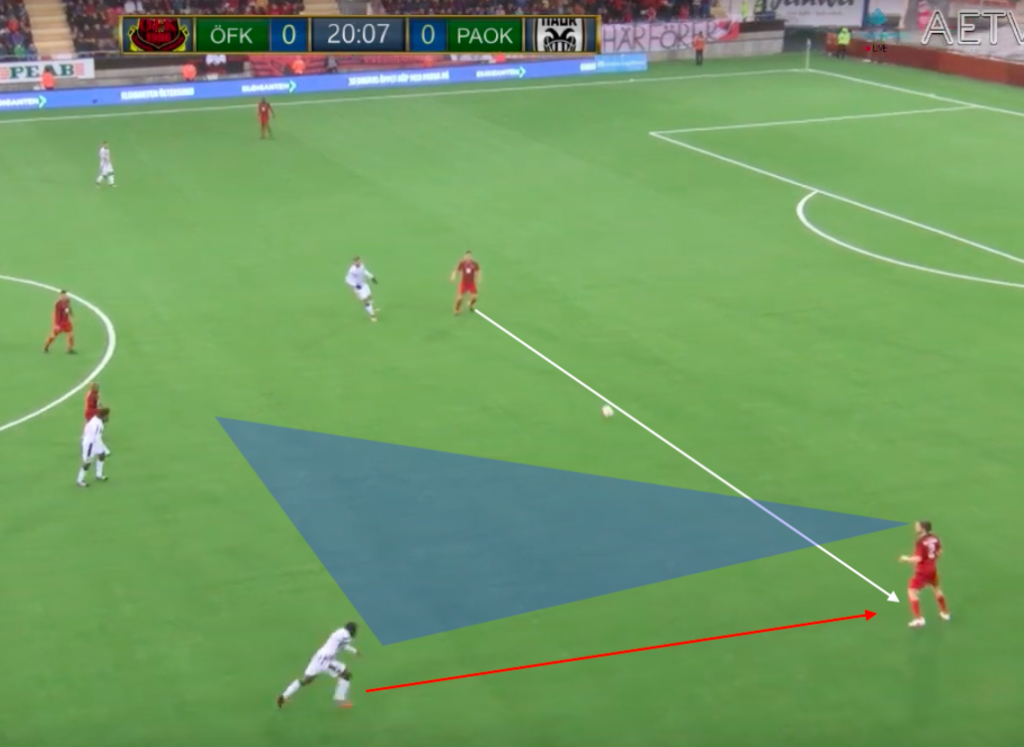 Identifying the passing option, he opens his hips and plays a one-touch pass right by the closing defender to the feet of his teammate. 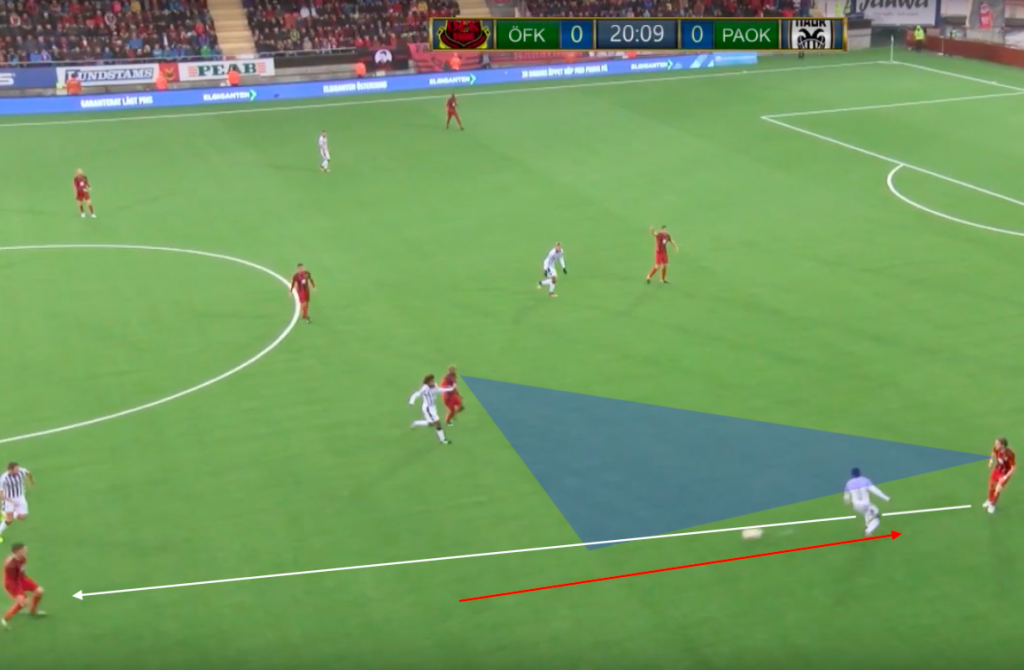 He is not an elite passing center back, and most of his passes are simple. Therefore, he doesn’t often hit long diagonals or line-splitting passes. However, his time as a midfielder shows in his ability to bring the ball forward out of the back as well. Below we see him step forward with the ball into the space provided. 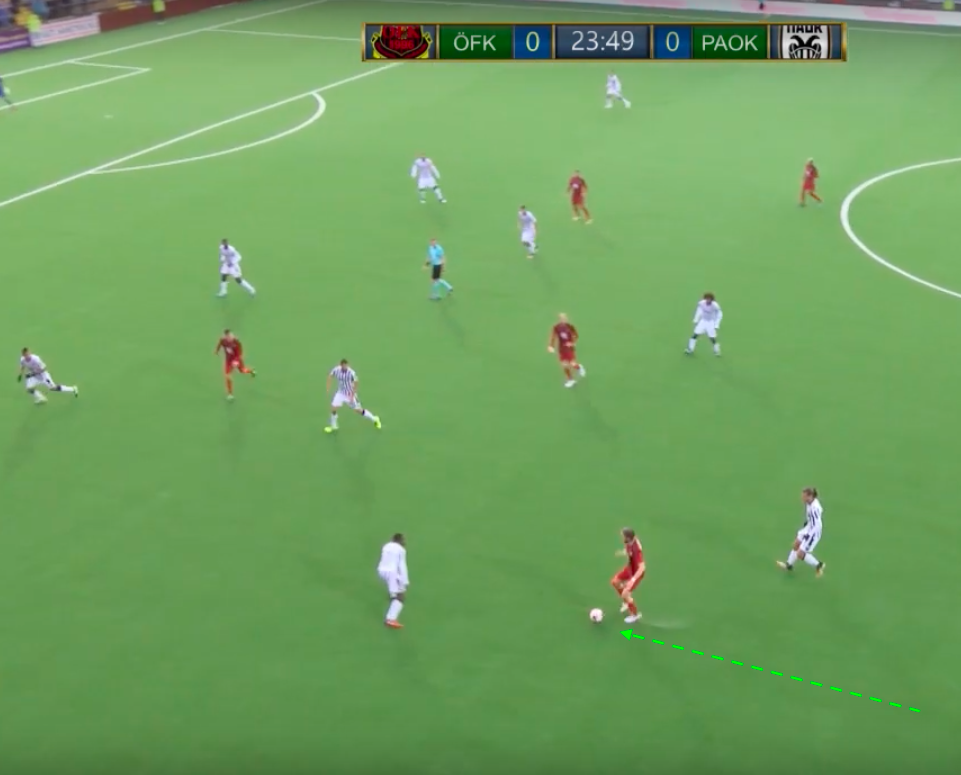 Seeing his options to the left covered, he cuts the ball inside and splits the defenders on the dribble. 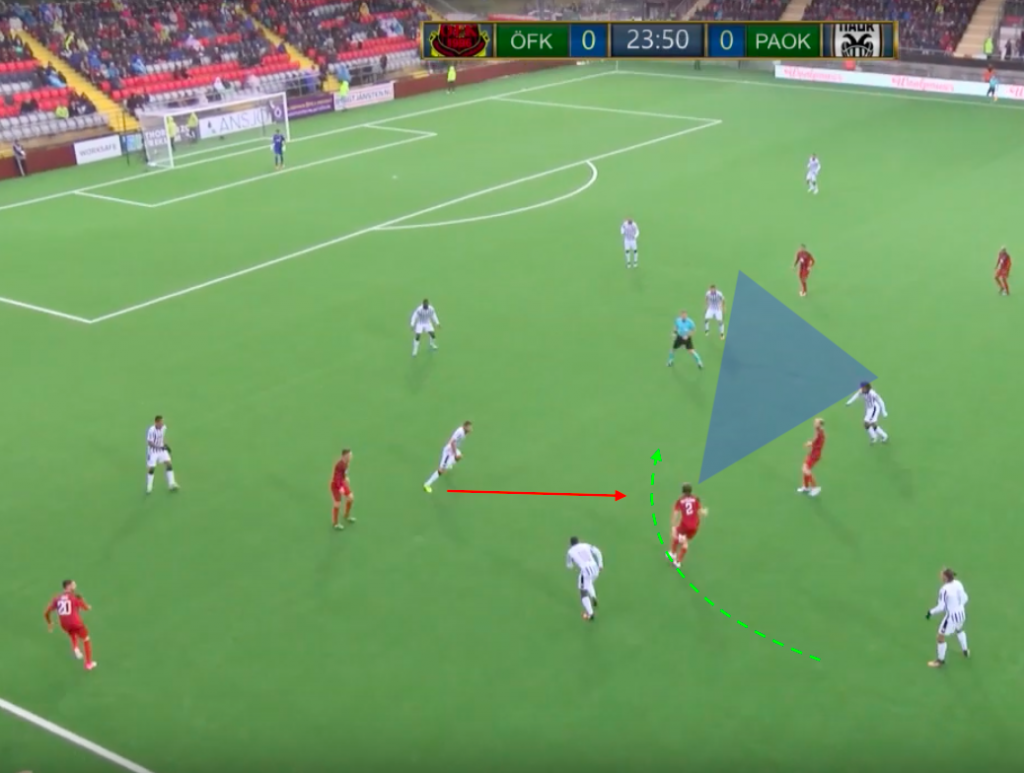 Forcing the defenders to step to him to stop his run, he finds an excellent square ball into the feet of an attacker in space. 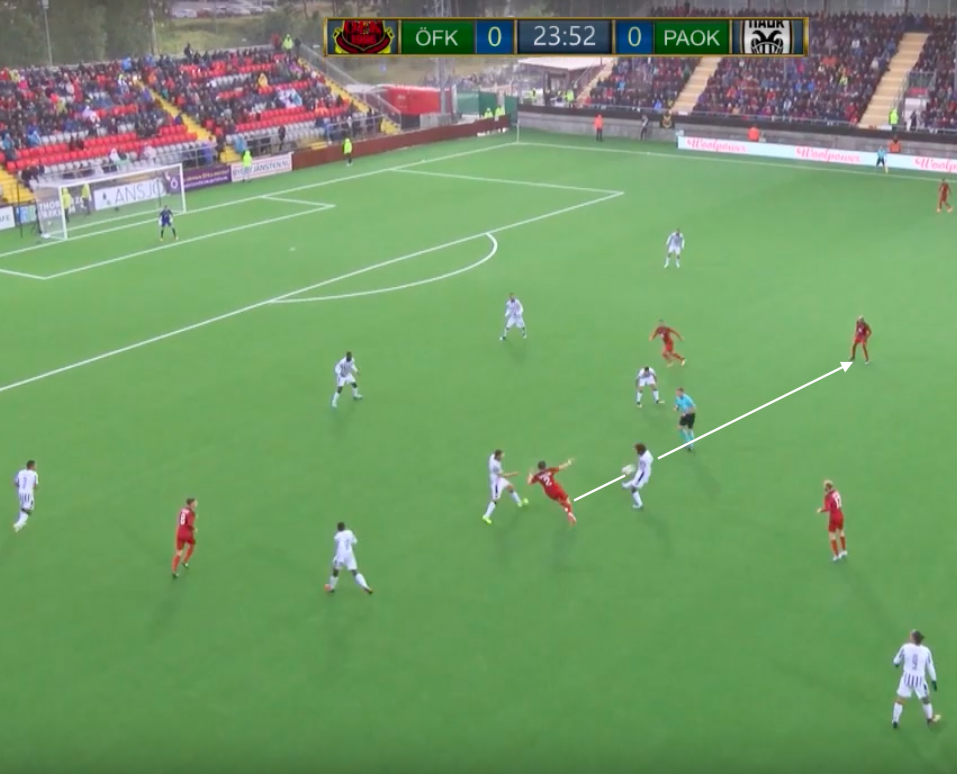 In my opinion, Pettersson’s best trait is his ability to stay mentally plugged in at all times. Watching his film, he is always scanning the field looking for dangerous runners and open attackers when defending and passing options when in possession. This is especially evident in the box, where he sticks to his man and is rarely, if ever, beat with a quick darting run.

Pettersson’s mental agility would be a much-needed asset to an FC Cincinnati backline that is too often caught napping by creative runs from attackers. His crisp play in possession would certainly aid in the club’s desires to build out of the back.

The only issue I see is that Pettersson seems more comfortable playing in a back three, where his aggressive stepping can be accounted for by his defensive mates. Furthermore, being a left-sided defender it seems that the only person along the backline he could replace is club captain Waston — a move that some of the team might not take too kindly to.

Tune into the latest Talking Tactics with Coach Gough Podcast as Brad answers listener questions from the mailbag!