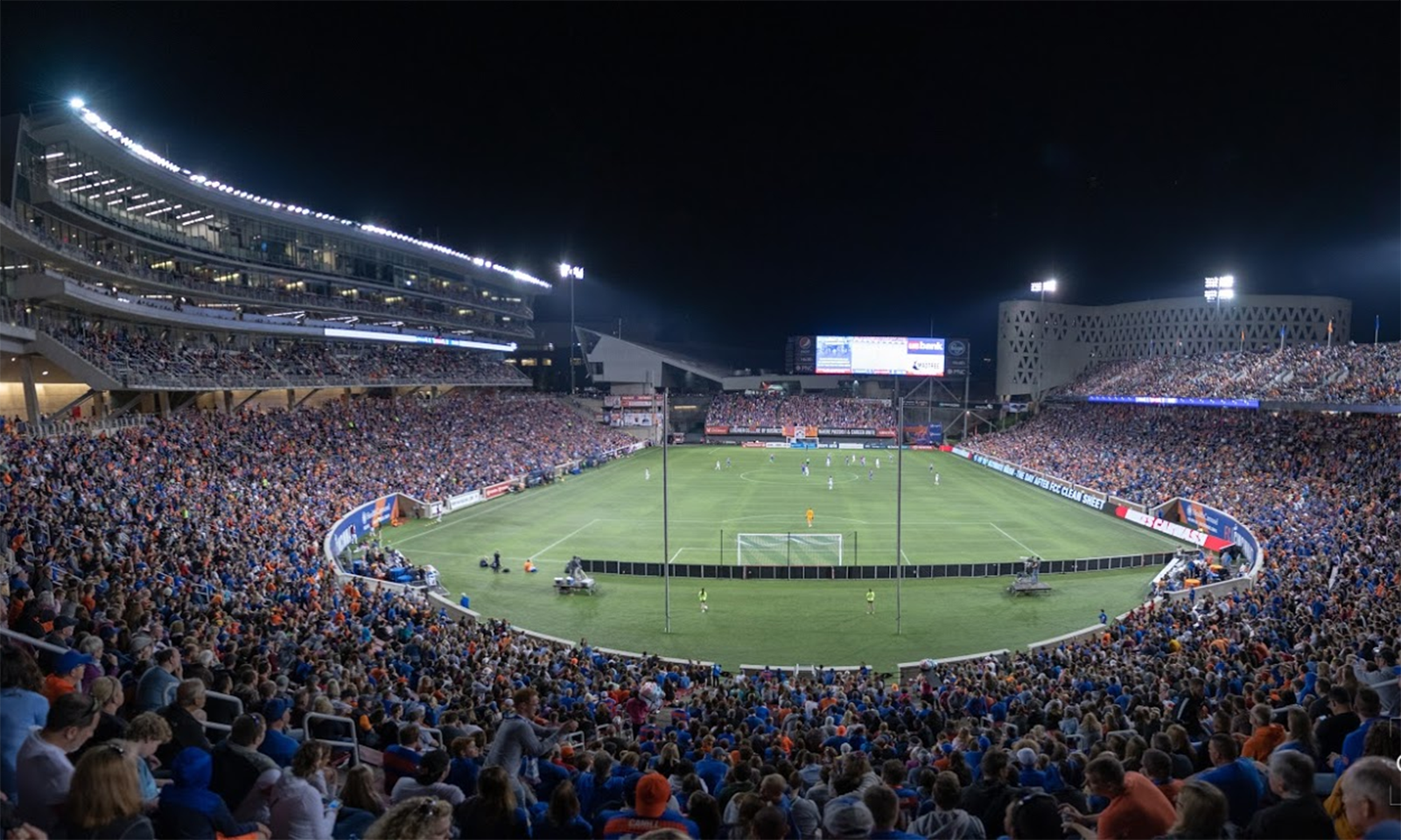 MASON — To say FC Cincinnati has had some memorable games in its young history at Nippert Stadium would be an understatement.

Nippert has seen some wild celebrations. An upstart Orange and Blue knocking out the Chicago Fire during the 2017 U.S. Open Cup run as Mitch Hildebrandt swatted away the deciding penalty kick comes to mind. So does the image of the 2018 USL Supporters Shield winners hoisting their trophy, bouncing up and down in the middle of the pitch.

There have been controversial matches. Think Djiby’s “bitegate” incident against Louisville City FC in the Dirty River Derby in 2017. Or referee Guido Gonzalez Jr. handing out card after card of both colors in a match against the Rochester Rhinos later that same year.

And Nippert has been simply electric, such as last year when FC Cincinnati downed the Portland Timbers in its first MLS home game.

There’s only one more season left to make new Nippert memories. FC Cincinnati is preparing for the start of its last season at the historic venue — which begins 5:30 p.m. Saturday against D.C. United — before moving into the new West End stadium in 2021.

“I think Nippert is an amazing place,” interim coach Yoann Damet said at the club’s media day. “I think everybody loves to be in that stadium and loves to be surrounded by the fans. In the past year since I’ve been with the club has been amazing. I think everybody’s excited to experience that, especially the new players that haven’t been in that stadium and haven’t felt that support. I think it’s going to be huge for everyone. We’re all looking forward to seeing the fans again.”

Midfielder Jimmy McLaughlin has been with FC Cincinnati from the first USL home game in 2016. After lifting the trophy in 2018, he recalled his first tour of Nippert and was told the club hoped to draw 8,000 to 10,000 fans each game.

McLaughlin counts many moments of that first year as ones he’ll remember — the first home game, later drawing 20,000 fans for the first time against the Pittsburgh Riverhounds and the Crystal Palace international friendly among them.

But there’s one that sticks out a little more.

“The Chicago Fire game I think really takes the cake in terms of the craziest atmosphere I’ve ever seen at Nippert,” McLaughlin said.

“It’s bittersweet for me. It’s clearly going to be fantastic moving to our own permanent home, and it’s going to be a world-class stadium. But at the same time, every single memory we’ve ever made as an organization has been at Nippert Stadium. It will always hold a special place in my heart.”

Growth of club ‘out of thin air’

For goalkeeper Spencer Richey, who joined the team in 2018, his top moments are the first MLS home game and the 2018 playoff win in a penalty shootout against Nashville SC.

In that shootout, Justin Davis sent Nashville’s sixth penalty over Richey’s goal, sparking a premature celebration led by McLaughlin. Kenney Walker still had to bury his kick, and bury it he did to advance FC Cincinnati.

“The Nashville playoff game was an awesome, awesome experience,” Richey said. “We won in a shootout and to get a playoff win is awesome.

“It’s been a great stadium for this club. It’s been a place where my career has certainly taken the next step for me personally. The growth of this club out of thin air over the past three-four years has all been centered around Nippert Stadium and the atmosphere that the fans create there.”

‘It has a special energy’

Most MLS stadiums have sections designated for their rowdiest fans. Drums, flags, smoke and chants are commonplace in these sections around the league.

But few, if any, of these sections are in a crow’s nest like the Bailey is at Nippert. It can make it an interesting experience for goalkeepers for half of the match.

“I’m not going to say it’s sad to be on the other side of the field but there’s something about playing at that end,” Richey said. “They’re legitimately on top of you there. It’s a blast when the team’s doing well. When the Bailey’s rocking, there’s no better place to play in the league.”

Both McLaughlin and Richey said opposing players have told them they’re envious of Nippert’s atmosphere.

Midfielder Haris Medunjanin is one of two current FC Cincinnati players who have been on the Nippert pitch as an opponent, with the other being Hassan Ndam.

Medunjanin played all 90 minutes for the Philadelphia Union in driving rain at Nippert last March, a match the Union won 2-0.

“The people over here really like soccer. For a soccer player, that’s a positive thing to be in every game with 30,000 people in the stands,” Medunjanin said.

“It’s a different stadium. It has its own atmosphere, especially when it’s full. It’s an artificial pitch, but I liked it.”

It’s no secret that soccer players prefer to play on natural grass, as opposed to turf. The new West End stadium will also be a place the club can call its own, which is a big perk. But there is a certain charm to Nippert that will be missed, McLaughlin said.

“I think it’s a fantastic stadium to play in,” he said. “For some reason, it feels like the noise just gets stuck in there and it can get so loud. And with it being a little bit older, I feel like it has a special energy to it. I don’t know if it’s exactly because of how it’s built or what, but there’s something about the atmosphere there that really is special, and it’s not just us playing for Cincinnati that think that.”