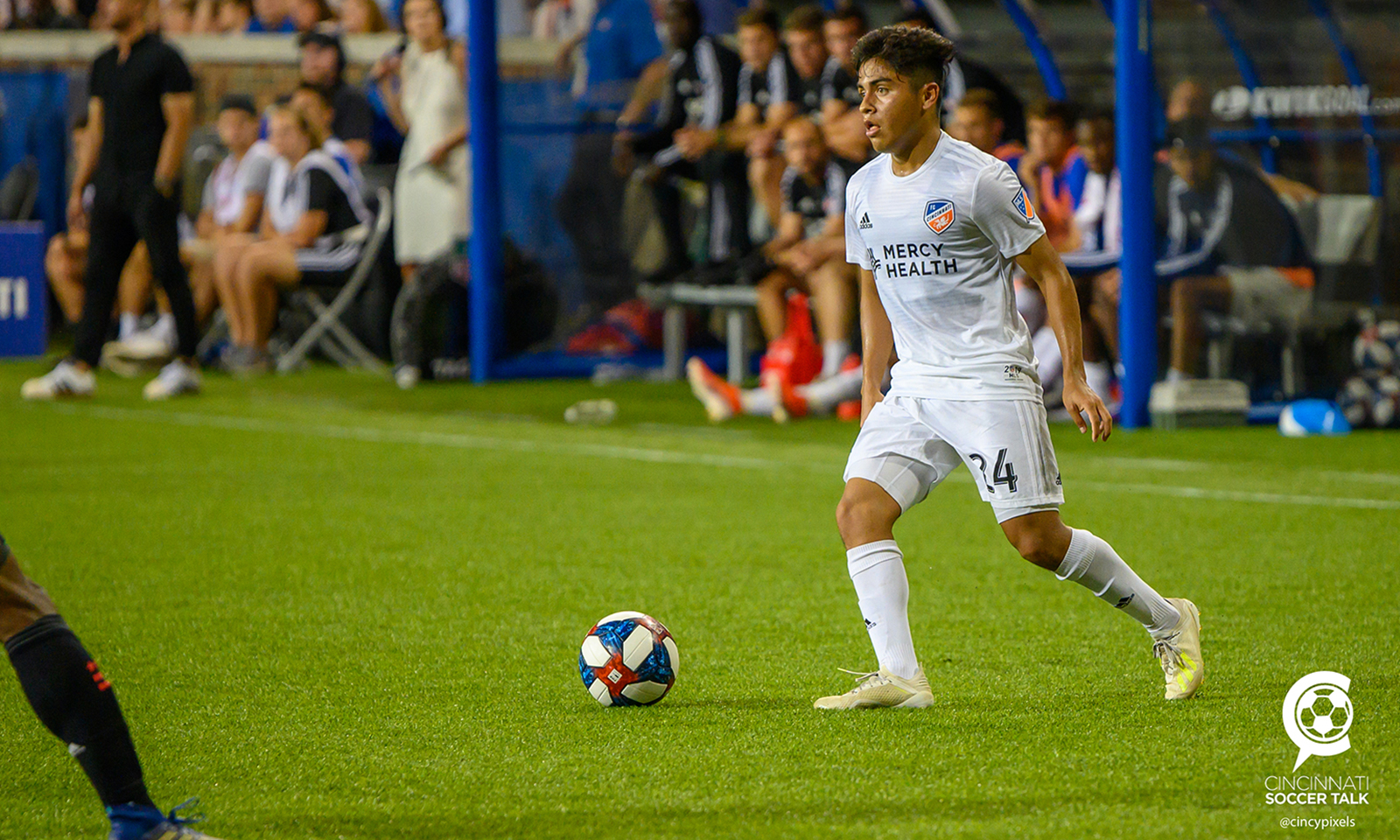 Haris Medunjanin has already proved to be a valuable mentor for Frankie Amaya in FC Cincinnati’s midfield. Medunjanin says Amaya has the quality to make an impact at Nippert Stadium in 2020 and even someday land in Europe.

MASON — Haris Medunjanin and Frankie Amaya are neighbors in FC Cincinnati’s locker room. Whether that was planned or a coincidence is unclear, but the benefits could be plentiful.

Medunjanin, 34, is the oldest player on the club’s 2020 roster and has 16 years of professional experience under his belt. When he broke in with AZ in the Eredivisie in February 2005, Frankie Amaya, FC Cincinnati’s youngest player at 19, hadn’t yet hit kindergarten.

The seasoned veteran, known for his prolific passing, is a natural mentor for Amaya, who enters his second professional season in FC Cincinnati’s midfield. Medunjanin’s tutelage of Amaya began in preseason training and is sure to continue into the regular season.

“There’s going to be a lot of conversation,” Medunjanin said last week at FC Cincinnati’s media day at the Marriott Cincinnati Northeast in Mason. “He’s a smart kid. He understands the game. He will be open for that.”

Said Amaya, “I think (Medunjanin) is the type of player to just come in and from the get-go you can see his experience and everything about him — his technique, his pure class. You can just see the type of player he is. He kind of coaches me when he sees I’m struggling somewhere. He’s always there, whether it’s defensively or offensively, he tells me when I’m doing something wrong and he tells me when I’m doing something right.”

The first overall pick in the 2019 MLS SuperDraft, Amaya made 19 appearances, including 15 starts, in his rookie year. He’s still searching for his first MLS goal and assist.

The key to recording those numbers, Medunjanin said, is to “let the creative player be creative.

“You’re the creative guy in the midfield, so you need to create chances for the strikers. You need to have assists. You need to score goals. You cannot be happy because you give one good pass. In 90 minutes, you should always create three, four chances for somebody to create something. You’re the main guy. Everybody can pass the ball, but nobody can give a ball behind. That’s his job — to score goals, to be there around the box.”

During preseason training, Amaya was more assertive in the final third. His first season was a learning experience, he said. Now it’s time to prove himself.

“Just getting playing time was a huge step in my development — getting games and minutes, just experiencing the players around the league,” Amaya said. “Now I see what I can do better in my second season.”

If Amaya puts in the work in training, he has the potential to not only be an impact in FC Cincinnati’s attack but also find his way back to the United States national team, Medunjanin said.

Amaya was on the U.S. U-20 team that won the Concacaf trophy in 2018 and scored a goal against France on March 21 of that year. But then-coach Tab Ramos passed over Amaya when assembling his U-20 World Cup team last May.

Amaya has that potential and could even land in Europe, Medunjanin said.

“Hopefully for him, he can make that step,” Medunjanin said. “He has the quality, but it’s up to him if he wants to do it or not.”