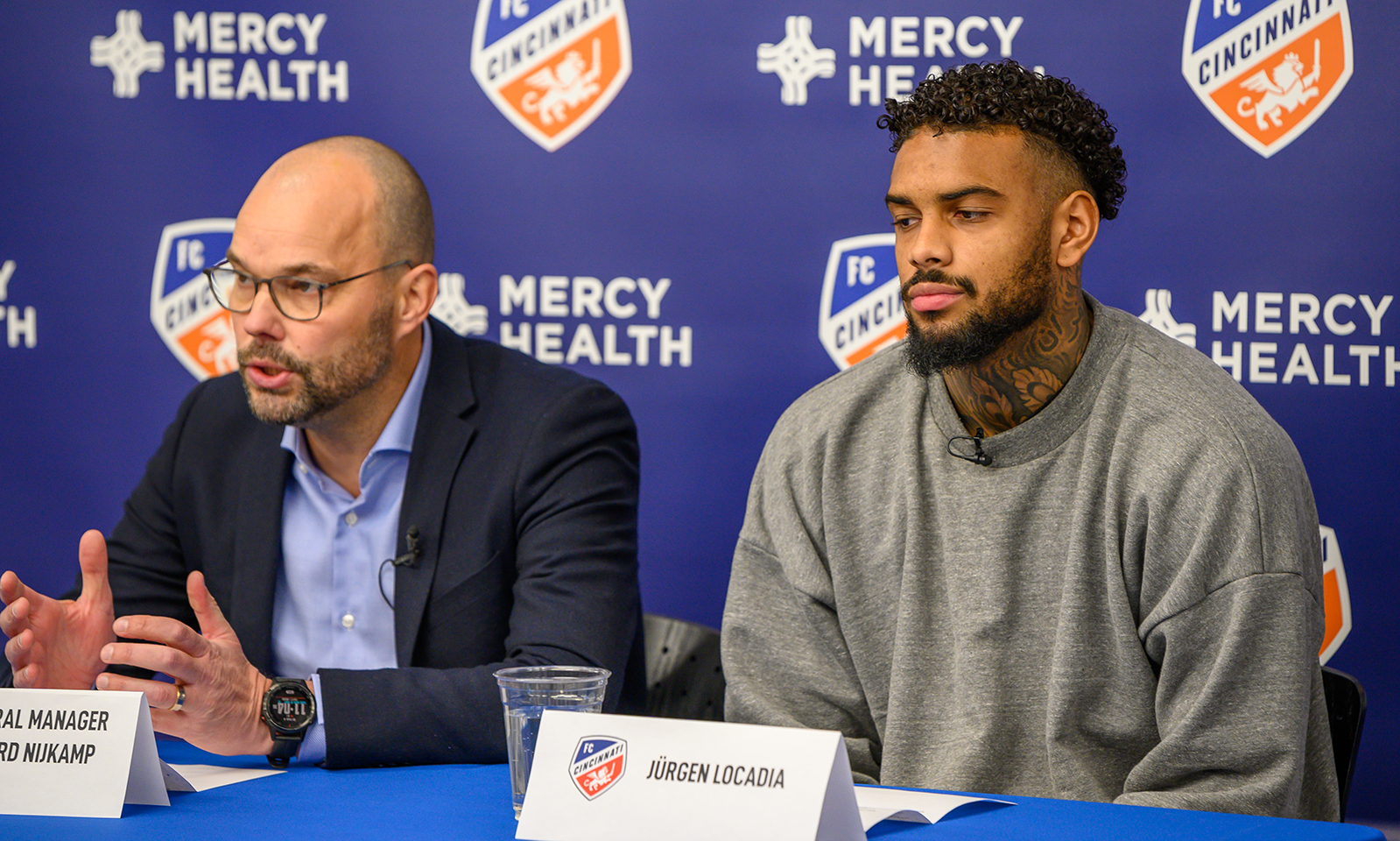 The 2020 season for FC Cincinnati is about to get underway. That means getting to watch our favorite team step back onto the field and strut its stuff. I know I’m excited to see who stands out from the rest of the pack.

This might be cheating, but I think the player to watch here is Brandon Vazquez. Yes, FC Cincinnati traded with Nashville SC to get him, but I think he could be a player that could contribute a lot to the team. Due to playing behind Josef Martinez in Atlanta, he didn’t get a lot of time to shine as a forward. In only seven appearances in the U.S. Open Cup, he has scored six goals. Also, in less than 900 minutes he has scored three goals in MLS. It’s also important to note he is still only 21, so he has a lot of time to grow. He isn’t the starter thanks to the acquisition of Jurgen Locadia, but I still think we could see a lot of him on the field, and he definitely has the talent to score. If something were to happen to Locadia, Vazquez would be someone FCC could easily start in his place.

Defensive Player of the Year

My pick for the Defensive Player of the Year is coming completely out of nowhere. I’m taking a stab in the dark that Tom Pettersson will be a starter for FCC and exceed all expectations. While we haven’t seen anything from him in an FCC kit, he has significant experience outside of MLS. In the last five seasons, he has played at least 25 games per season. That is not a player I see being a backup. I think we could see a couple of defensive players moved, and Pettersson will stay thanks to him being brought in with the regime of general manager Gerard Nijkamp.

Locadia is the obvious selection out of the FC Cincinnati players who would probably score the most, and I’m going to be a normie and stick to that. One of the significant weaknesses of the team last season was it couldn’t finish its chances. Even when it did get them, it felt like the post was the object that got hit the most, and that’s something Locadia will change. It also helps he isn’t the only big option on the offensive side, as Yuya Kubo will shift defensive eyes as well, but I think Locadia sees the most goals by the end of the season.

Other than the porous defense, I think the worst part of FC Cincinnati last season was it just couldn’t create chances. Ninety-nine percent of the chances created were basically just brute-forcing its way through the opposing defense. It was a shock when the team passed its way through the opposition and got in front of the goal. That changes this year with the player who I predict will win MVP for FC Cincinnati, Siem de Jong. De Jong is an attack-minded midfielder who can assist as well as score. There was a dearth of attacking-minded midfielders last season, Frankie Amaya the only player coming to mind. De Jong will help shift the attack forward into the opponent’s final third. De Jong, as well as Haris Medunjanin, will change the way the team plays because they allow the team to more easily pass its way through the opposition. I think by the end of the season de Jong will have shown why FCC signed him.